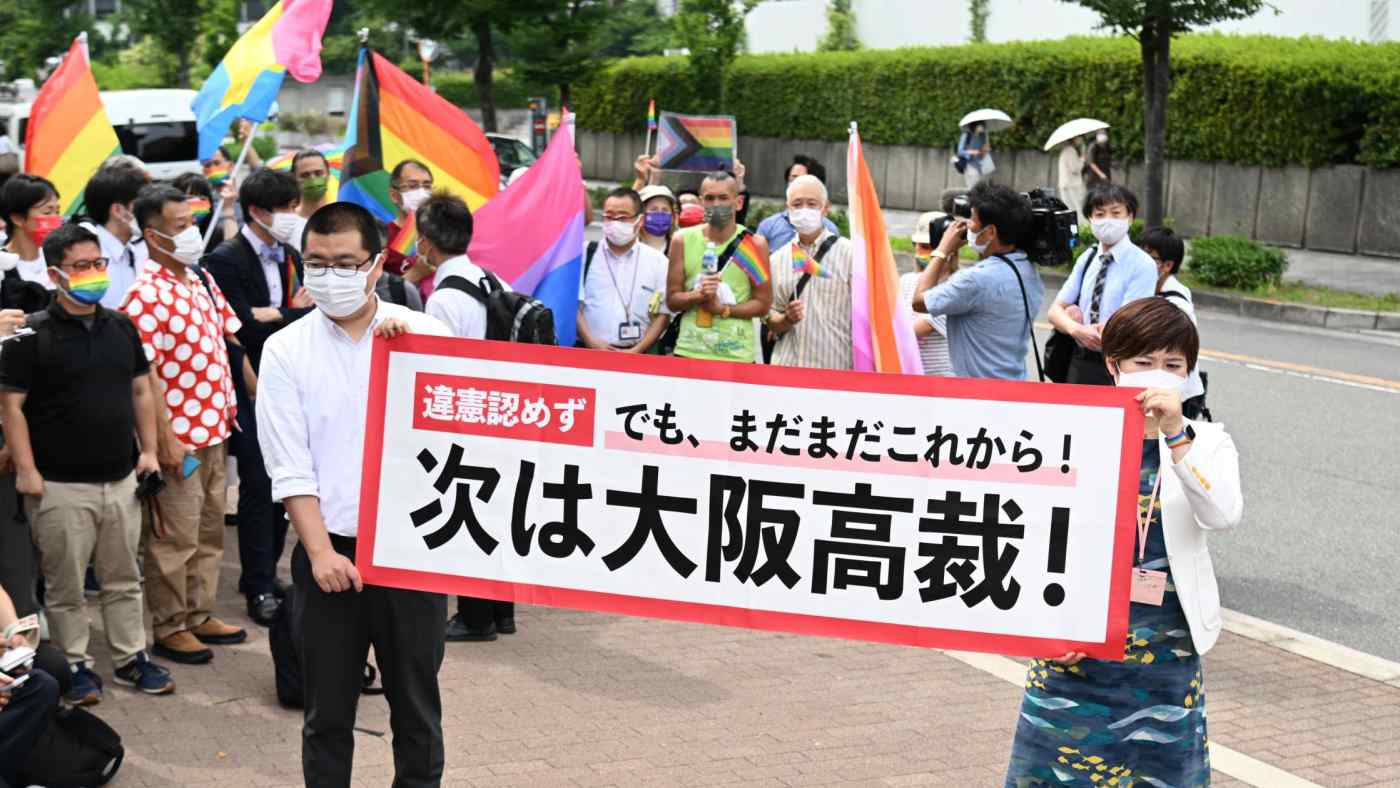 TOKYO -- Osaka District Court on Monday ruled that it is "constitutional" for Japan not to allow same-sex unions, in a setback for LGBT+ rights advocates in the only Group of Seven nation that does not recognize marriage equality.

The ruling was Japan's second on marriage equality after a landmark judgment by the Sapporo District Court last year that found the country's failure to recognize same-sex marriage was unconstitutional, saying it violated Article 14 of the top law that states "all the people are equal under the law."