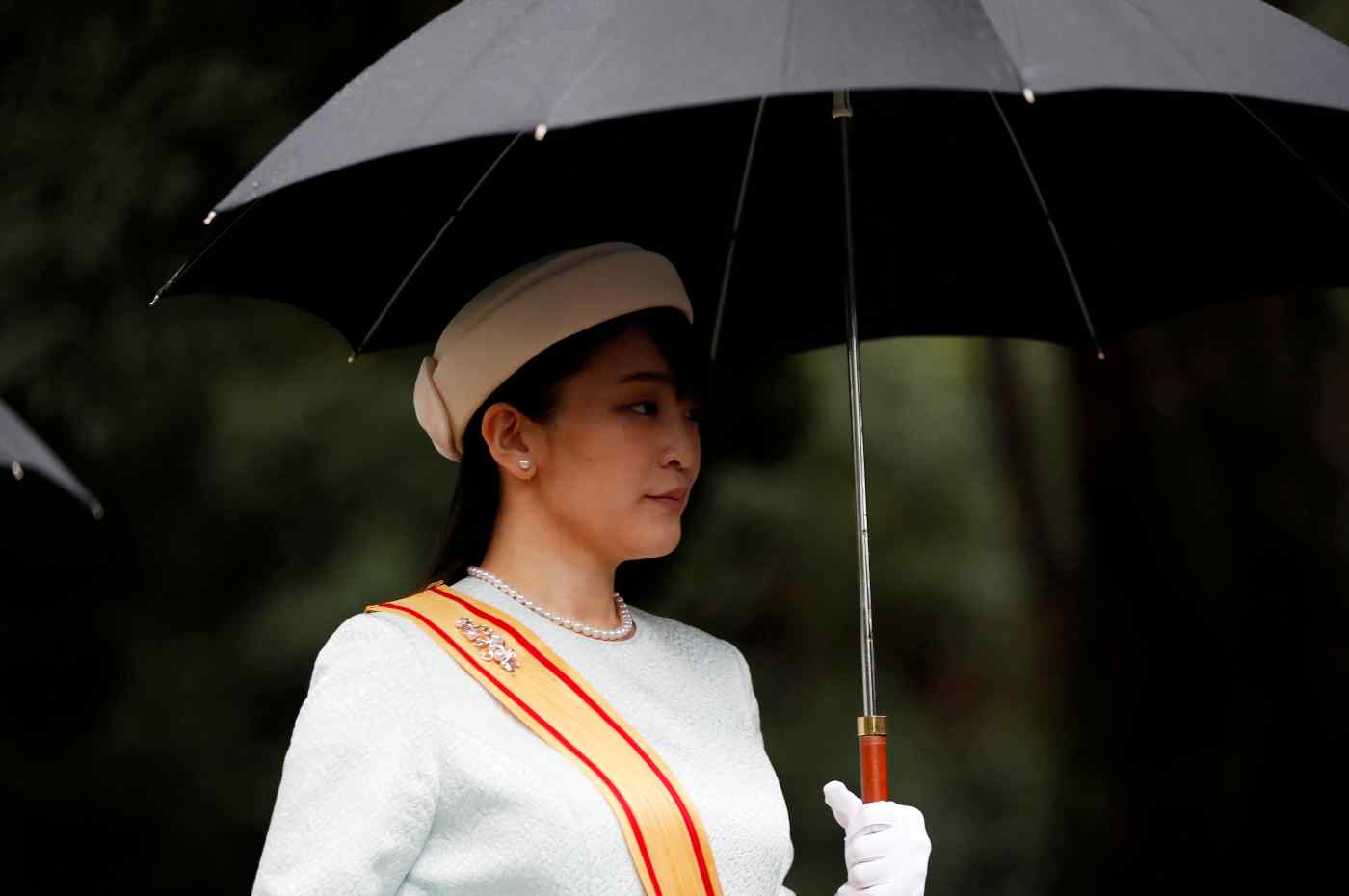 Princess Mako, seen here in 2019, has been diagnosed with a post-traumatic stress disorder due to abusive commentary with which the princess feels she and the Komuro family have been targeted.   © Reuters
October 1, 2021 14:41 JSTUpdated on October 1, 2021 17:04 JST | Japan
CopyCopied

TOKYO (Kyodo) -- Japan's Princess Mako will marry her boyfriend Kei Komuro on Oct. 26, the Imperial Household Agency said Friday, after their wedding was postponed from November 2018 following media reports about a financial dispute involving his mother.

The agency also revealed Princess Mako, a niece of Emperor Naruhito, has been diagnosed with complex post-traumatic stress disorder due to abusive commentary with which the princess felt she and the Komuro family were targeted.

The agency said the princess and Komuro, both 29, will hold a joint press conference on the day they are married.

Princess Mako, the eldest daughter of Crown Prince Fumihito, and Komuro are expected to register their marriage before relocating to the United States, where Komuro works at a law firm.

In a rare decision, traditional ceremonies associated with imperial family members' weddings, such as an official engagement ceremony called "Nosai no Gi," and a "Choken no Gi" official meeting with the emperor and empress prior to marriage, will not be held in view of the public controversy.

While female imperial family members traditionally receive a lump-sum payment of up to around 150 million yen ($1.3 million) in taxpayers' money upon their departure from the household, the agency said it has accepted Princess Mako's unprecedented request not to receive such payment.

The details of their marriage arrangements were announced at a press conference held by senior agency official Takaharu Kachi, an aide to the crown prince and his family.

Under the current rules, female imperial family members lose their royal status upon marrying commoners. The payments are intended to maintain the dignity of former royal family members.

Princess Mako will be the first female royal in postwar Japan to not receive the payment. She will also be the first to marry a commoner without the traditional rituals.

Since Japanese imperial family members do not have passports, the princess needs to first create a family registry with Komuro as an ordinary citizen before applying for her passport. 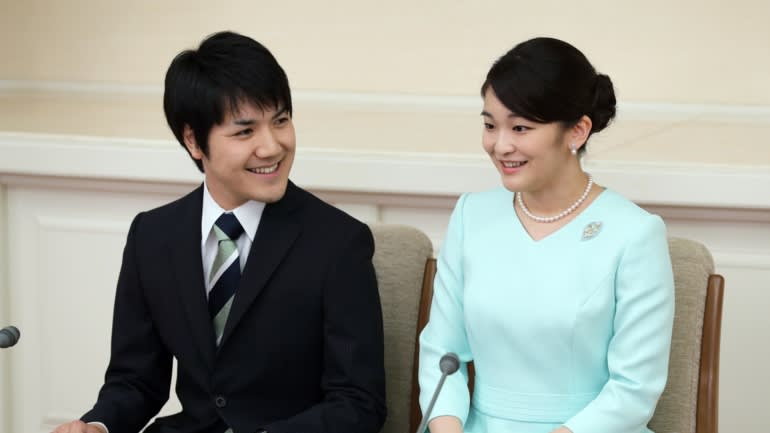 Faced with intense public scrutiny, Komuro in April issued a 24-page statement detailing the money dispute involving his mother, who allegedly owed her former fiance over 4 million yen in financial support, including the money she spent on Komuro's education.

Shortly after releasing the statement, Komuro offered to clear the alleged debt in an effort to settle the row. Komuro's lawyer said his client intends to talk with the former fiance and is arranging how to facilitate that. Komuro returned to Japan on Monday for the first time in three years since he left for New York in August 2018 to study at Fordham University's law school, from which he graduated with a Juris Doctor degree in May this year.

His appearance in Japan attracted huge media attention, with a throng of reporters gathering outside his mother's home in Yokohama near Tokyo where he has since been self-isolating as required by the country's coronavirus quarantine rules.

Komuro and the princess met in 2012 as students at International Christian University in Tokyo and were unofficially engaged in September 2017.

Their wedding was initially scheduled to take place on Nov. 4, 2018, but the agency announced in February of the same year the postponement of ritual ceremonies following reports about the financial dispute.

In November last year, Princess Mako expressed her wish to go ahead with the wedding, saying it is a "necessary choice" for the couple.