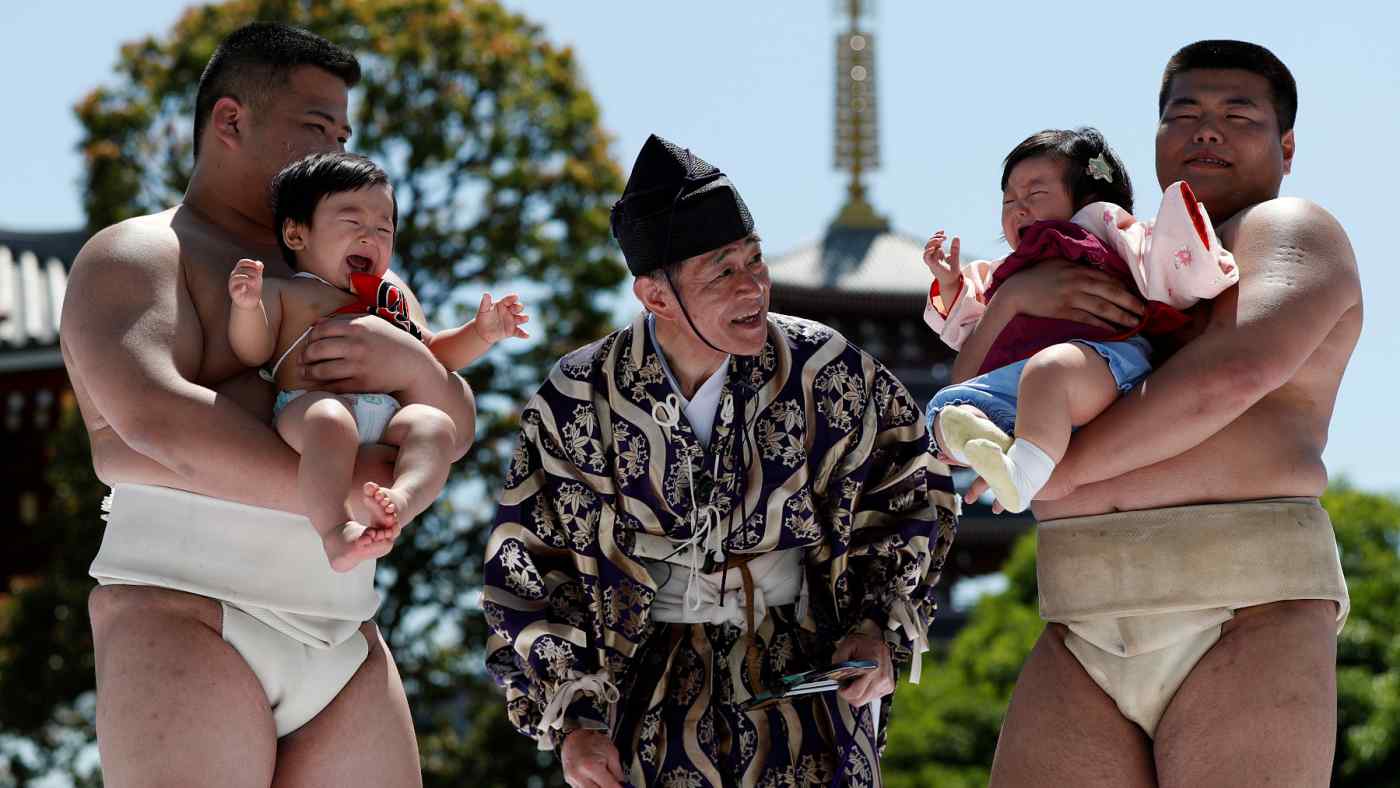 Japanese babies cry as they are held up by amateur sumo wrestlers during a baby crying contest at Sensoji temple in Tokyo. In the contest two wrestlers each hold a baby while a referee makes faces and loud noises to make them cry. The baby who cries the loudest wins.   © Reuters
KOJI OKUDA, Nikkei staff writerNovember 27, 2019 06:24 JST | Japan
CopyCopied

TOKYO -- Japanese births are on pace for the steepest drop in three decades, plunging even by comparison to the declines in recent years, despite earlier hopes that couples would ring in the new Imperial era with an addition to the family.

Total births fell 5.6% on the year in the January-September period to 673,800, preliminary data published Tuesday by the health ministry shows. The full-year total last dropped by more than 5% in 1989.