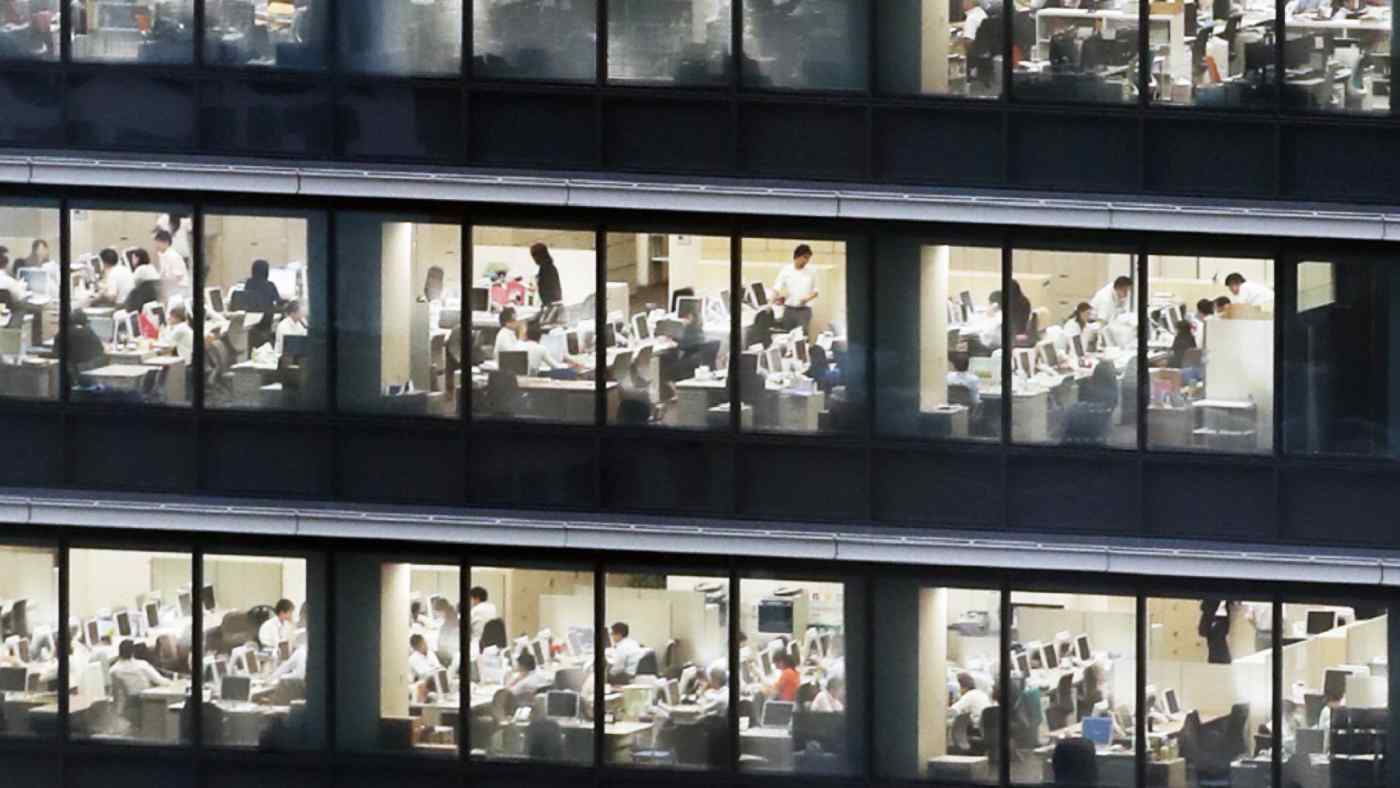 TOKYO -- Time spent on the job in Japan has fallen by nearly three 40-hour workweeks since 2018, official data shows, as government efforts to rein in unhealthy amounts of overtime kicked in. The changes forced by the pandemic further accelerated the trend.

People in Japan worked 1,811 hours on average last year, down 116 hours from 2018, according to the Japanese government's Labor Force Survey.