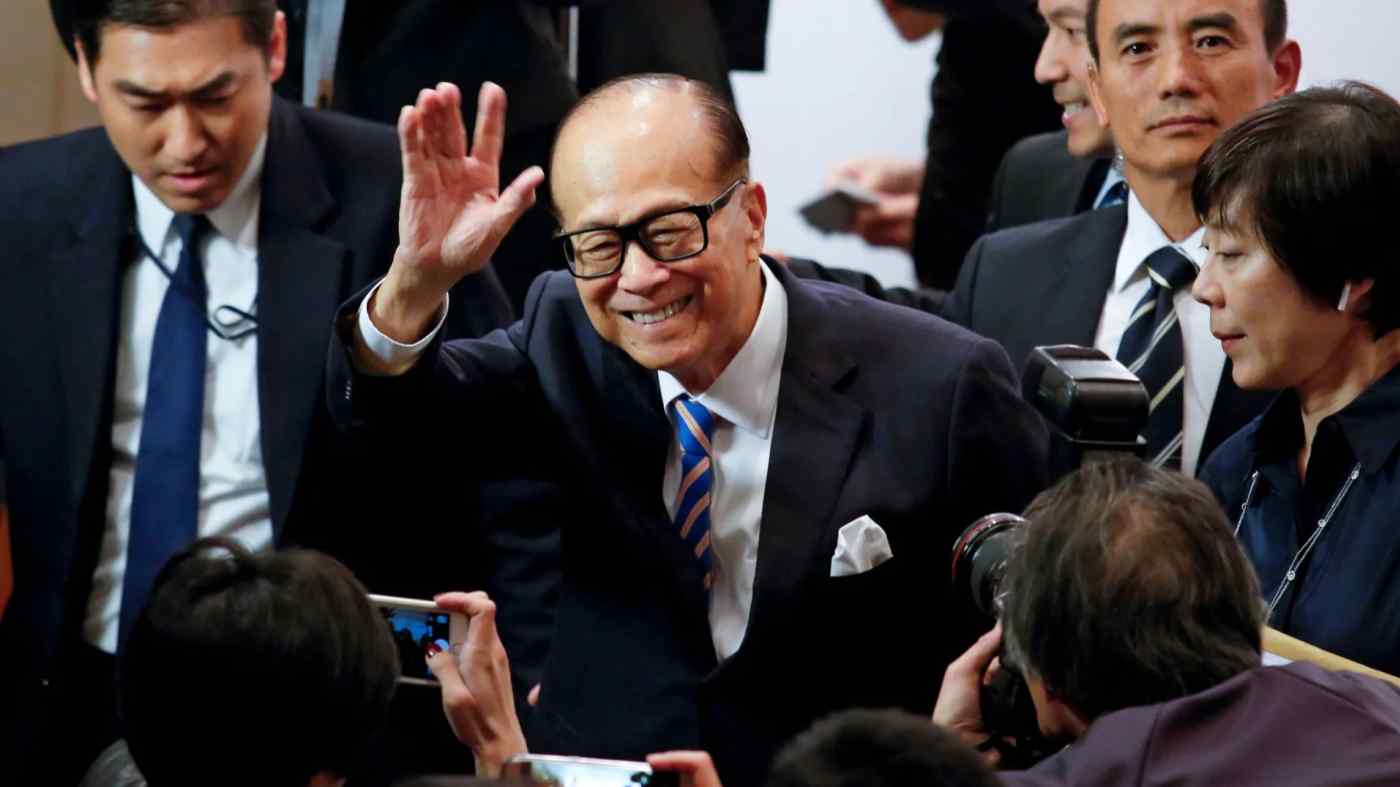 HONG KONG -- Property tycoon Li Ka-shing has been surpassed as Hong Kong's richest person after 21 years at the top, edged out by the founder of another real estate group, a new ranking shows.

That puts the 92-year-old slightly ahead of Li, one year his junior, who saw his fortune shrink 7% to $29.4 billion, according to Forbes.

Nicknamed "Uncle Four" for being the fourth born in his family, Lee built a property-centered conglomerate spanning hotels, ferry services, natural gas distribution and other businesses in a single generation.

He has been linked to U.S. billionaire Warren Buffett for his astute investments. The value of Lee's assets grew despite headwinds including the U.S.-China trade war and monthslong anti-government protests that hurt consumer spending and tourism in Hong Kong.

According to Forbes, 22 of the top 50 richest people in Hong Kong saw their wealth decline from a year earlier, but the combined worth of all 50 rose 7%.

Property billionaires made up most of the top ten. The only internet-related name, Alibaba Group Holding co-founder Joseph Tsai, ranked ninth with $11.5 billion.