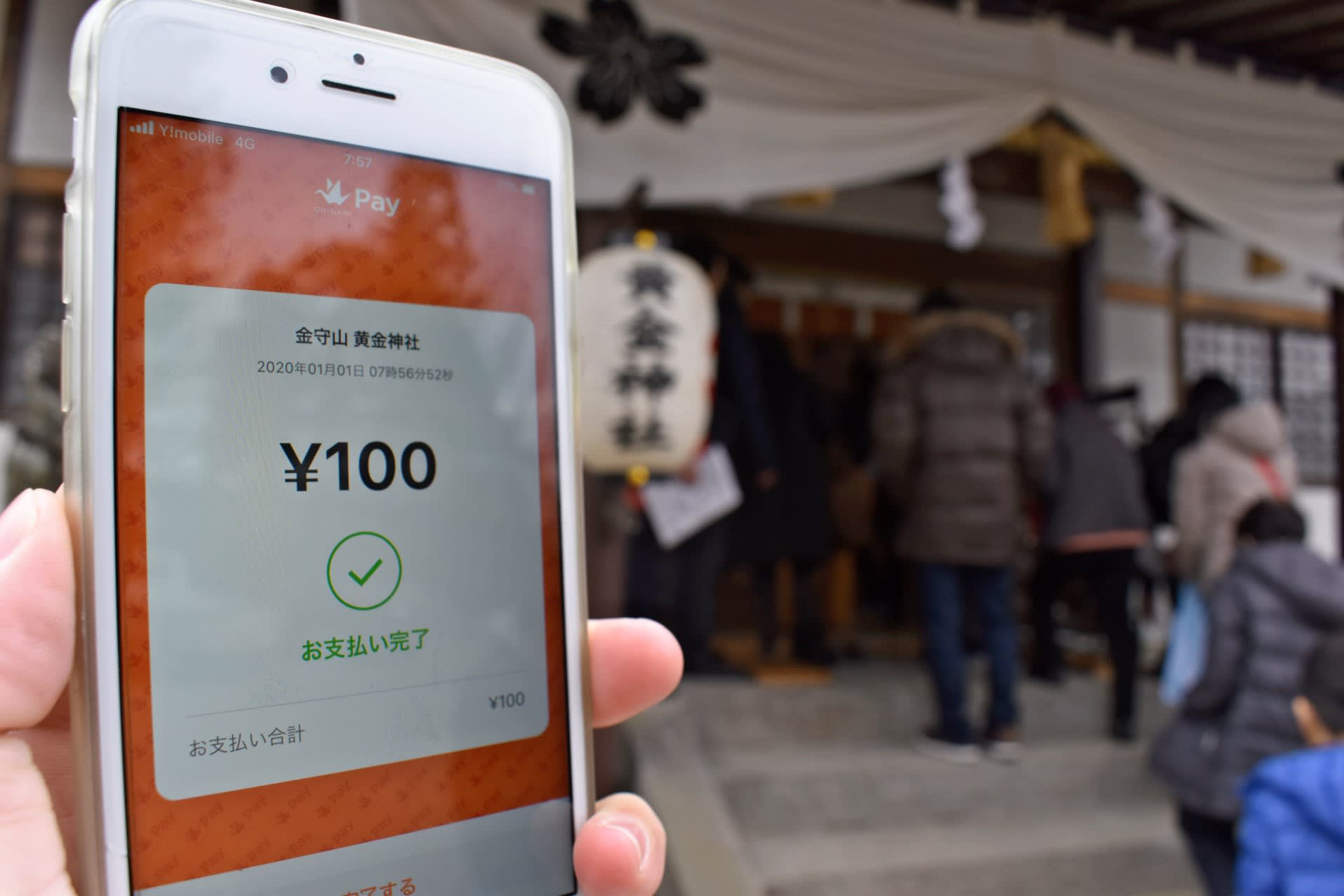 The reception has been mixed. While some tout the convenience of not having to deal with change, others worry that it is a difficult way to convey devotion, and other fret that it enables payment operators to track how individuals worship.

On New Year's Day, a cold wind blew threw the Ogon Shrine in Takayama, a small city where residents place a high value on tradition, nestled in the mountains of central Japan. A 54-year-old woman made a small offering known as saisen, scanning her smartphone over a QR code affixed to a board near an offering box. She entered the amount of the offering on an app, using the an electronic currency issued by a local credit union.

"It's convenient because I can pay without coins," she said.

Dating back centuries, saisen was originally made by offering deities small bags of rice. But as currency spread through Japan, small coins replaced rice offerings. Now, saisen is slowly transforming again in the digital age.

In June, the Shinto shrine made it possible to make cashless offerings. "I want to keep up with social changes. The number of users is only a few people a month, but it is popular among young people," said, the chief priest of the shrine.

On Shikoku, Byodoji Temple is one of the island's 88 Buddhist temples that are part of a popular pilgrimage tour. It adopted three types of smartphone payments at the end of 2018, including WeChat Pay, which is widely used in China, so foreign visitors can make offerings. But about 100 Japanese residents a year make cashless payments as well.

Myohoji Temple in the city of Fukuoka also introduced Alipay in 2017, inspired by foreign tourists who asked if they could make cashless payments, which also have benefits for the Buddhist temples by reducing fees for exchanging coins and reducing the risk of theft.

Despite the benefits of going cashless, the Kyoto Buddhist Organization, which counts about 1,000 temples as members, said in June that because the technology allows payment operators to track how much money is given by specific individuals to specific shrines, it violated freedom of religion laws.

Cashless payments also raise the issue of offerings losing the tax-exempt status because payment operators collect a commission. This also puts the institution at risk of being a for-profit business and be subject to taxation.

There is also the question of whether the cashless offerings can be considered as compensation for a service. Japanese law now says that only prepaid-type cashless payments, in which money is charged to apps in advance, are allowed for the purchase of goods and services that have value.

Some may regard offerings to Shinto and Buddhist deities as payments for services, but as the Kyoto Buddhist Organization notes: "The interpretation of the law is still undecided on this."

For this reason, payment operator PayPay excludes offerings from its service. Some temples had introduced the service for offerings, but were found to be in violation of the rules and stopped using it. However, Origami Pay says there is no legal problem because of the small amounts of money offered.

"Religion-related personal information should be strictly protected and careful consideration must be given to the introduction of cashless offerings," said Kunio Sakurai, a former professor at Tokyo Christian University.

However, privacy concerns are unlikely to stop the spread of easy cashless payments, said Naoki Shintani, a professor of folklore at Kokugakuin University's graduate school.

"On the other hand, it's probably a good opportunity to revisit the notion of purifying the self by placing one's sins and pollution on money and throwing it away," Shintani said.