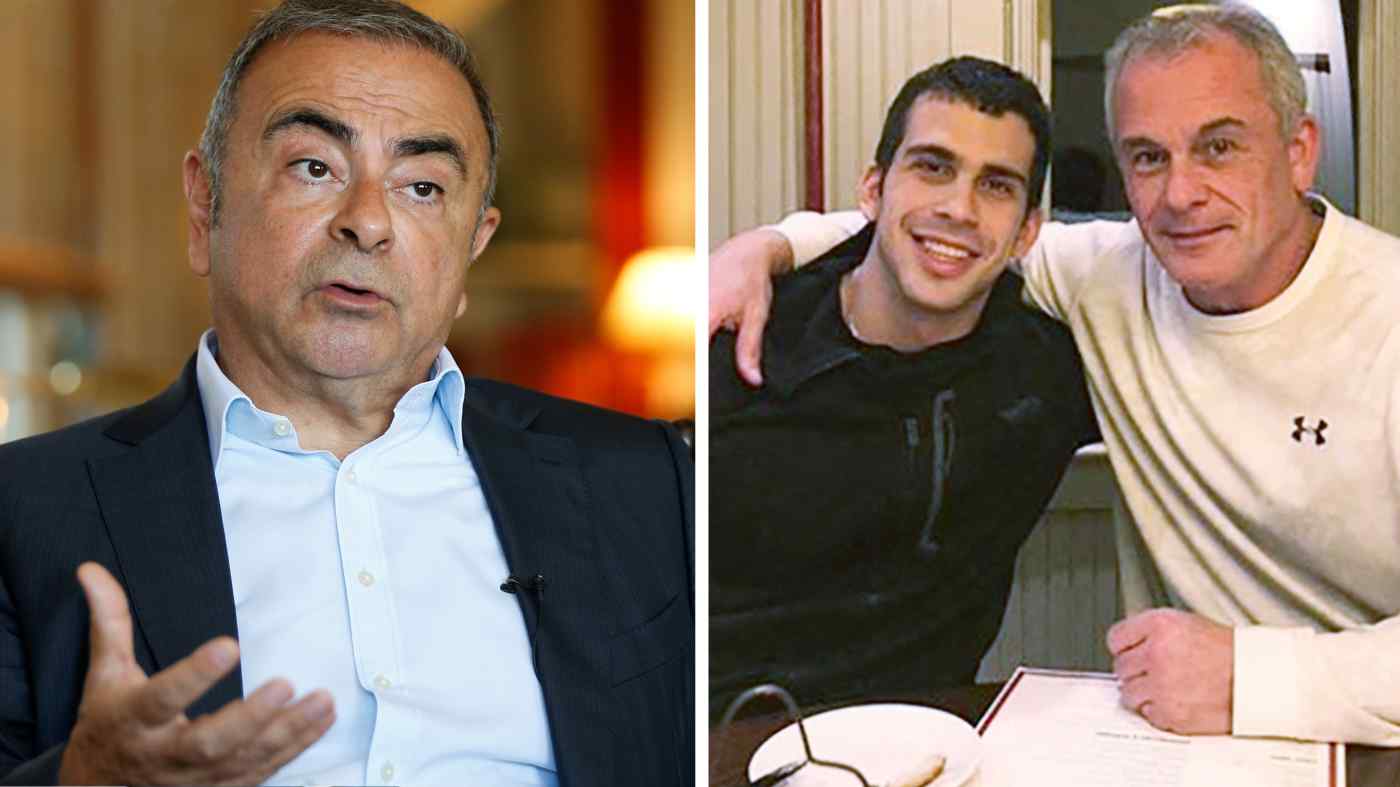 Carlos Ghosn, left, the fugitive former chairman of Nissan, is in Lebanon, which does not have an extradition treaty with Japan. His escape there was engineered by Michael Taylor, a former Green Beret, and his son Peter, who now both await sentencing in Tokyo. (Source photos by AFP/Jiji and Reuters)
July 2, 2021 18:45 JST | Japan
CopyCopied

The court is scheduled to hand down its rulings on July 19.

According to the indictment, the two helped Ghosn, 67, flee from his residence in Tokyo's Minato Ward to a hotel in the capital and then another in Osaka Prefecture on Dec. 29, 2019 before making their way to Kansai International Airport.

They then hid Ghosn in a box, passed through airport security and flew him aboard a private jet to Turkey despite knowing that the former auto titan was prohibited from traveling abroad under his bail conditions.

Ghosn then flew to Lebanon, one of three countries of which he is a national and which does not have an extradition treaty with Japan.

The former Nissan chairman, who was arrested in 2018, faces charges of underreporting his remuneration by millions of yen for years and misusing the automaker's funds. He has denied all charges, insisting he is the victim of a coup staged by Nissan executives.