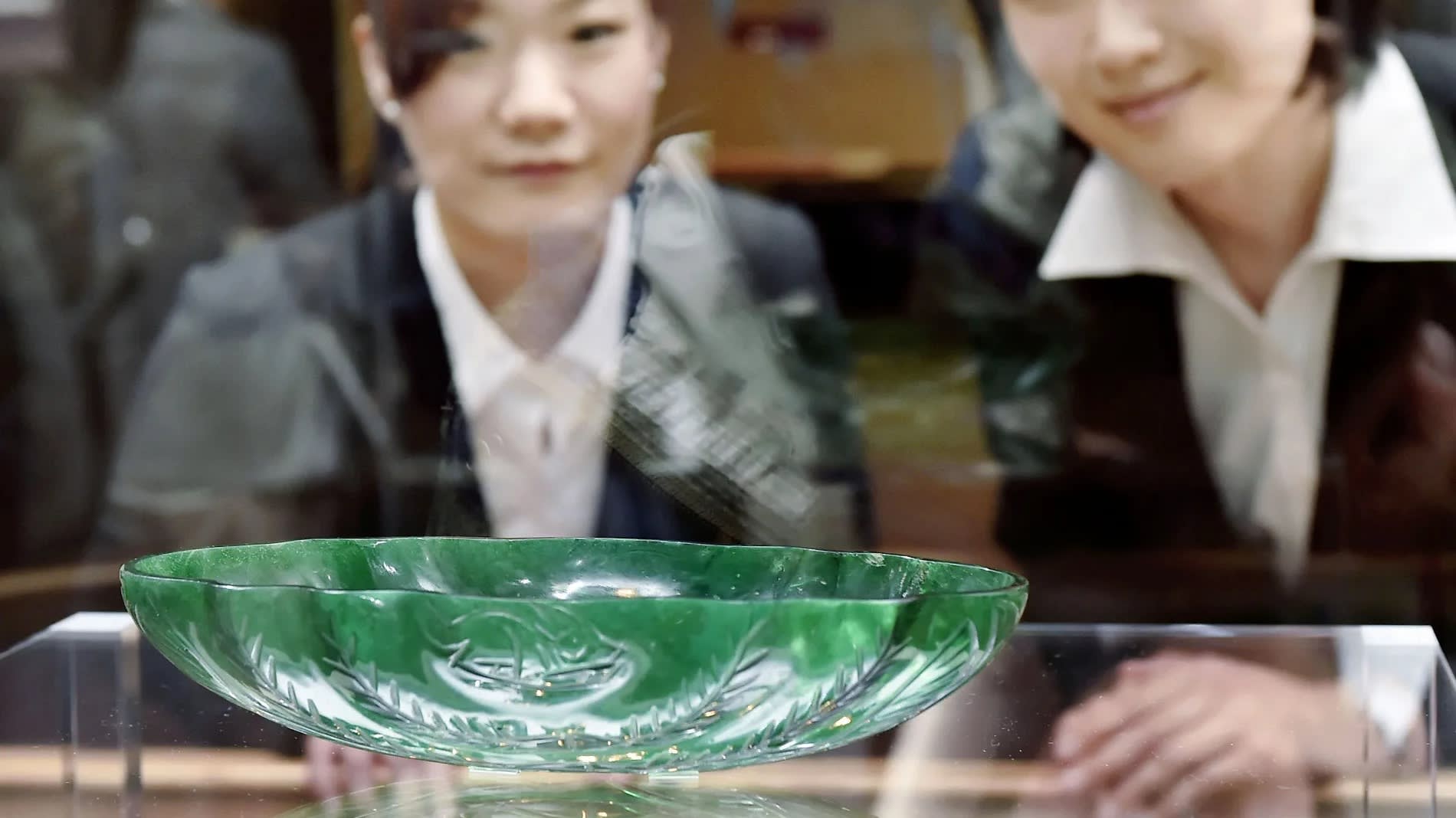 Japan is a treasure trove for Chinese dealers looking for art pieces that originally came from China.   © Kyodo

TOKYO -- The excitement inside the Hongo Antique Gallery in Tokyo was palpable as a group of about 400 prospective buyers from China eagerly awaited the bidding to begin on a treasure from their homeland.

Up for grabs to the highest bidder was a hanging scroll of bamboo by Wu Changshuo, a leading Chinese painter and calligrapher during the late Qing dynasty. When the auctioneer starting the bidding at half a million yen ($4,550), members of the group sprang into action, exclaiming "2 million yen!" and "3 million yen!" In the end, the piece sold for around $92,000.

The group represented a part of a growing number of affluent Chinese who are flocking to Japan to reclaim antiques and vintage books brought there decades ago from China, often times outbidding the pack at auction houses to do so.

At the eight-hour auction at Hongo held this past fall, roughly 2,000 pieces of Chinese pottery, porcelain, ornaments and drawings were sold for a total of around $3.7 million.

"Antiques auctioned off through Japanese dealers are rarely counterfeit," said a 50-year-old buyer from China, acting on behalf of corporate customers back home and a regular bidder. 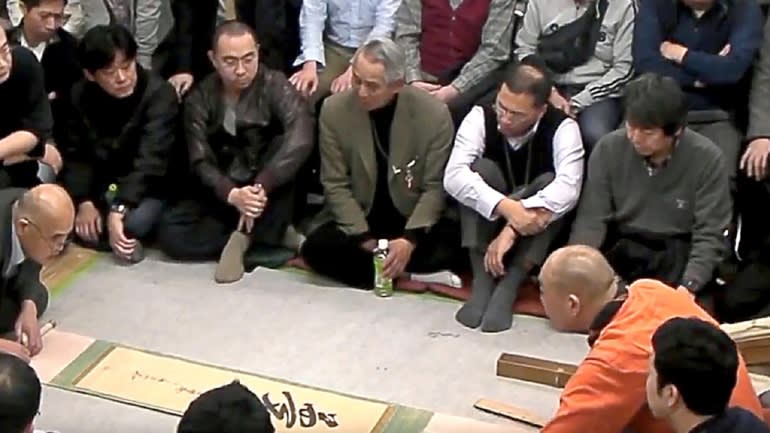 A hanging scroll by the late Qing dynasty painter Wu Changshuo is displayed before auction.

"For Chinese dealers, Japan is a treasure trove where scores of high-quality antiques are sitting," said Naoto Someya, representative of Hongo Antique Gallery. "They come to Japan and go on a shopping spree to find good items at bargain prices."

As the gallery drew more dealers and collectors, the lineup of antique items has also grown. The gallery has been holding auctions twice a year for about 10 years.

Chinese people are also showing strong interest in antique books. Two main types of customers are "scholars who are buying for research purposes as well as tourists," said Minoru Yamamoto, the owner of Yamamoto Books, a purveyor of antique Chinese books in Tokyo's famed Kanda-Jimbocho district of used book sellers. Some Chinese customers buy books to decorate their homes, said Yamamoto, who said that owning vintage books has become a status symbol. Appraisers examine a scroll that was brought in to Hongo Antique Gallery in Tokyo.

During the Cultural Revolution from 1966 to 1976, artworks viewed as containing the Four Olds -- old customs, old culture, old habits and old ideas -- were destroyed. "Many antiques we see in Japan today were brought in by people who were in China during the war or during the Cultural Revolution," said an appraiser at Hakkoudo, an antique gallery in Osaka. "As the owners age, they are cleaning out their possessions and estate, and that's when these items are auctioned off."

Collecting antiques and vintage books caught on among wealthy people in China in the 2000s, said Toshimitsu Nawa of Yamanashi Prefectural University. "Many are buying them for investment purposes like real estate," he said, noting that affluent Chinese people are buying antiques from their country in auctions across the world.

Items that were brought to Japan illegally or cultural pieces that should not be taken out of China must be returned under international treaties. But materials taken out of a country before the treaty are excluded.

Beijing has tightened rules on removals not only for registered cultural properties but also antiques and artworks people have bought legitimately. A 2007 rule bans outbound shipments of all artworks created in 1911 or earlier, and properties produced before 1947 that have historical, artistic or scientific value.