Samsung's embattled chief under investigation for drug use 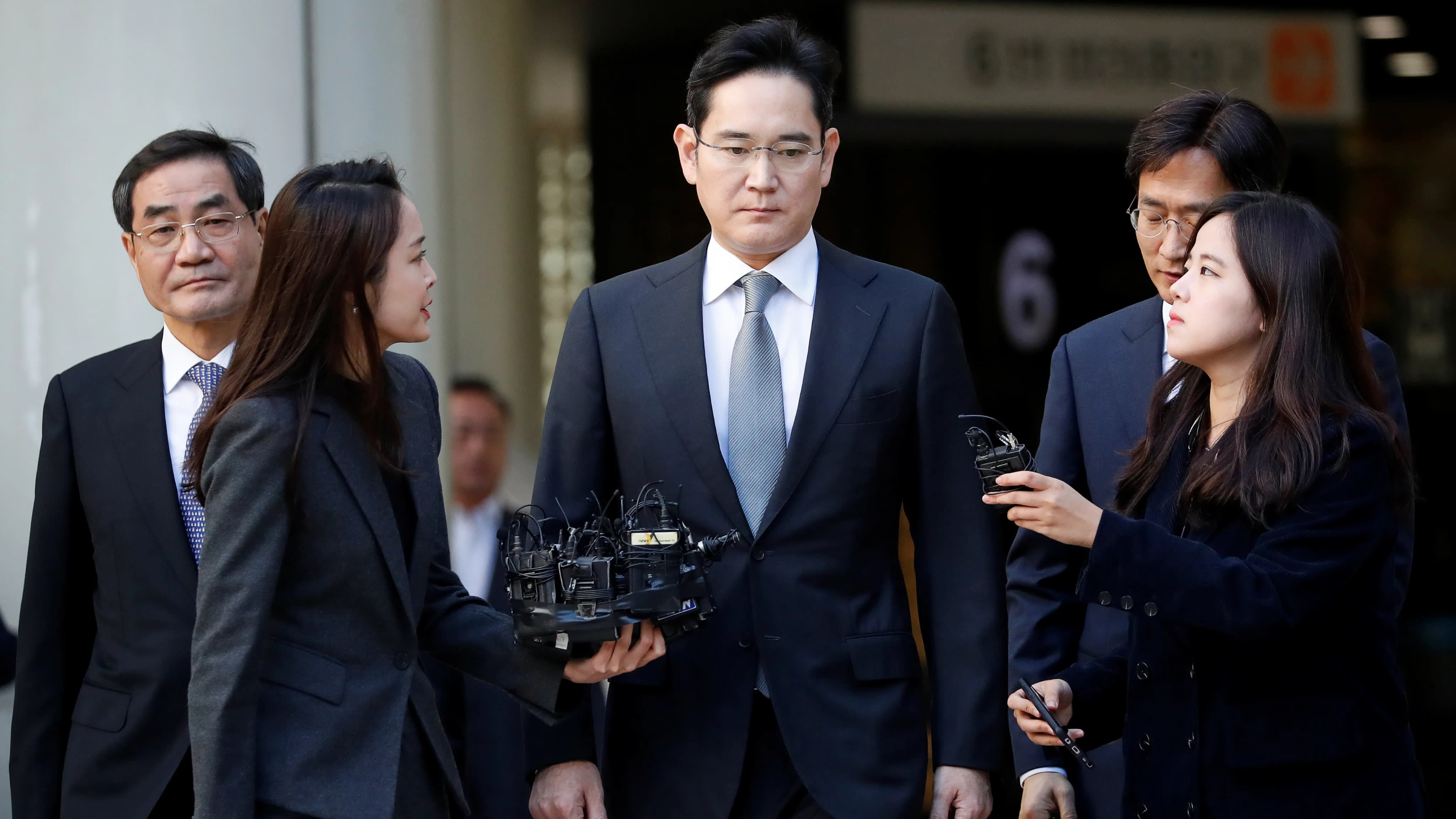 SEOUL -- Samsung Electronics Vice Chairman Lee Jae-yong is under investigation over allegations he illegally took injections of an anesthetic drug, a development that could affect his ongoing trial for corruption.

Prosecutors launched their investigation last month after receiving a tip alleging that Lee "habitually" received propofol injections at a plastic surgery clinic and his home over the last few years, the Korea Center for Investigative Journalism reported on Thursday.

Propofol is classified as a psychotropic drug in South Korea, which means it can only legally be administered under a doctor's guidance. The addictive drug, however, is often taken illicitly as a means of dealing with stress, fatigue and insomnia.

"Vice Chairman Lee had gotten propofol injections habitually at a plastic surgery clinic in Gangnam district in southern Seoul," KCIJ reported quoting a source surnamed Kim who claimed to be boyfriend of a nurse assistant in the clinic.

Samsung acknowledged that Lee was treated with propofol injections at a clinic and at his home in the past, but said this was done in accordance with a doctor's professional diagnosis. "The illegal medication allegation is not true at all. We hope that the truth will be revealed later by the prosecution's investigation," said the company in a statement.

The investigation adds more pressure to the heir of the country's largest conglomerate as he is also currently involved in a bribery case which could see him back in jail. Lee served one year in prison in 2017 after he was convicted of giving millions of dollars of company money to a friend of former South Korean President Park Geun-hye to smooth his succession process.

Lee was freed in 2018 after the Seoul High Court suspended his two-and-half year jail term, but the decision was overturned last year by the Supreme Court, which ordered the lower court to recalculate the amount of bribery. The judge could take the drug investigation into consideration when deciding the new sentence, as he asked Lee to "change himself and the company" at a hearing last year.

This is not the first high-profile propofol scandal in South Korea. Hotel Shilla CEO Lee Boo-jin, a sister of Lee Jae-yong, was also accused of using the drug last year. Prosecutors launched an investigation but have not yet decided whether to indict her.

Celebrities have also been caught up in propofol scandals. In 2013, three actresses were given a suspended eight-month jail sentences for taking up to 185 propofol injections over two years.