Second autopsy to be conducted over death of key witness 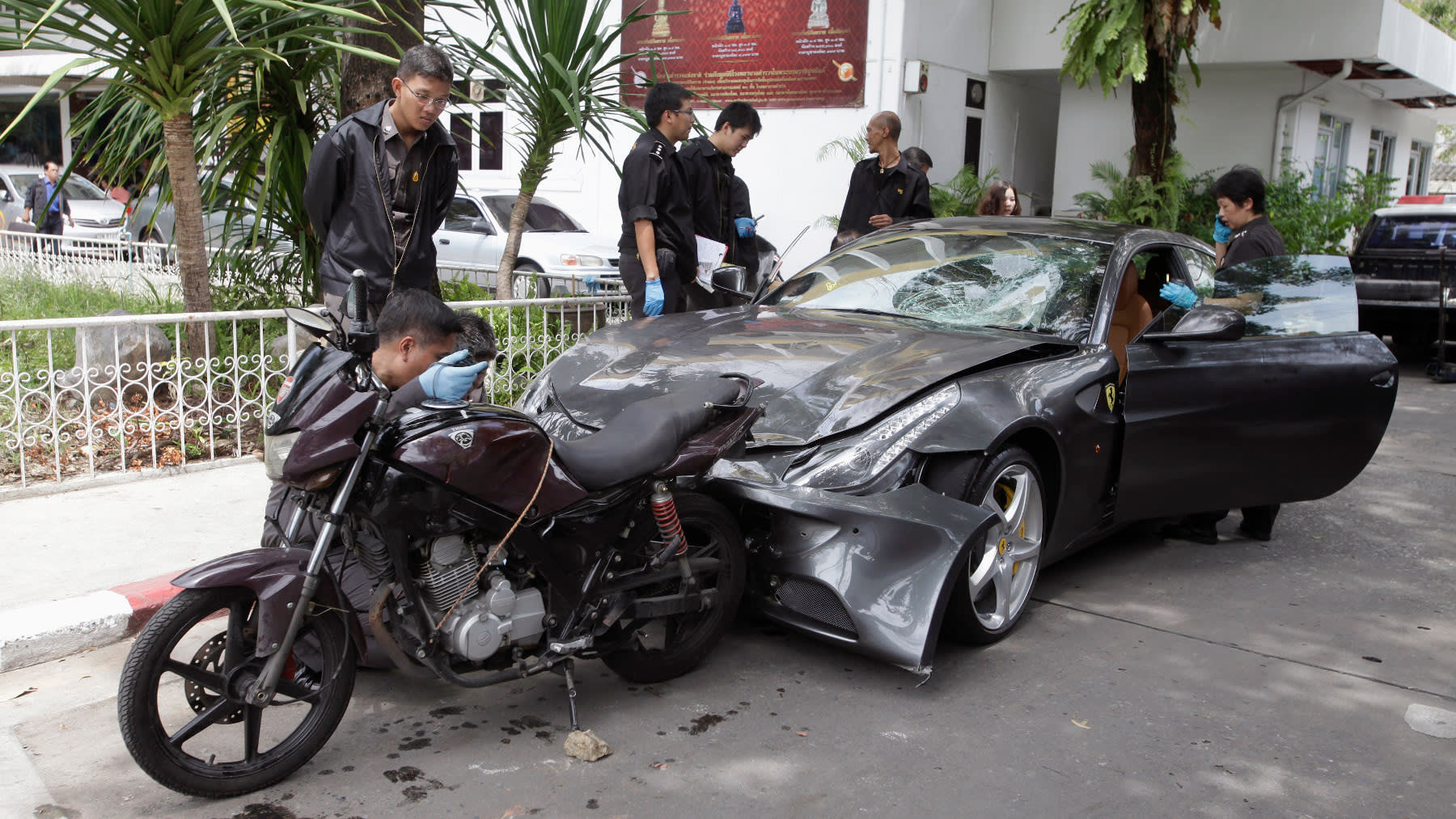 Policemen examine a damaged Ferrari at the Bangkok home of the late Red Bull founder Chaleo Yoovidhaya in September 2012. Vorayuth Yoovidhaya, Chaleo's grandson, was arrested for the hit and run death of a police officer.    © Reuters
August 2, 2020 22:22 JST | Thailand
CopyCopied

BANGKOK (Reuters) -- Thailand's prime minister has ordered a second autopsy be conducted after the death of a key witness in a deadly hit-and-run case linked to the heir to the Red Bull energy drink fortune, amid public anger that the charges were dropped.

Jaruchart Mardthong, 40, died in what police said looked like a motorcycle accident on Thursday, amid public suspicion about the exact cause of his death.

Results of an initial autopsy have not yet been released. Local media said his family had planned to cremate the body on Sunday.

He was a key witness in the police investigation into Vorayuth "Boss" Yoovidhya, who was accused of killing a police officer in 2012, according to deputy government spokeswoman Traisulee Traisoranakul.

Police said last week that all charges against Vorayuth had been dropped, stirring public anger about the country's entrenched culture of impunity for the rich and well-connected. Prime Minister Prayuth Chan-ocha wants to ensure justice and clear public suspicion over the case, Traisulee said in a statement on Sunday.

"The prime minister reiterates that the government will help create justice in the case. Any wrongdoers will be punished. This case will not be unresolved in the public's mind," she said.

Police said Jaruchart had died at hospital after crashing with another motorcycle driver, who was also injured but had left hospital.

Prayuth previously said a committee had been formed to look at what led to the case being dropped but it would not interfere in the work of the attorney-general, police and court. The committee has 30 days to complete its task.

Vorayuth had missed eight summonses to appear in court. He was accused of crashing his black Ferrari into policeman Wichien Klanprasert and dragging his body for dozens of metres before fleeing the scene. He was 27 at the time.

Authorities issued a warrant for his arrest five years after the incident and Vorayuth later left the country. His current whereabouts are unknown.

Police have said the old case against Vorayuth had officially ended and could only be relaunched if relatives of the victim filed the case directly to a court, or if there were new witnesses or evidence.