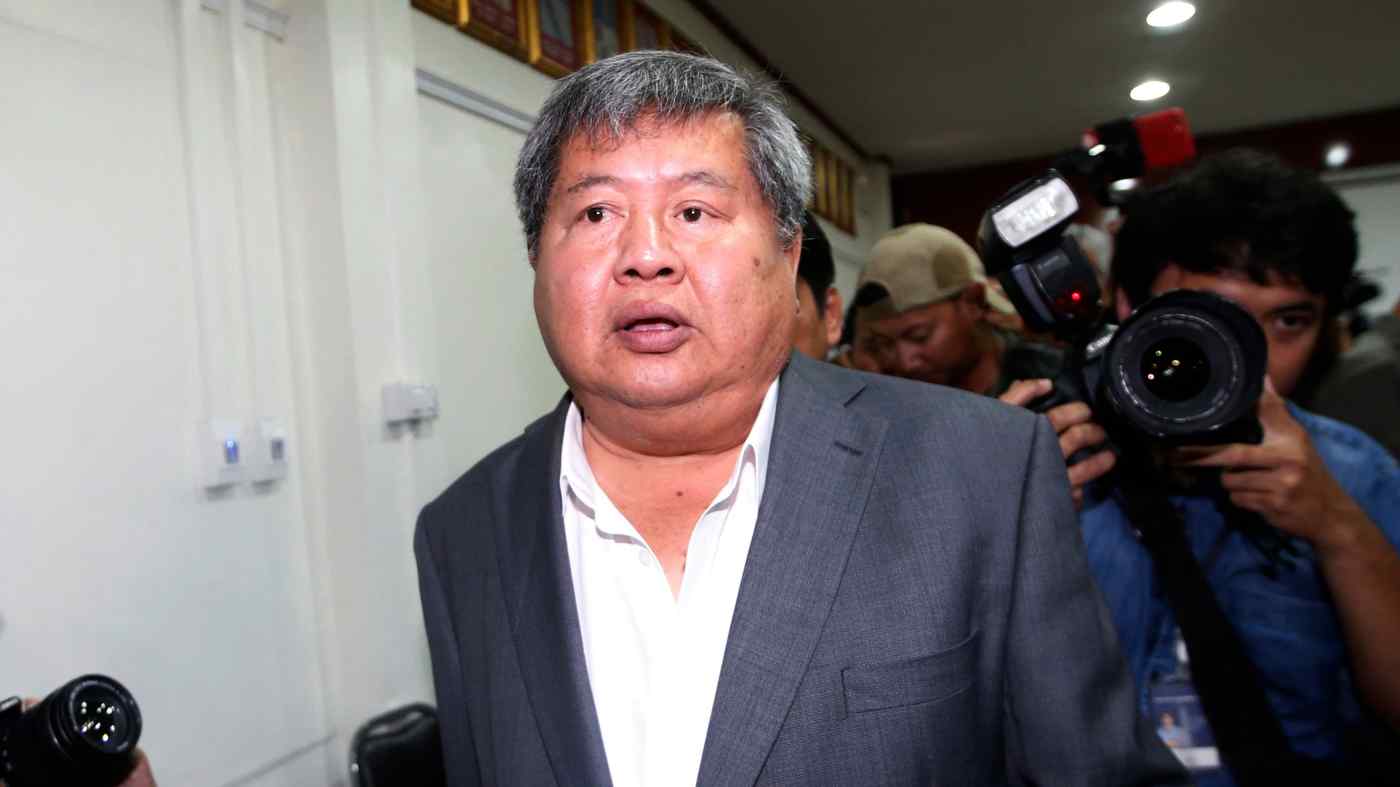 Premchai Karnasuta, president of Thailand's largest construction company Italian Thai Development, was caught near the carcasses of protected animals, including a Kalij pheasant and a black Indochinese leopard, at the Thungyai Naresuan Wildlife Sanctuary in 2018.   © AP
December 8, 2021 20:26 JST | Thailand
CopyCopied

BANGKOK (Reuters) -- Thailand's Supreme Court upheld a guilty verdict on Wednesday against construction tycoon Premchai Karnasuta, who will serve more than three years in jail after losing his final appeal in a high-profile case centred on the poaching of protected animals.

Premchai, president of Thailand's largest construction company Italian Thai Development Pcl, was convicted in 2019 by a criminal court of offences that include poaching in a wildlife sanctuary, poaching protected species and possessing an unlicensed firearm.

The Supreme Court reaffirmed a 2019 appeals court judgement that upheld the lower court's decision, according to the attorney-general's office, which corrected its earlier announcement that the top court had reduced Premchai's sentence.

Neither Premchai, his lawyers, nor his company could immediately be reached for comment.

His case has been of huge public interest since 2018, when Premchai, his driver and a huntsman were found at a jungle campsite at the Thungyai Naresuan Wildlife Sanctuary near carcasses of protected animals, including a Kalij pheasant and a black Indochinese leopard.

"The case shows that if you commit a crime, regardless of whether you're rich or poor, you will be legally prosecuted," said Prayut Bejraguna, a spokesperson for the attorney-general's office.

Thai pro-democracy activists have adopted the black leopard as a symbol for what they say is a culture of impunity in Thailand for the rich and powerful.

The Supreme Court's judgement was final for Premchai, who has previously apologised over the poaching cases.

Premchai will serve three years and two months in prison, while his driver and the hunter will serve terms three months and seven months longer, respectively.

Premchai has also lost his appeals against judgements in separate cases of bribing authorities and illegal possession of firearms, for which he was sentenced to one year and six months in jail respectively.

He has filed appeals against both at the Supreme Court.