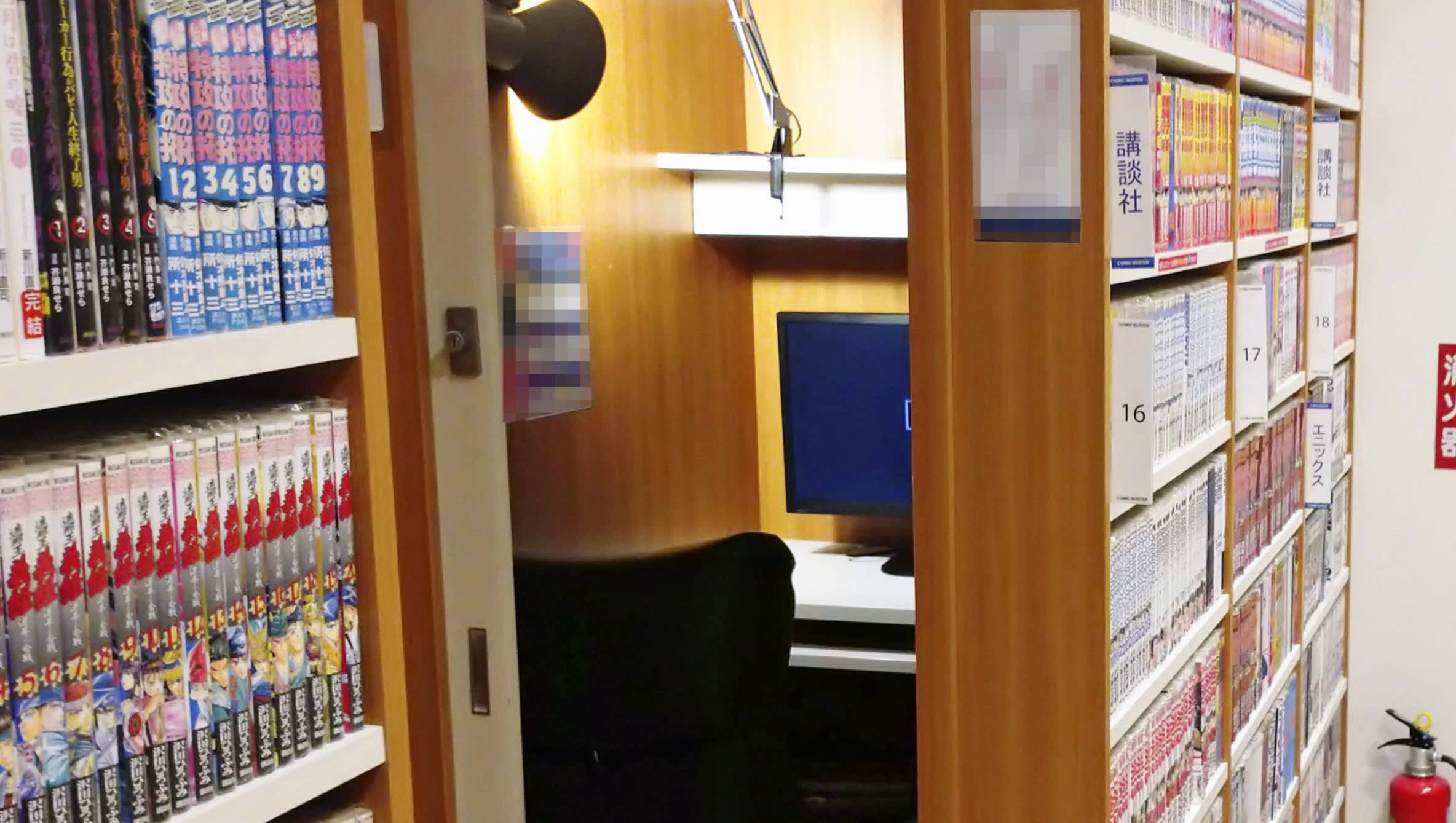 TOKYO -- Millions of people will be inconvenienced by the Tokyo metropolitan government's business shutdown campaign as the city battens down against increasing numbers of coronavirus infections, but some of the megalopolis's most marginalized residents will lose their homes.

So-called internet cafe "refugees" sleep in these all-night businesses out of necessity as they cannot afford a place of their own.

These "cafes" are among the entertainment facilities that Tokyo Gov. Yuriko Koike has requested be at least partially shut down. Two years ago, the municipality estimated it had about 4,000 low-income residents who call the cafes home. Now it says it has begun providing them with hotel rooms and other kinds of accommodation on a temporary basis.

But support groups say those who need these rooms have yet to be offered them.

More than 190 new coronavirus cases were confirmed in Tokyo on Saturday, a record daily increase for the fourth straight day, according to a metropolitan government official.

A 64-year-old security guard who lives in an internet cafe in Tokyo's Ota Ward on Friday was online searching for an alternative place to stay. The cafe booth he spends his days in measures about 1.8 sq. meters. At night he works as a part-time security guard.

Inside a Tokyo internet cafe. (Photo modified so venue cannot be identified.)   © Kyodo

"I have no place to go if this cafe is closed," he said. He did not try to conceal the concern in his voice: A lot of his shifts have been getting canceled due to the pandemic. As it is, he can barely afford the cafe's monthly booth charge of 40,000 yen ($370).

Japan's internet cafes have evolved over the years to the point where the word "cafe" has become a misnomer. They are more like hotels that provide private booths with comfortable reclining chairs, shower facilities and laundry service at reasonable prices for overnight users.

They also offer unlimited free drinks, blankets, cushions, manga, DVDs and Wi-Fi. Tourists use them. So do salarymen who miss their last train home. And for those with little income, the salons offer something of a home.

They emerged in large cities in the 2000s, and almost immediately the fact that some people were using them as tiny inexpensive apartments became a social issue. Here was a segment of the population that had largely gone unnoticed -- workers who earn too much to qualify for welfare services but not enough to afford their own flat.

A representative of Tokyo-based Manboo Group, which operates 51 cafes, says the company's shops will stay open despite the state of emergency. When asked whether the group's salons accommodate internet cafe refugees, the representative said, "We only see our guests as customers, and we don't want to call them 'refugees.'"

A representative of another Tokyo-based internet cafe operator said its receptionists have been fielding increasing numbers of inquiries about whether the establishments will remain open. "Many are relying on internet cafes for [shelter]," the representative said. "We cannot suddenly chase them away. Our manager is now considering what to do." This 24-hour internet cafe in Tokyo's Ota Ward closed its doors on April 8, after the city declared a state of emergency due to the coronavirus pandemic.

The requirement that recipients of this support show a certificate saying they have been living in the capital for more than six months has been temporarily waived as of today, a city official said.

"We are securing necessary beds for those who need temporary residence," the city official said, without disclosing an exact figure.

Koike had previously said the city has been able to obtain use of nearly 500 rooms but is "looking for more to meet rising demand from internet cafe refugees."

While the Tokyo Metropolitan Government says welfare offices in the capital can send these residents to temporary accommodations, "many have been turned away as there seems to be a misunderstanding among administrators," said Kazuhiro Gokan, a consultant at a support organization for homeless people.