Country latest to report outbreaks where virus is not endemic 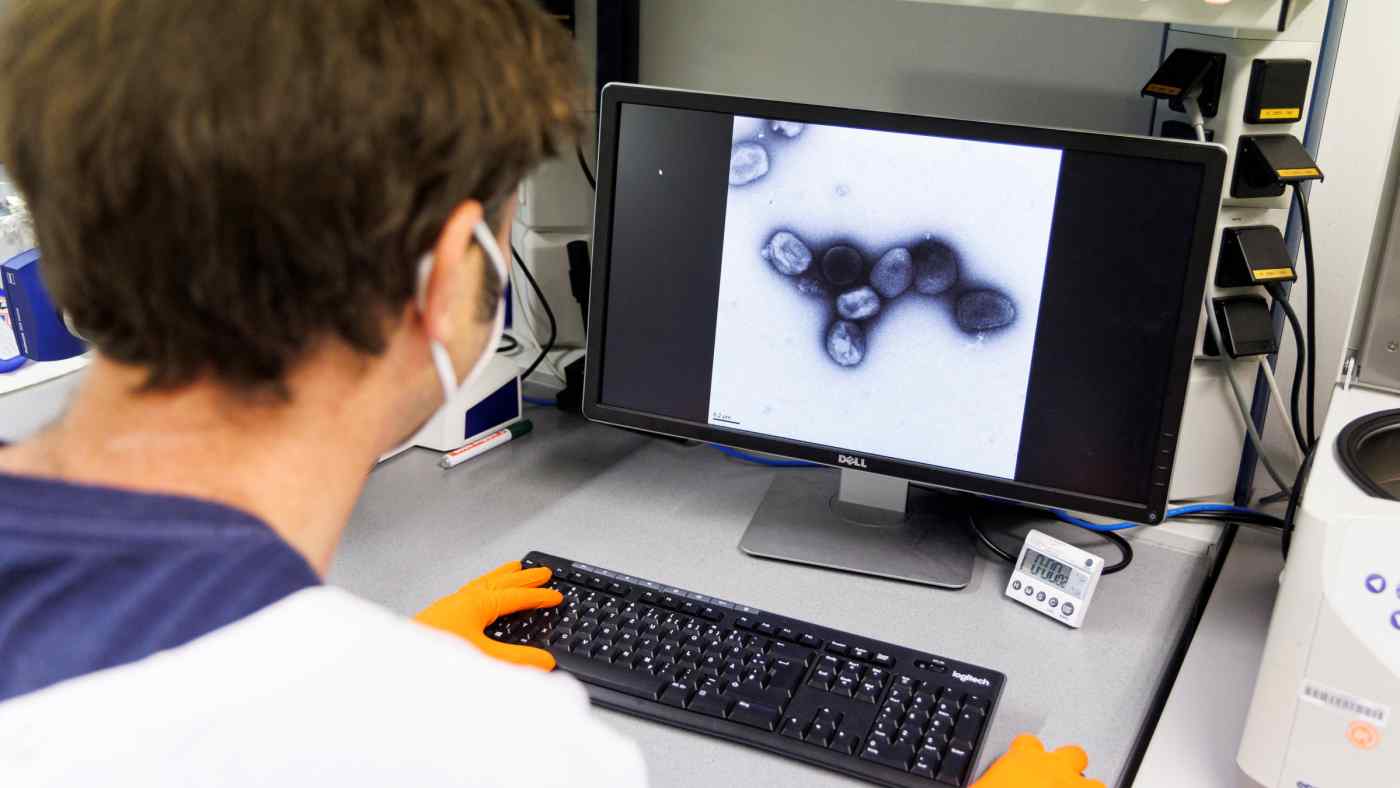 A Bavarian Nordic employee looks at a vaccine virus display at a lab in Germany. The company is the only one in the world to have approval for a smallpox vaccine that is also effective against monkeypox.   © Reuters
May 27, 2022 03:23 JST | U.S.
CopyCopied

WASHINGTON (Reuters) -- The U.S. Centers for Diseases Control and Prevention (CDC) on Thursday said it had identified nine monkeypox cases in seven U.S. states as of Wednesday.

Most of the infections detected globally so far have not been severe. Many, but not all, have been reported in men who have sex with men. Symptoms include fever and a distinctive bumpy rash.

Around 20 countries where monkeypox is not endemic have reported outbreaks of the viral disease, with more than 200 confirmed or suspected infections, mostly in Europe.

The first monkeypox case in the United States was reported in Massachusetts last week.

The disease, which mostly occurs in west and central Africa, is a viral infection that was first recorded in the Democratic Republic of Congo in the 1970s.