Chaebol wary as Moon's party gains steam ahead of poll 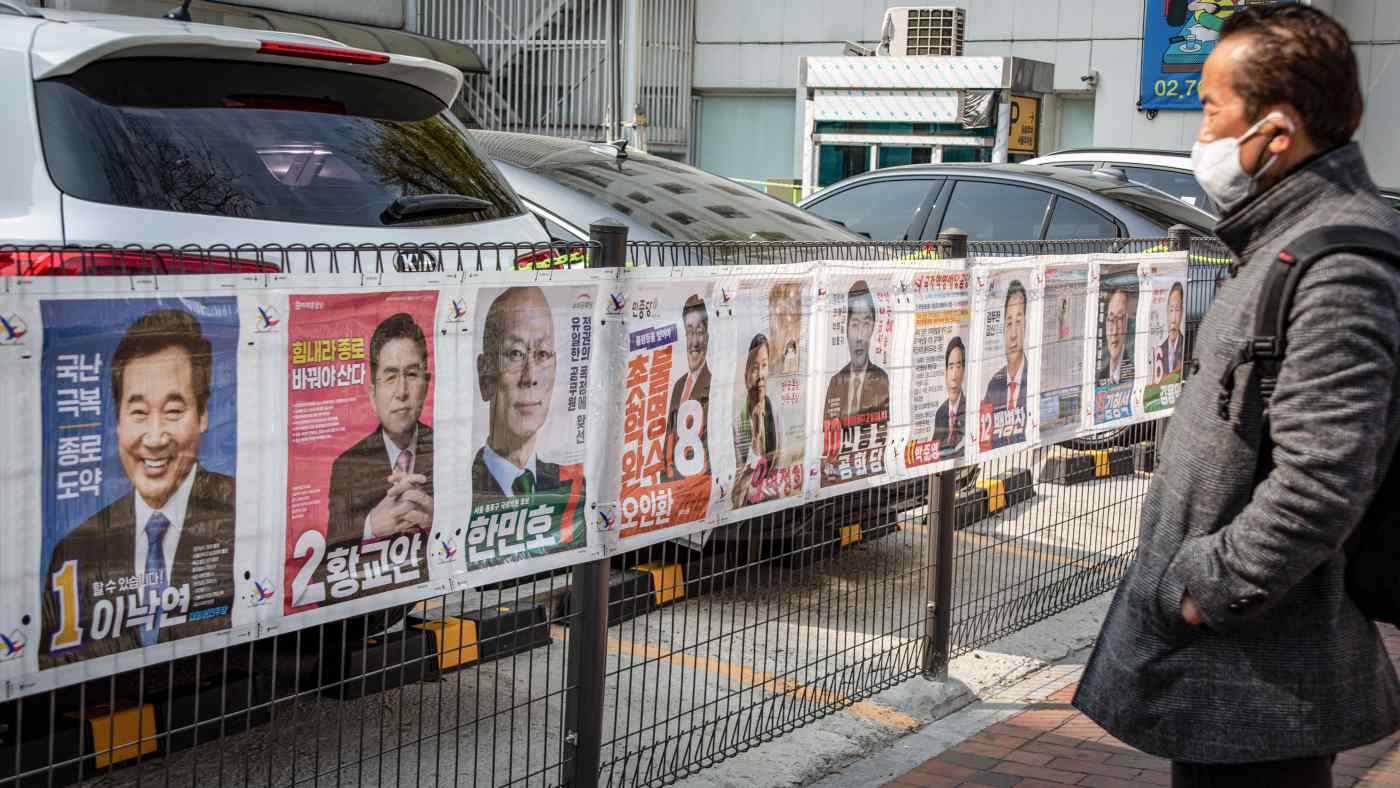 SEOUL -- South Korea's powerful chaebol conglomerates are facing the prospect they feared most in Wednesday's general election: President Moon Jae-in's Democratic Party looks set for a comfortable win thanks largely to the government's skillful handling of the coronavirus outbreak.

The DP leads the opposition United Future Party by large margins in most opinion polls, raising the possibility that it could become the single largest party in the 300-seat National Assembly -- or even score an outright majority. That would give the president's party the ability to amend the Commercial Law to limit the influence of owner-families and introduce harsher punishments for economic crimes, such as embezzlement and breach of trust.