Moon’s Democrats have edge as voting begins in Korean election

Polls put party ahead of opposition conservatives for Wednesday's vote 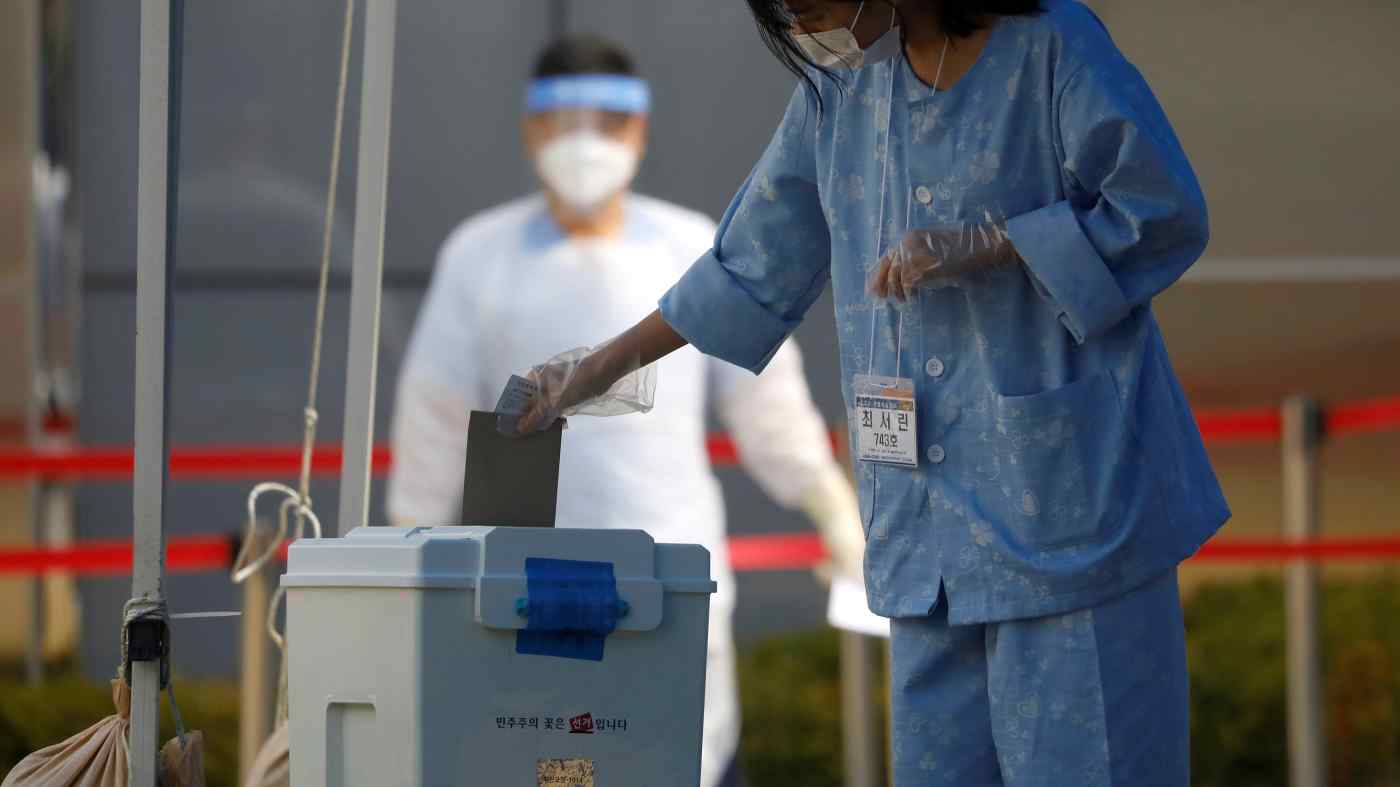 A patient affected with the coronavirus casts an early ballot for the parliamentary election at a polling station set up at a quarantine center in Yongin, South Korea, on Saturday.   © Reuters
STEVEN BOROWIEC, Contributing writerApril 14, 2020 21:14 JSTUpdated on April 15, 2020 06:05 JST | South Korea
CopyCopied

SEOUL -- For An Jong-woong, it was an obvious choice to vote for President Moon Jae-in's Democratic Party when he cast an early ballot in South Korea's general election.

"I'm impressed by what this government has done over the past few months since the outbreak, and I'm sure a lot of people agree with me on that," said the 34-year-old office worker who lives in Seoul. "I didn't feel like I could vote against the ruling party, despite some liberal politicians' alleged hypocrisy."