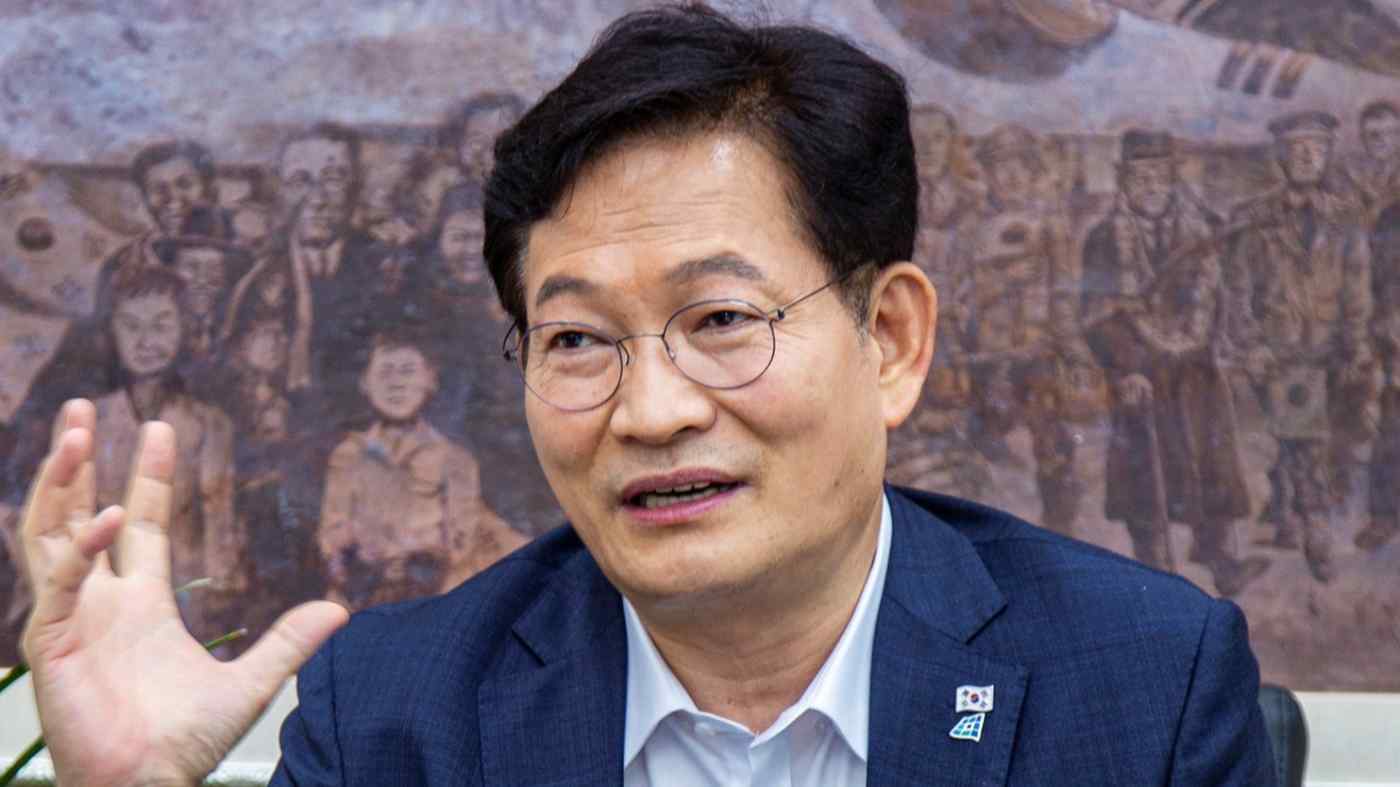 SEOUL -- With one month to go before South Korea's presidential election, the ruling Democratic Party is making desperate efforts to drive up public support for its candidate.

Song Young-gil, the party's leader, announced on Jan. 25 that he will not run in the next National Assembly elections in 2024 and also promised that the party will stay out of by-elections scheduled with the March 9 presidential election.