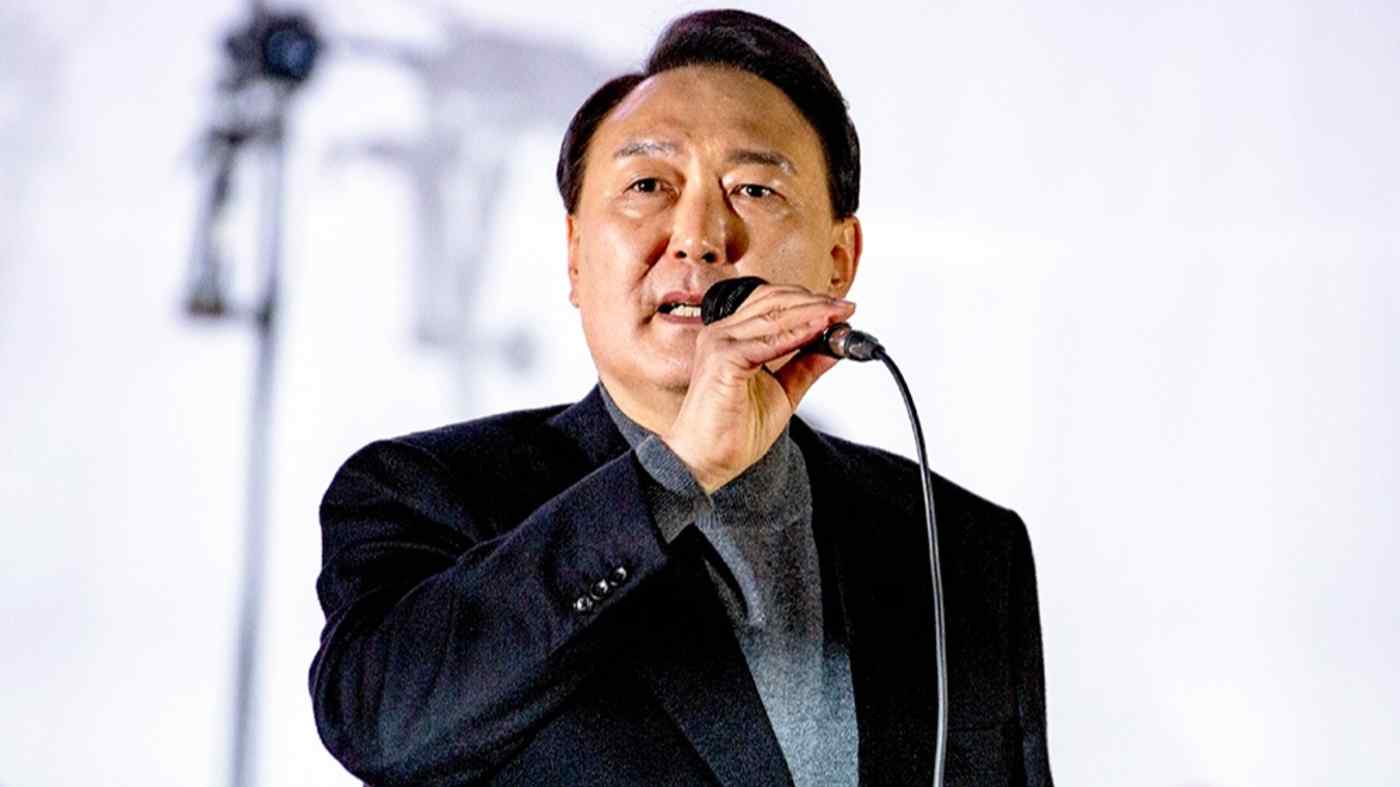 SEOUL -- Yoon Suk-yeol, of the conservative opposition People Power Party, snagged the narrowest of wins to become the next South Korean president by tapping the anger of young men squeezed by the wealth disparities that have widened during the five years of the Moon Jae-in administration.

Yoon, who held 48.6% of the vote to 47.8% with 99.8% of the ballots counted as of 5:30 a.m. on Thursday, was also helped by the backing of centrist Ahn Cheol-soo. Ahn dropped out of the race and supported him in the final days of the election, a move that allowed the former prosecutor to inch past Lee Jae-myung, of the governing progressive Democratic Party.