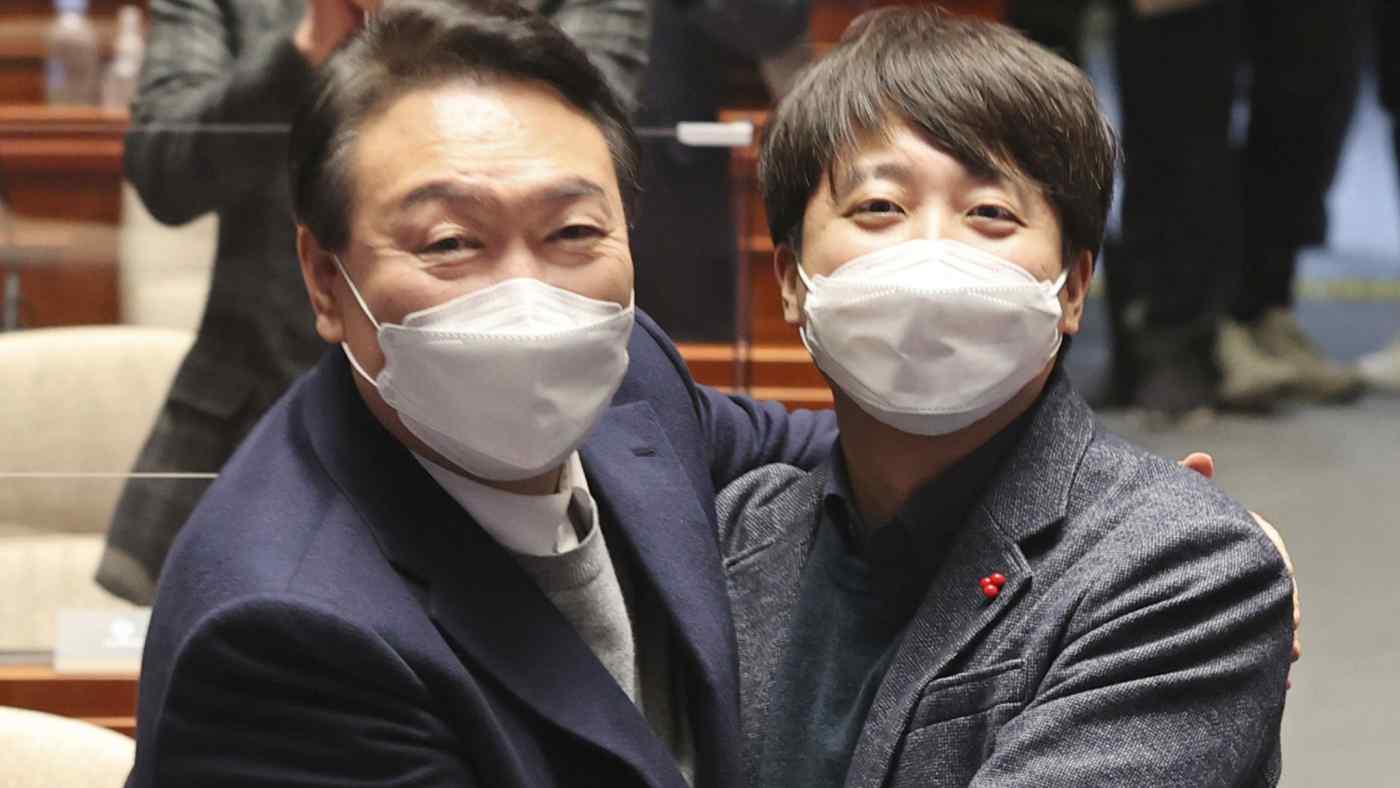 SEOUL -- Two months before South Korea's presidential election, a series of scandals hitting the conservative People Power Party has some in the main opposition looking to unite with a third-party candidate to tip the scales in the race.

The March 9 election was seen until recently as a close contest between the progressive Lee Jae-myung and the conservative Yoon Seok-youl. But disarray in Yoon's camp has fueled support for centrist Ahn Cheol-soo of the relatively small People's Party, triggering debate over whether the opposition should head into the vote divided or united behind a single candidate. Lee represents the ruling Democratic Party.