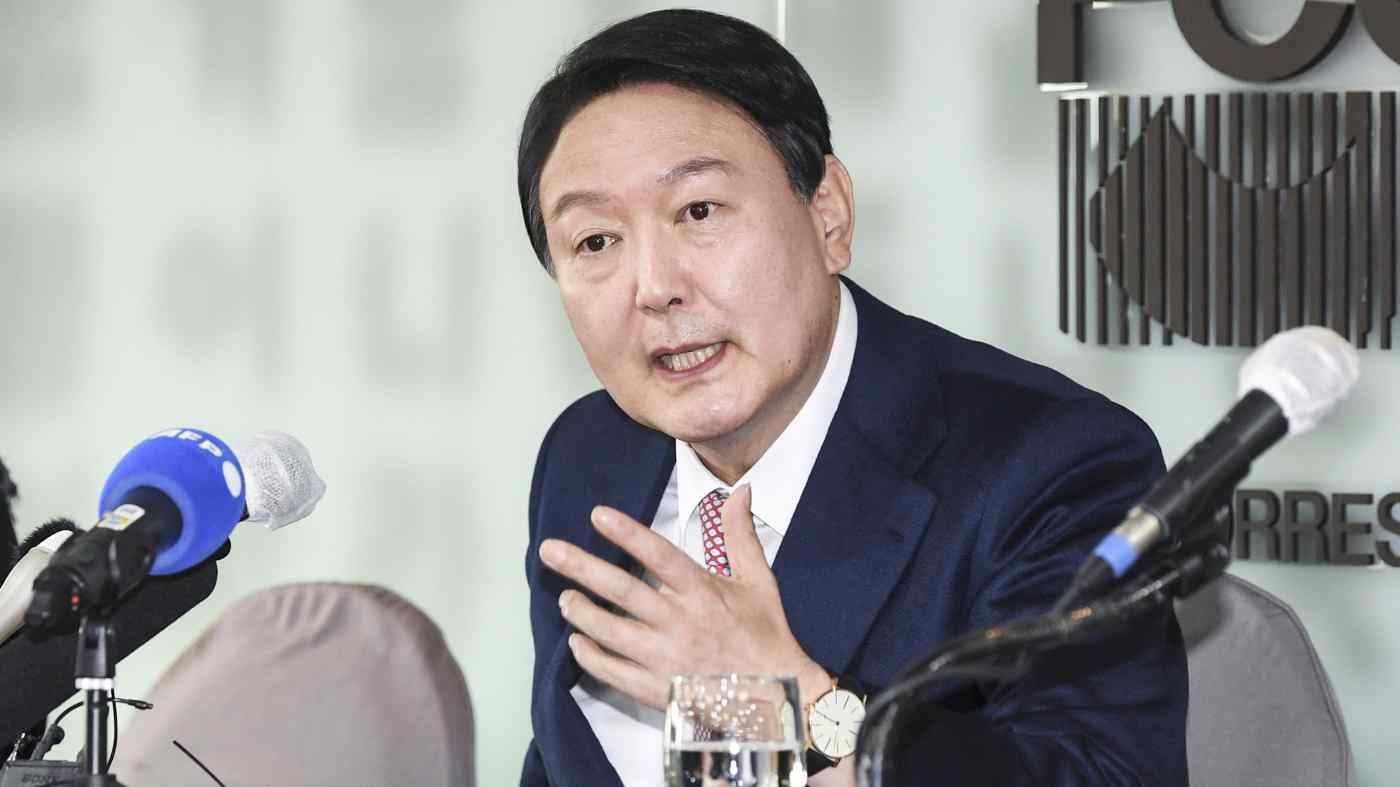 SEOUL -- South Korea's presidential candidate from the main opposition party on Friday called for the establishment of a permanent three-way diplomatic office between the U.S. and the two Koreas.

"Let's establish a venue where South and North Korea as well as the U.S. can communicate anytime by dispatching diplomats in either Panmunjom or Washington," Yoon Seok-youl told reporters in Seoul. "If there's some progress in the meetings on denuclearization, then maybe we can get an approval from four-party or six-party countries."