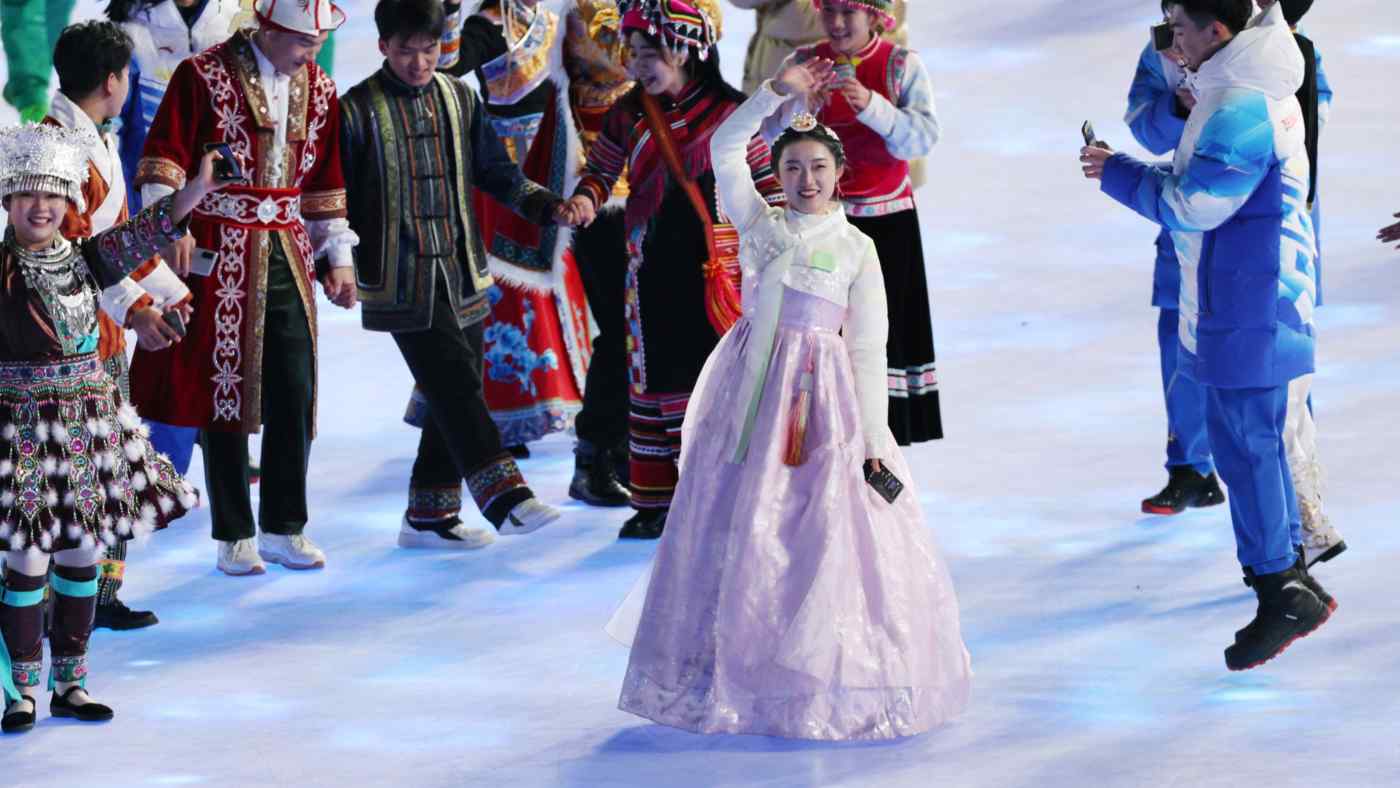 A performer, second from right, is clad in a traditional Korean hanbok during the opening ceremony of the Beijing Winter Olympics on Feb. 4. (Yonhap via AP)
YOSUKE ONCHI, Nikkei staff writerFebruary 8, 2022 12:20 JSTUpdated on February 9, 2022 19:16 JST | South Korea
CopyCopied

SEOUL -- The opening ceremony for the Beijing Winter Olympics has drawn widespread condemnation in South Korea over the wearing of traditional clothing.

The early part of Friday's event featured performers representing 56 ethnic groups, with one performer sporting a white jeogori top and a pink chima skirt, which together make up Korean hanbok attire.