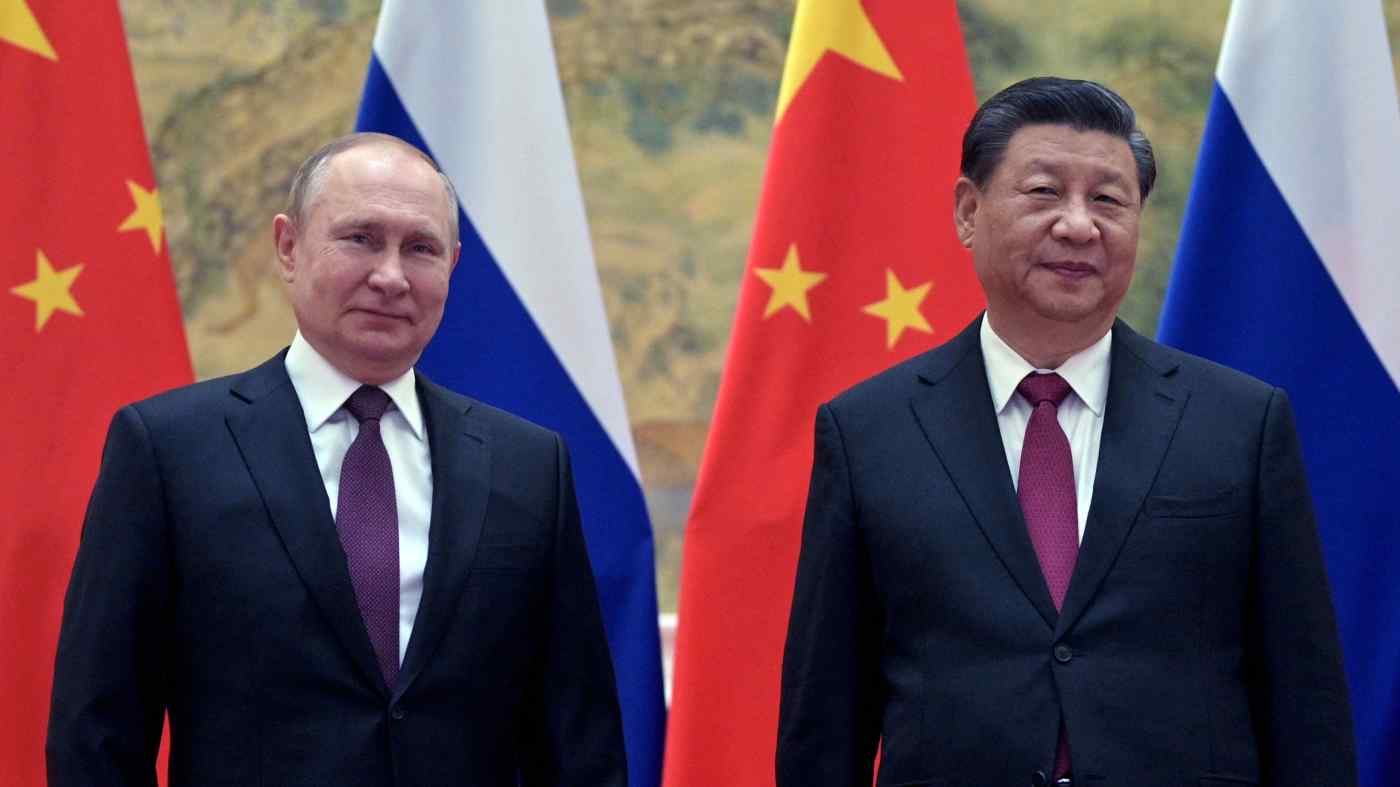 BEIJING -- Russia's President Vladimir Putin and China's President Xi Jinping have condemned the U.S. and its allies for stoking the arms race in Asia-Pacific, and expressed opposition to the expansion of the North Atlantic Treaty Organization in eastern Europe.

The two leaders held a bilateral meeting in the Chinese capital on Friday hours before the world's eyes turned to Beijing for the opening ceremony of the Winter Olympics and as Russia amasses more than 100,000 troops on the Ukrainian border.