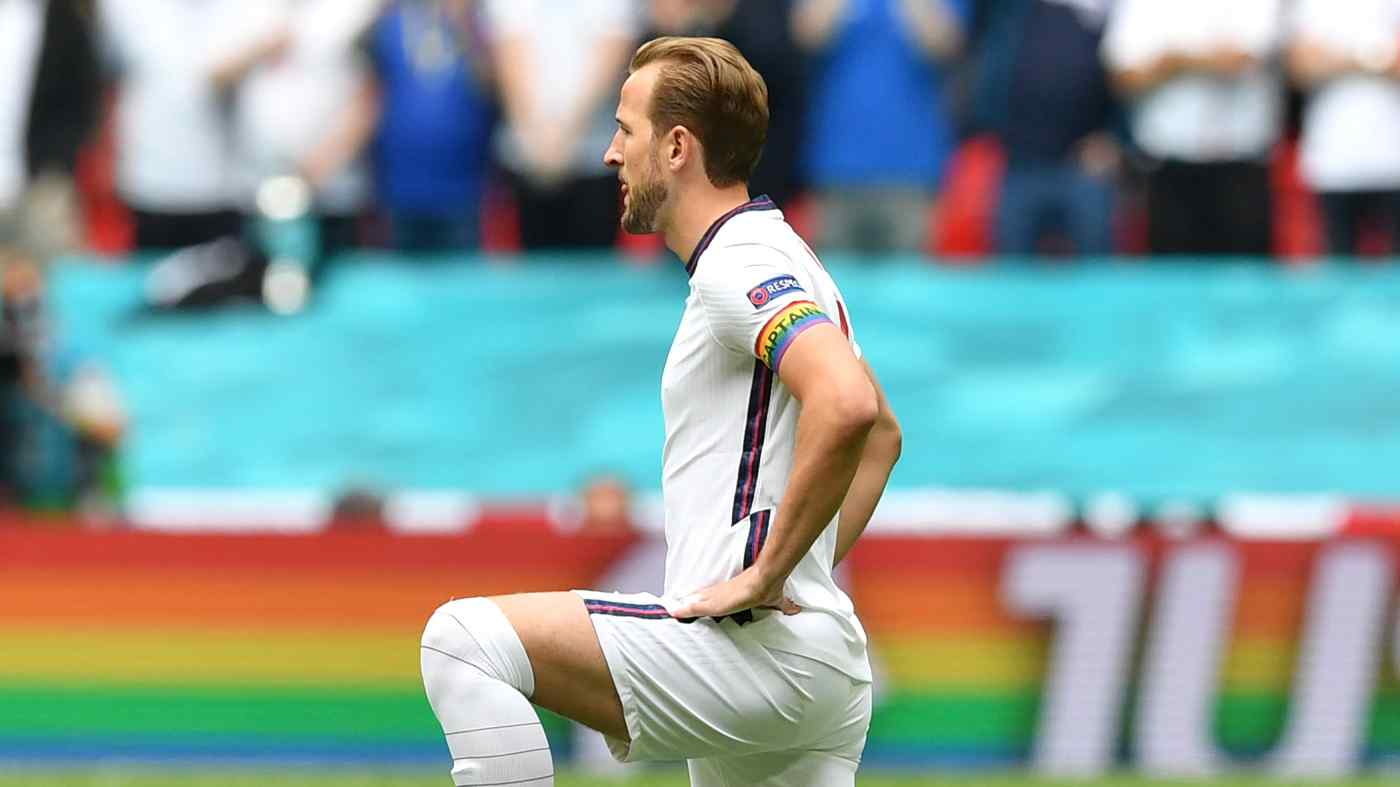 England's Harry Kane wears a rainbow armband as he takes a knee prior to a Euro 2020 soccer championship round at Wembley Stadium in England.   © AP
November 22, 2022 12:56 JST | Middle East
CopyCopied

DOHA, Qatar (AP) -- FIFA's threat of on-field punishment for players pushed World Cup teams to back down on Monday and abandon a plan for their captains to wear armbands that were seen as a rebuke to host nation Qatar's human rights record.

Just hours before the first players with the armbands in support of the "One Love" campaign were to take the field, soccer's governing body warned they would immediately be shown yellow cards -- two of which lead to a player's expulsion from that game and also the next.