Indonesia police under fire over tear gas use in soccer stampede

Government forms independent team to probe incident in which 125 died 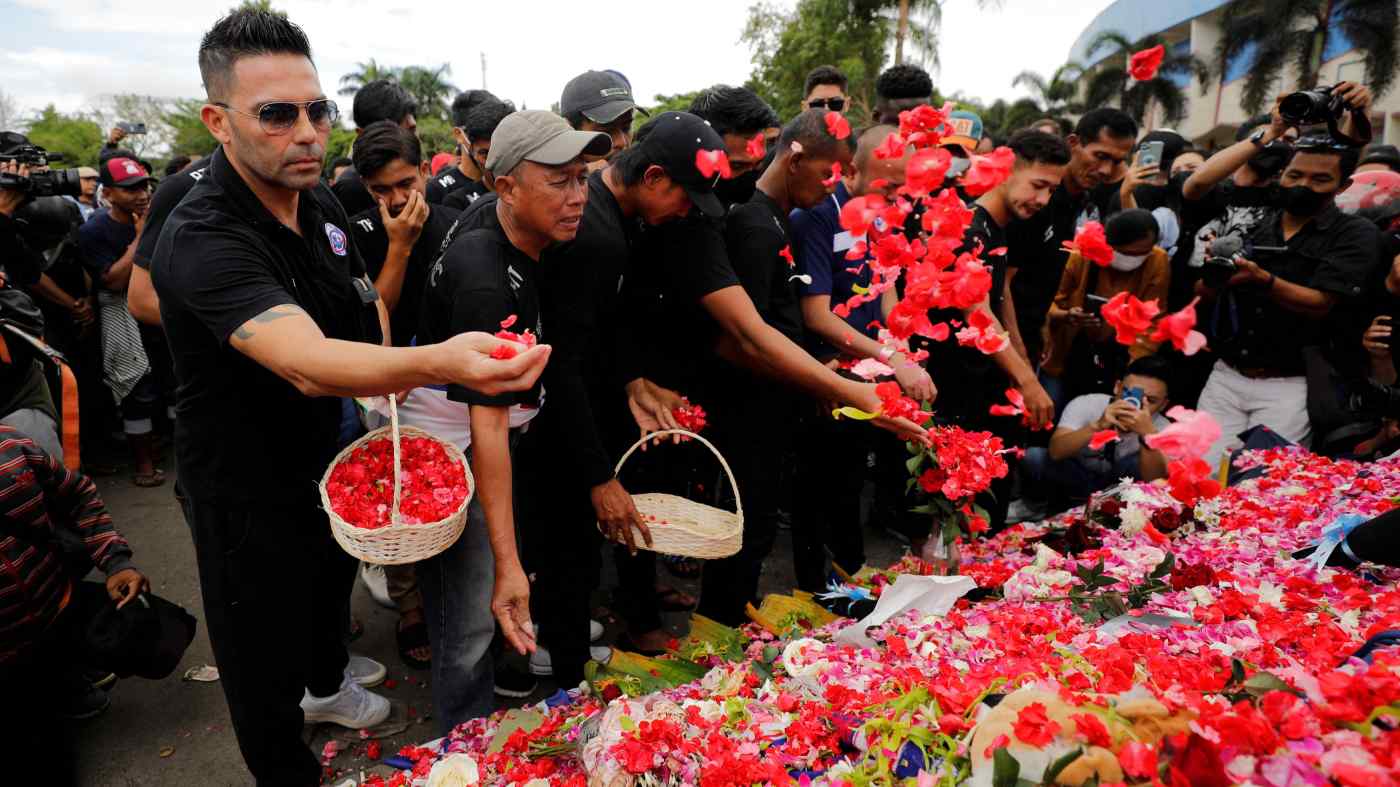 JAKARTA -- Indonesia's National Police are in the hot seat, as details emerging from a deadly stampede at the end of a soccer match in East Java province on Saturday suggest that it was triggered by officers' use of tear gas to disperse crowds, a practice banned by soccer's international governing body, FIFA.

Video footage uploaded on social media by witnesses inside Kanjuruhan stadium in the city of Malang during Saturday night's incident show police firing tear gas into the overcrowded stands as officers clashed with supporters who went wild and invaded the pitch following the defeat of local soccer club Arema FC by rival Persebaya Surabaya.