Bars and restaurants prepare to serve fans in early hours 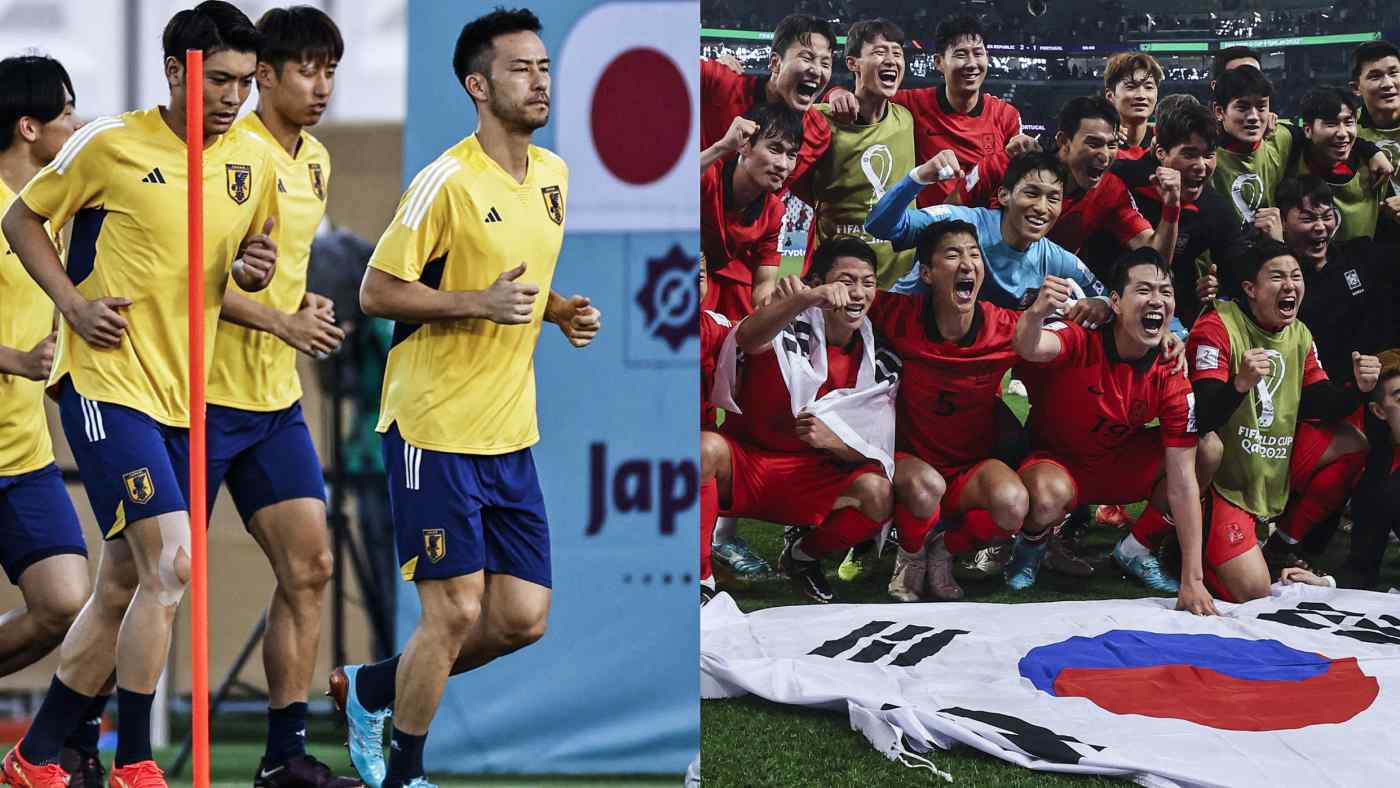 Not since 2002, when Japan and South Korea jointly hosted the World Cup, have both countries played on the same night seeking a place among the last eight teams of the tournament.    © Reuters
KIM JAEWON and SAYUMI TAKE, Nikkei staff writersDecember 5, 2022 18:55 JST | Middle East
CopyCopied

SEOUL/TOKYO -- Football fans in South Korea and Japan eagerly anticipated one of the biggest nights in Asian soccer for two decades on Monday as both national teams prepared for World Cup matches that could usher them into the tournament's quarterfinals -- or send them home from Qatar.