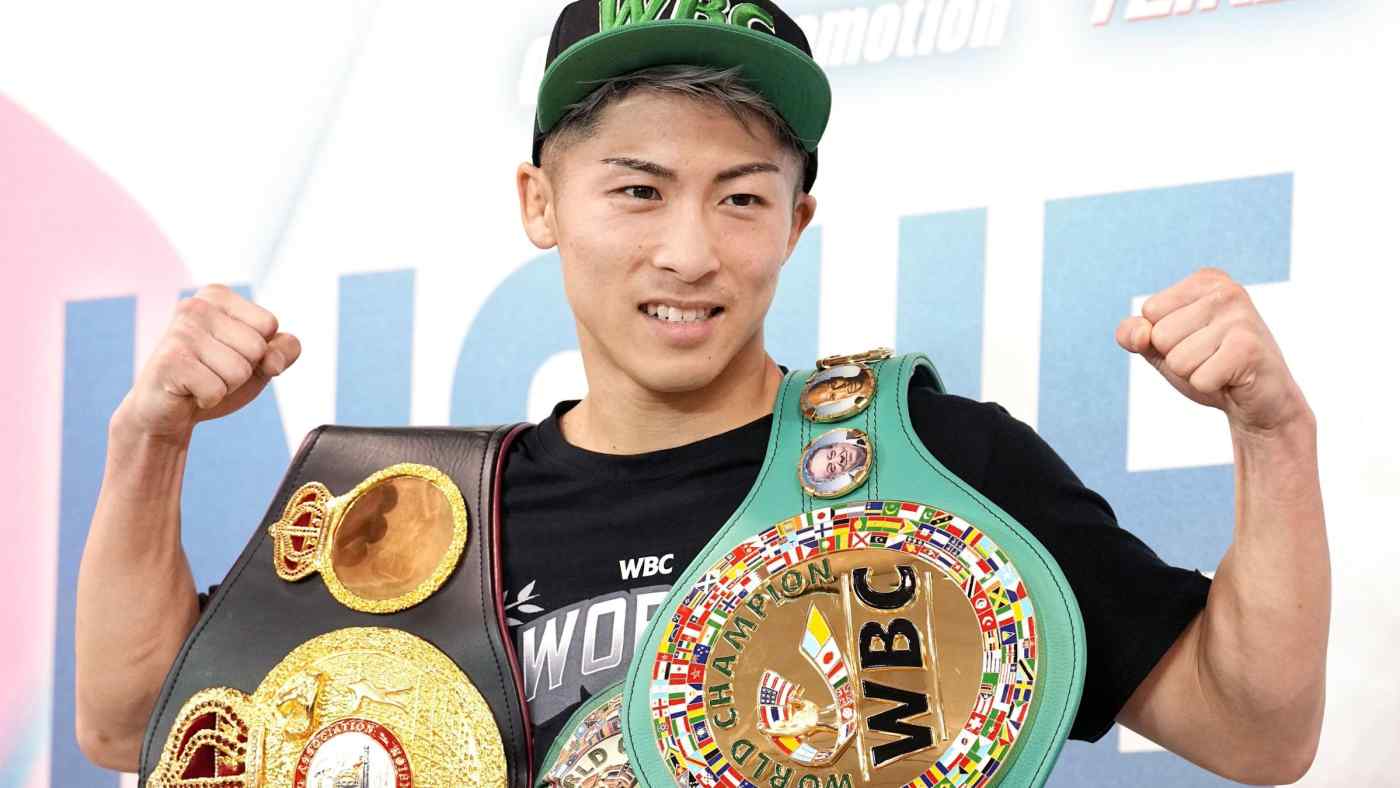 SAITAMA, Japan (Kyodo) -- Naoya Inoue became the first Japanese to hold a world title from three different sanctioning bodies with a second-round technical knockout of Nonito Donaire of the Philippines on Tuesday.

Inoue's victory in the title unification bout, added Donaire's WBC belt to the WBA and IBF bantamweight championships the Japanese fighter already had. Donaire has held five different world titles over the course of his career.

"Monster" Inoue again lived up to his billing as one of the world's top pound-for-pound fighters, coming out on top in the rematch of their November 2019 World Boxing Association Super Series final. Inoue won that grueling 12-round slugfest by unanimous decision.

Inoue needed only a round and 1 minute, 24 seconds this time at Saitama Super Arena with an early left hook from Donaire spurring Inoue into life.

"I did it. That early left hook gave me a sense of urgency, galvanized me and helped me rebuild," said Inoue.

"I've been saying all along I didn't intend to make it dramatic this time, and would win it one-sided. I'm really relieved and feel I can move on to the next stage."

The pair traded punches without any clean blows until Inoue sent Donaire to the canvas with seconds remaining in the opening round, his right cross counter catching Donaire square in face as if he never saw it coming.

The "Filipino Flash" came back, showing little signs of the blow that floored him, but Inoue rattled his rival with a left hook before sending Donaire against the ropes with a ruthless flurry.

Donaire went back on the attack for a brief spell, but another Inoue left hook to the face staggered the 39-year-old, who had no answer to the following combination from Inoue. With Donaire cornered and slumping, the referee intervened to end the fight.

"I didn't make solid contact with my right straight (in the first round) but on the replay between rounds, it looked I could use it," Inoue said.

"It was still the second round and I felt his left hook was still lively. I tried not to rush myself, but I also felt I had to finish it there for my value in the sport and for the next stage in my career."

Inoue had a word of gratitude for Donaire, who bounced back from his previous loss to Inoue to reclaim the WBC title to set up the highly anticipated rematch.

"I could shine in the bantamweight because Donaire was there. It became a touching occasion because we could come to this ring together and I'm thankful to him," the 29-year-old said.

Inoue has his sights set on becoming an undisputed world champion but hinted he also might move up to the next weight class if that proves impossible.

"If I can unify the four bodies' titles this year, then I'll stay a bantamweight. If that proves too difficult, then I'll go to super bantamweight, taking on that new challenge."