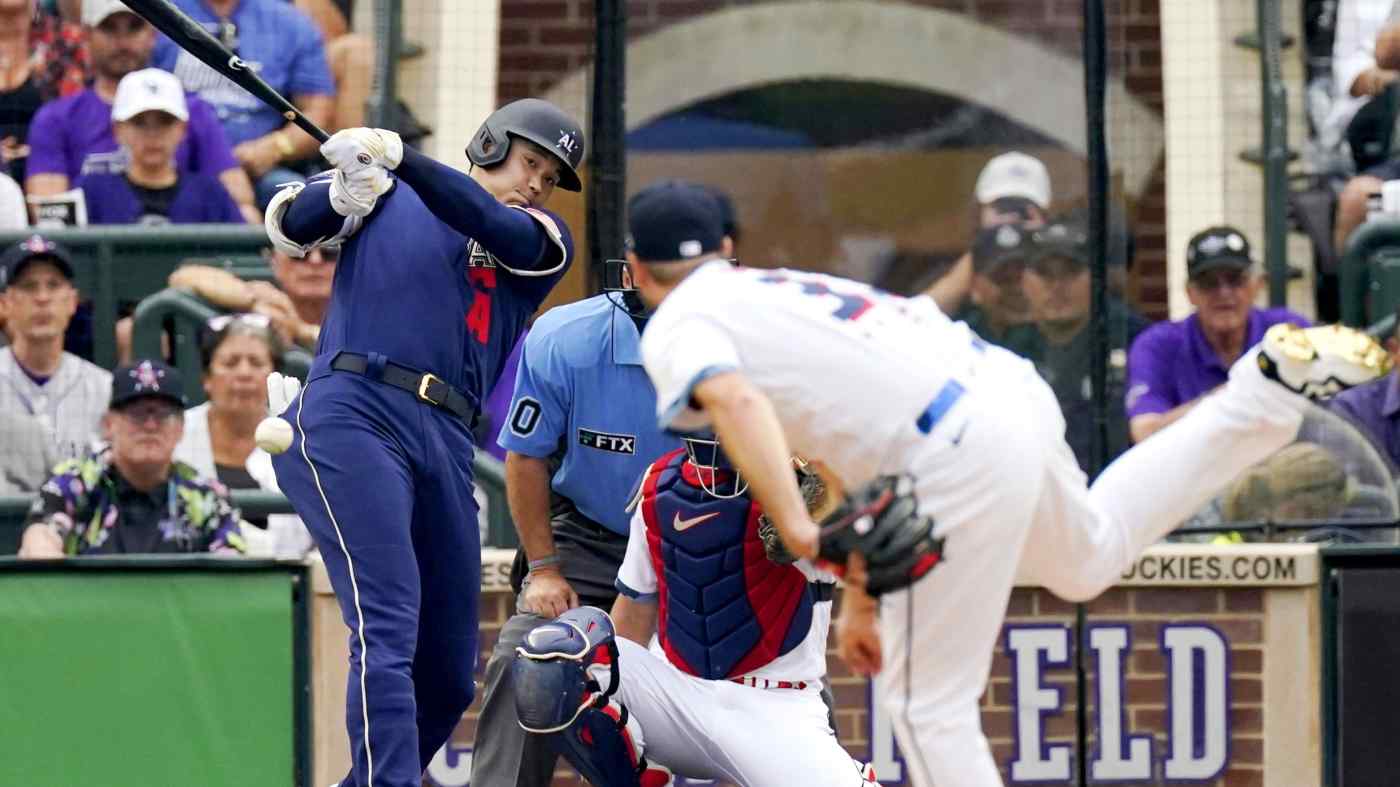 DENVER (Kyodo) -- Los Angeles Angels two-way star Shohei Ohtani on Tuesday became the first player in the 88-year history of the All-Star Game to start as both a hitter and pitcher.

Ohtani, who is listed in the lineup as a designated hitter, batted leadoff for the American League and then took the mound as the starting pitcher in the game at Coors Field in Denver, adding yet another first in his young MLB career.