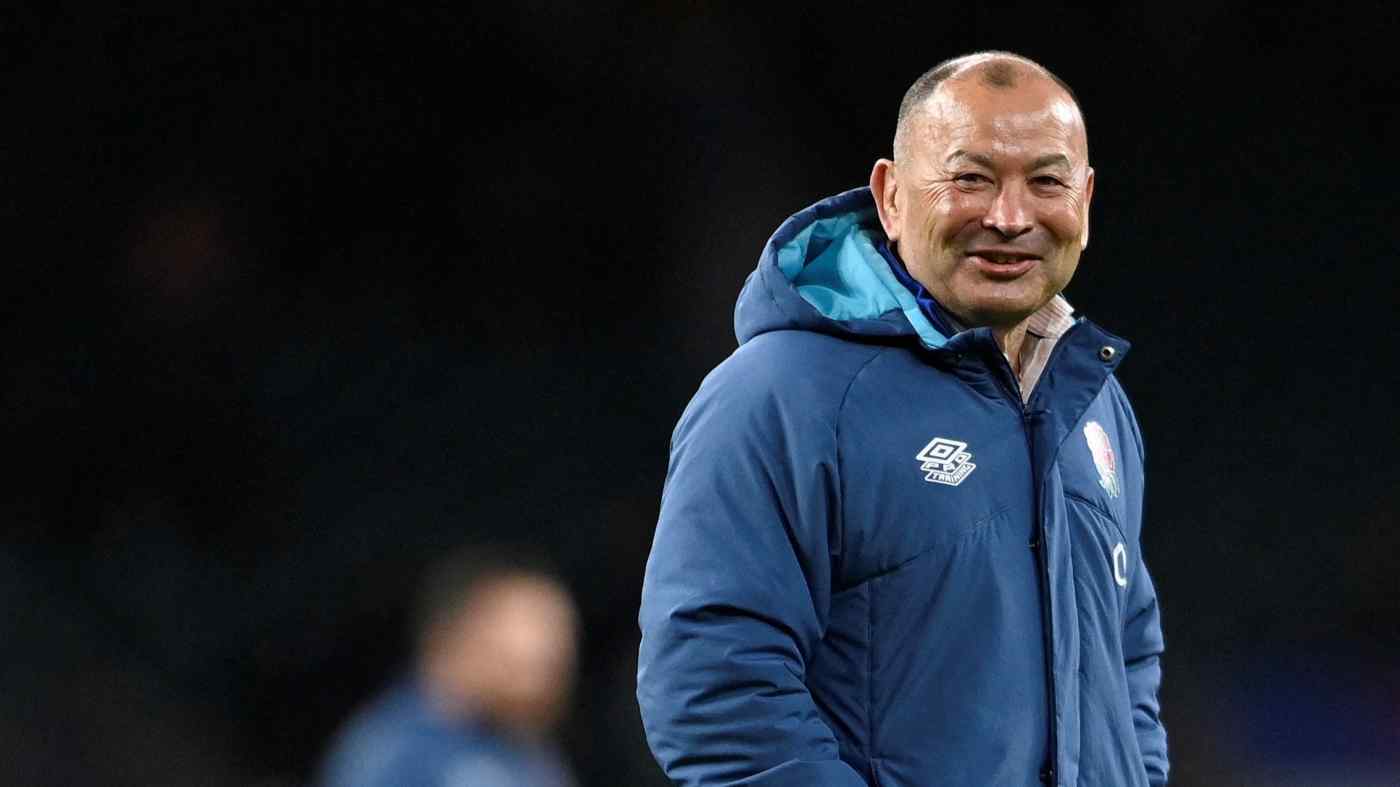 SYDNEY (Reuters) -- Australia coach Dave Rennie was sacked on Monday, with former England boss Eddie Jones returning to the job he held from 2001 to 2005 after being handed a deal to take him through the 2027 World Cup on home soil.

Jones, who led the Wallabies to the 2003 World Cup final in his previous stint in the post and was sacked by England in December, will also oversee the women's national team.

"It is a major coup for Australian rugby to have the best coach in the world return home to coach the iconic Wallabies and to oversee the Wallaroos program," said Rugby Australia chairman Hamish McLennan in a statement.

"Eddie instinctively understands the Australian way of playing rugby. This represents an opportunity to secure a coach of immense expertise and experience at the biggest competitions, and we did not want to miss it."

New Zealander Rennie was contracted until the end of this year's World Cup in France but had a winning record of only 38% since taking over after the last edition in 2019.

His winning record was the lowest of any Australia coach who had overseen at least 30 tests but he did lead the Wallabies to wins over New Zealand, South Africa and France during his reign.

Last week, he bluntly dismissed the idea that Jones might work with him in any capacity after media reports that Rugby Australia had been in touch with the 62-year-old Australian.

Jones also led England to the 2019 World Cup final, was a consultant for South Africa when they won the 2007 tournament, and oversaw Japan's stunning upset of the Springboks at the 2015 edition of rugby's showcase event.

His contract takes him through the 2025 incoming tour of the British and Irish Lions and Australia's hosting of the 2027 World Cup.

"It is going to be an immense period for Australian rugby. As a proud Australian, it is a great honor to be able to come home and lead the national team during these years," said Jones.

"If we can have everyone fit and healthy going into the World Cup this year, I am confident that we can go to France and break the 24-year drought of winning the Rugby World Cup."

Australia won the second of their two World Cups in 1999 but is currently sixth in the World Rugby rankings.

Rennie was plagued by injuries during his time in charge but there was growing unease that he had not settled on first-choice players in key positions such as flyhalf and fullback going into a World Cup season.

"I would like to thank Dave for his hard work and effort with the Wallabies. We are grateful for all that he has done for Australian rugby," said Rugby Australia CEO Andy Marinos.

"The work ethic, the spirit within the group, and the way the team carries itself are all a direct result of Dave's input. He has made a real mark on this group of players."