Country has reached the end of a 150-year spiritual journey TOKYO -- Japan is finally where it wants to be vis-a-vis the United States and the sport of baseball.

The country has reached the end of a spiritual journey that has taken nearly 150 years, thanks to the efforts of Shohei Ohtani, who has achieved success in the major leagues heretofore thought impossible by most observers.

No other player in Major League Baseball history has done what Ohtani has done this season, highlighted by his appearance in the midseason All-Star Game in which he appeared as a leadoff batter in the top half of the first inning and was starting pitcher in the bottom of the inning, 24 hours after competing in the home run derby.

No one -- no other player in the long history of America's national pastime -- has ever done that. Ohtani is now being called the greatest player in all of baseball, by many. He is among the leading pitchers in MLB and he is also threatening to hit 60 homers.

Japan has been trying to catch up to the Americans since 1873 when an American professor first introduced the game. The game was first played only on a high school and collegiate level, with many believing that playing ball for money was somehow impure. That changed in 1934 when Babe Ruth toured Japan with Lou Gehrig and other MLB stars that ended with a record 18-0 winning streak. Ruth himself hit 13 homers.

The Ruth tour was so commercially successful -- a million fans lined the streets of Tokyo's Ginza district to watch the parade of visiting Americans -- that Japan's first professional league was launched in 1936. 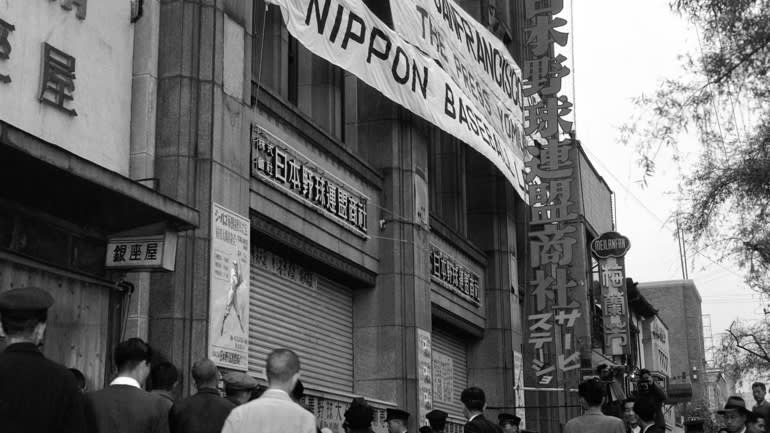 Top: Babe Ruth receives a hero's welcome from fans in Tokyo, in November 1934, with thousands of people waving Japanese and American flags to greet the Babe's motorcade. Bottom: Tokyo baseball fans waiting to buy series tickets in Ginza under banners welcoming the San Francisco Seals on their 1949 tour of Japan.   © AP

Visits came to a halt during WWII, but a visit by the San Francisco Seals of the Pacific Coast League in 1949 helped to restore goodwill between Japan and the U.S. The visitors won all seven games, paving the way for biannual visits by American big leaguers, tours which they usually won with ease. Typical was the New York Yankees visit in 1955 when the Bronx Bombers went 15-0-1.

The major leaguers had a significant height and weight advantage on average, and typical praise from MLB'ers was something along the lines of "the Japanese are experts at the fundamentals. All they need is a little more power and strength."

He was the first Japanese player ever to play in the big leagues and his success ignited a feud between the Giants and the Nankai Hawks of Japan's Pacific League who had initially drafted him out of high school. As a result, Nippon Professional Baseball and MLB signed a working agreement to keep their hands off each other's players.

The following year the Yomiuri Giants bested the MLB's National League champion, the Los Angeles Dodgers, winning a four of seven series, although the Dodgers were without their two top pitchers stars Sandy Koufax and Don Drysdale.

"The Americans have nothing more to teach us," noted Tetsuharu Kawakami, manager of the Yomiuri Giants, then on its way to nine Japan championships in a row thanks to sluggers like Sadaharu Oh and Shigeo Nagashima. Japan's hyperactive sports media began calling for a "Real World Series" between Japan and the U.S.

Such talk was derailed when the St. Louis Cardinals, with Bob Gibson and Lou Brock, and the Baltimore Orioles, with Brooks and Frank Robinson, won subsequent tours with ease, 13-5 and 12-2-4. 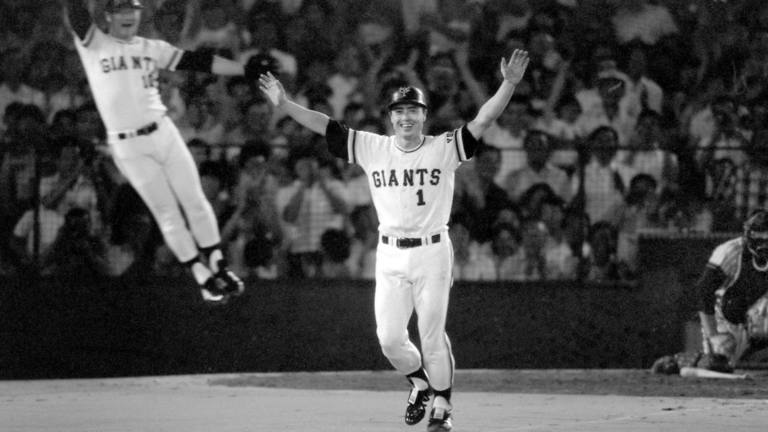 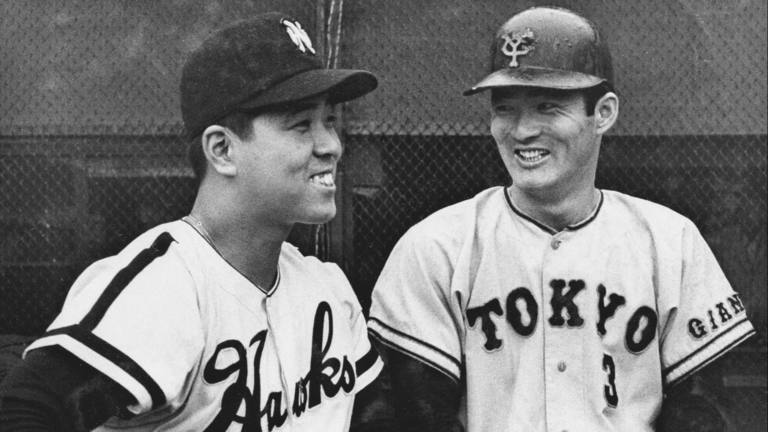 Sadaharu Oh passed Hank Aarons career home run record in 1977 and made the cover of Sports Illustrated. But critics argued that Oh played in smaller parks and against inferior competition.

It was a somewhat misleading interpretation of the situation because Oh hit the ball as hard as anyone alive, smaller park or no, and the quality of Japan's pitching was most of the time as good as most of what the big leagues had to offer. Japanese pitchers lacked speed, but they had mastery over a variety of breaking pitches. Still, very few American fans viewed Oh's mark as a real world record.

Japan continued to improve in MLB tours and in 1990 the NPB all-stars won a four of seven series versus an MLB all-star team which included Randy Johnson in his prime, although Americans were quick to note the MLB'ers spent a lot of time partying and drinking.

A major turning point came in 1994 when a young pitcher named Hideo Nomo found a loophole in the basic player's contract and signed with the Dodgers. Nomo's subsequent success -- he led the league in strikeouts and was the starting pitcher in the 1995 All-Star Game -- sent Japan into paroxysms of joy.

Every game Nomo pitched was televised nationwide and shown on giant Jumbotrons around the country. Writer Midori Masujima said Nomo's success "appeared to disprove the notion that Japanese were not physically or experientially ready for world competition." It was, she implied, a vindication of Japan.

Yet naysayers noted that no Japanese batters had done well in MLB, criticism that partially evaporated when Ichiro Suzuki arrived and broke the single-season hits record in 2004, and then Hideki Matsui won the 2009 World Series MVP leading the Yankees to the World championship. 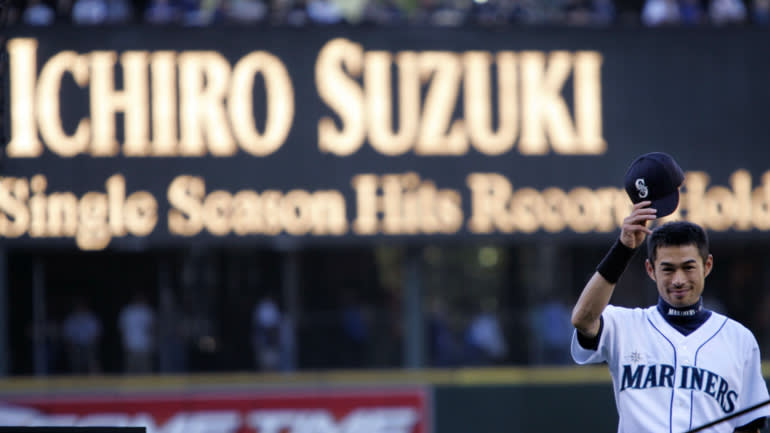 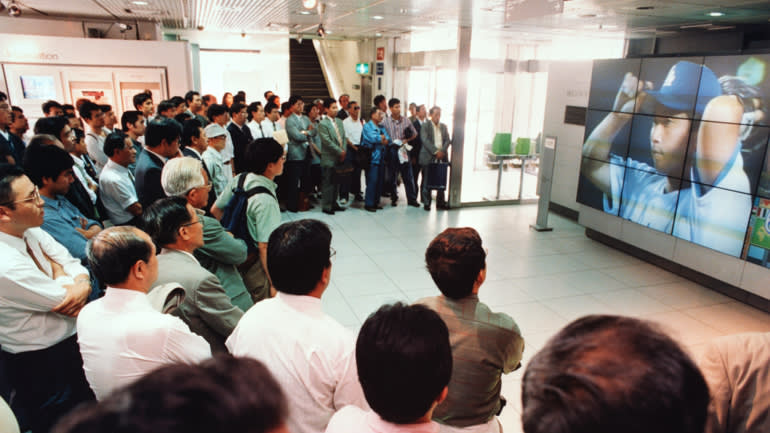 Top: Ichiro Suzuki of the Seattle Mariners tips his cap to fans during a pre-game ceremony honoring his breaking MLB's single-season hit record in 2004. Bottom: Tokyoites glue themselves to a TV screen showing Hideo Nomo pitching for the Los Angeles Dodgers in a game aired live from Los Angeles at Sony Plaza in Tokyo's Ginza district in June 1995.   © AP

As Japanese Baseball Hall of Fame batter Isao Harimoto -- the only NPB player with 3,000 career hits -- put it after Ohtani's 2021 midseason All-Star Game: "How do you like Japanese baseball now?"

Ohtani is only 27 and just reaching his peak, so even better years may be in store. Does this mean the time for a real World Series has arrived? Probably not quite yet.

Most objective observers say that while the majority of NPB players are good enough to play in the U.S. major leagues and that an all-Japan All-Star team could compete, the NPB champions could not. Not quite enough depth. That is the next -- and final -- mountain to climb.

Robert Whiting is a Tokyo-based journalist and author of books including "You Gotta Have Wa," and "Tokyo Underworld." His memoir "Tokyo Junkie: 60 Years of Bright Lights and Back Alleys... and Baseball" was published this year. This is the second installment of a two-part feature on Shohei Ohtani. Read the first part here.