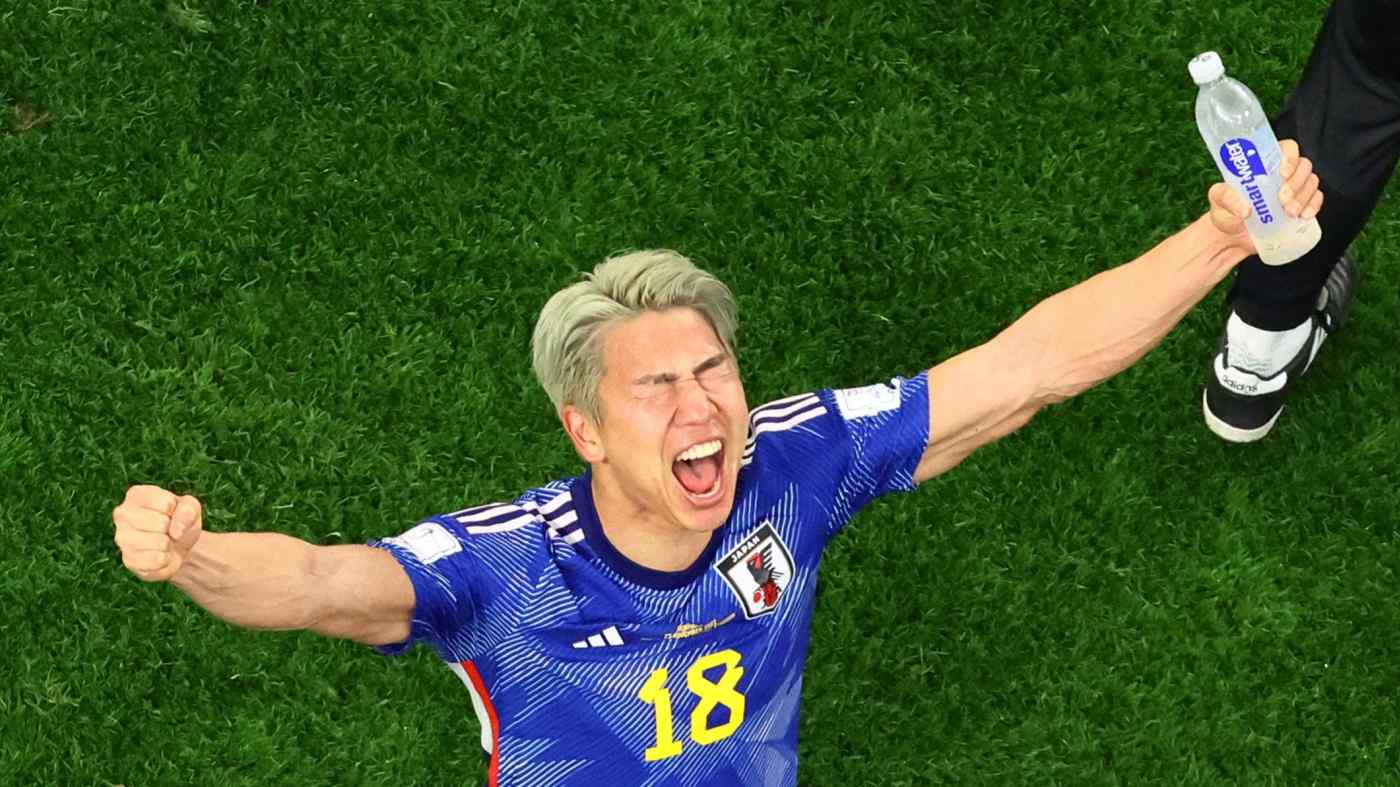 Japan's Takuma Asano celebrates after his team's 2-1 victory over Germany in its first match at the World Cup in Qatar on Nov. 23.
November 24, 2022 03:50 JST | Japan
CopyCopied

DOHA (Kyodo) -- Japan claimed a stunning 2-1 victory over Germany at the World Cup on Wednesday, with second-half substitutes Ritsu Doan and Takuma Asano scoring as part of a dramatic comeback in the tournament's Group E opener.

Doan was in the right spot to slam home a rebound after fellow substitute Takumi Minamino whipped a ball into the goalmouth that German keeper Manuel Neuer could only parry. Just minutes later, Asano latched onto a long ball and showed great strength to hold off a defender and smash it high into the net past the German stopper.