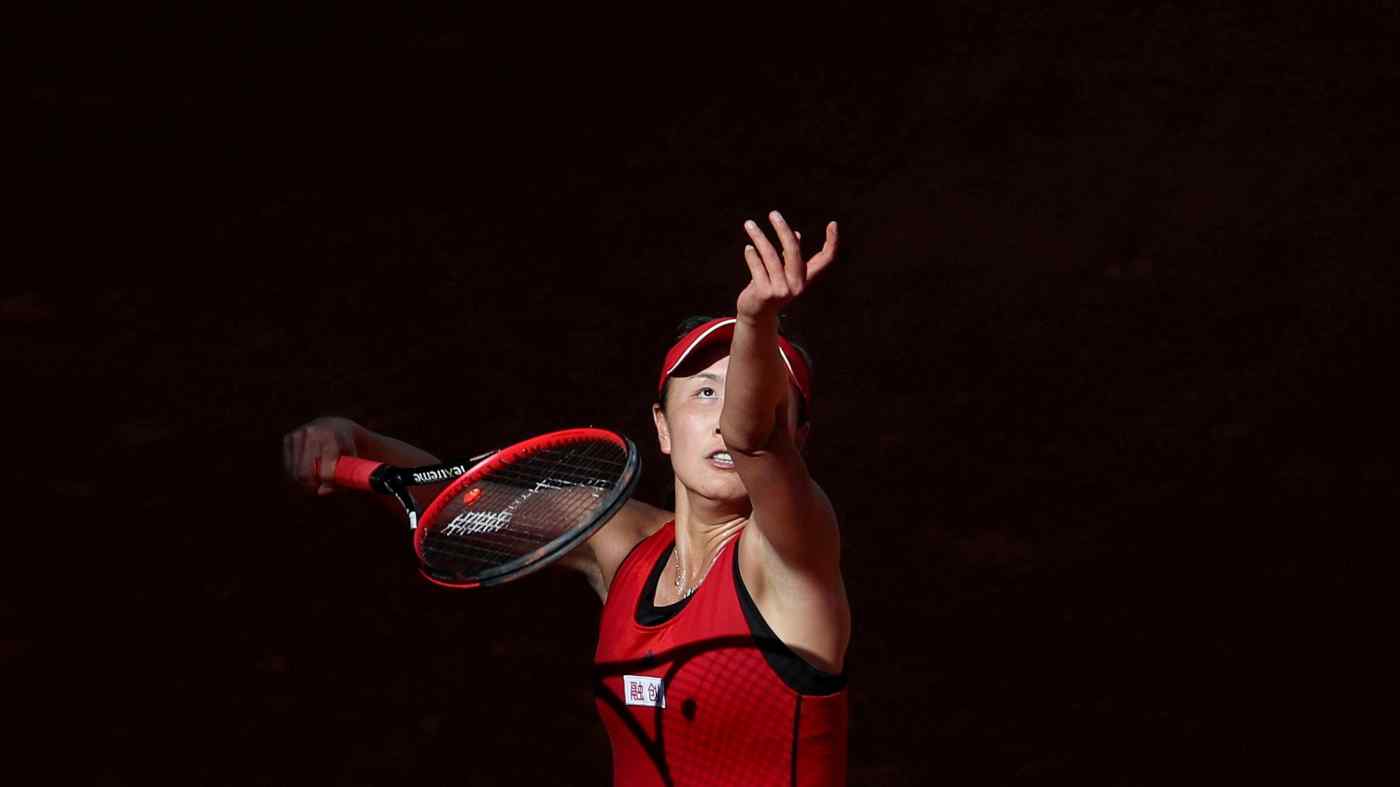 The Women's Tennis Association (WTA) drew criticism on Thursday from China for its decision to suspend all tournaments in the Asian nation out of concern for the well-being of star player Peng Shuai and the safety of other players.

Unconvinced by Peng's public appearances since a scandal broke a month ago over her sexual assault accusations against Chinese former Vice-Premier Zhang Gaoli, the WTA said it wanted assurances of her well-being and has sought an investigation.

The decision comes as Beijing prepares to host the Winter Olympics in February. Global rights groups and others have called for a boycott of the Beijing Olympics over China's human rights record.

Many leading figures in the tennis world applauded the U.S.-headquartered tour's decision to walk away from one of its biggest markets, though it could cost the WTA hundreds of millions of dollars in broadcasting and sponsorship revenue.

"I don't see how I can ask our athletes to compete there when Peng Shuai is not allowed to communicate freely and has seemingly been pressured to contradict her allegation of sexual assault," WTA Chief Executive Steve Simon said in a statement.

"Given the current state of affairs, I am also greatly concerned about the risks that all of our players and staff could face if we were to hold events in China in 2022."

Asked about the matter at a regular briefing in Beijing on Thursday, foreign ministry spokesman Wang Wenbin did not directly comment on the WTA's move, but said China "opposes the politicization of sports."

Telephone calls to the organizers of the China Open tournament went unanswered.

The whereabouts of Peng, a former world number one doubles player, became a matter of international concern following a nearly three-week public absence after she posted a message on social media in early November accusing Zhang of sexual assault.

Neither Zhang, who retired in 2018, nor the government have commented on Peng's accusation and the topic has been blocked from direct discussion on China's heavily censored internet.

While Beijing has remained largely silent over the scandal, the Global Times newspaper published by the ruling Communist Party's People's Daily took aim at the WTA on Thursday.

In an editorial on its Twitter account, which is not accessible within China, the paper accused the WTA of "bringing politics into women's tennis", categorizing it among "betrayers of the Olympic spirit."

The English-language tabloid added, "Some forces in the West are instigating a boycott against the Beijing 2022 Winter Olympics."

The International Olympic Committee said it held a second video call with Peng on Wednesday, following one late last month.

"We have offered her wide-ranging support, will stay in regular touch with her, and have already agreed on a personal meeting in January," it said in a statement on Thursday.

Peng appeared to be "safe and well, given the difficult situation she is in," it added.

Peng, a three-time Olympian, appeared in mid-November at a dinner with friends and a children's tennis tournament in Beijing, photographs and videos published by Chinese state media and by the tournament's organizers showed.

On Nov. 21, IOC President Thomas Bach had a 30-minute video call with Peng, during which she told him she was safe.

But Simon, who said the decision to suspend tournaments in China had the full support of the WTA's board of directors, said they were not convinced all was well with Peng.

"While we now know where Peng is, I have serious doubts that she is free, safe, and not subject to censorship, coercion, and intimidation," said Simon.

Equality for women, the founding basis of the WTA, would suffer a huge setback if powerful people could suppress the voices of women and sweep accusations of sexual assault under the rug, he added.

Tennis great and founder of the WTA Billie Jean King was among those who applauded the announcement.

"The WTA has chosen to be on the right side of history in defending the rights of our players," King said in a statement.

"I support fully WTA's stance because we don't have enough information about Shuai Peng and her well-being," the Serbian said after a Davis Cup tie in Madrid.

"This type of leadership is courageous and what is needed to ensure the rights of all individuals are protected and all voices are heard," the body said in a statement.

The International Tennis Federation (ITF) and men's Association of Tennis Professionals (ATP) did not immediately respond to a request for comment.

Simon had previously said the WTA would shut down operations in China if it was not satisfied with the response to the allegations.

The WTA began an aggressive expansion into China on the eve of the 2008 Beijing Olympics and local interest in the sport was fueled by Li Na winning the 2011 French Open.

China hosted just two WTA events in 2008 but 11 years later was staging nine, including the WTA Tour finals which were secured in a 10-year deal by the city of Shenzhen in 2018.

The pandemic forced the cancellation of all but one of the WTA events in China in 2020 and 2021, including this year's Tour Finals which were moved to Mexico.

The 2022 tour calendar has not yet been published.

"Unless China takes the steps we have asked for, we cannot put our players and staff at risk by holding events in China," Simon said on Wednesday.