World Cup: Saudi Arabia falls back down to earth with 2-0 loss to Poland 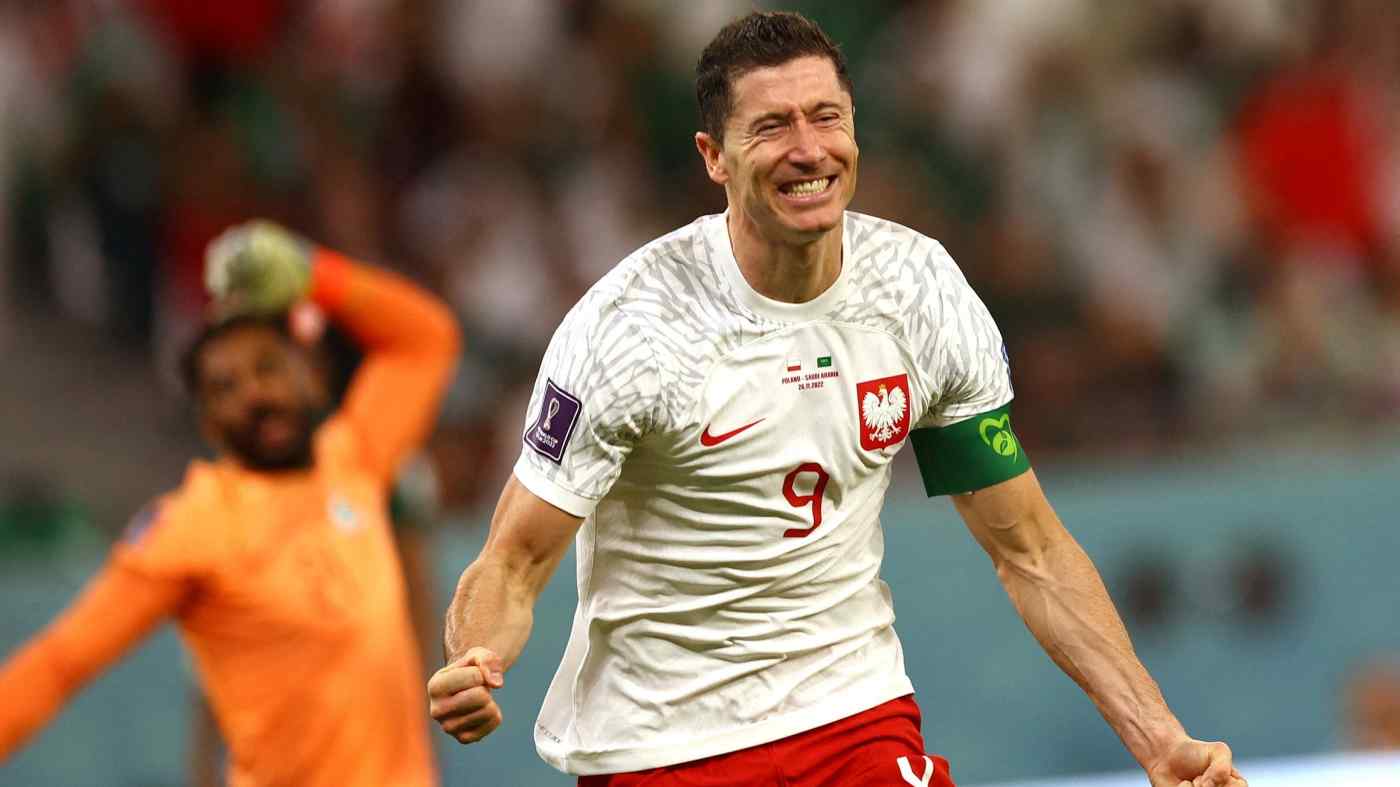 AL RAYYAN, Qatar (Reuters) -- Robert Lewandowski scored his first-ever World Cup goal as Poland brought Saudi Arabia back down to earth with a bump on Saturday with an 2-0 Group C victory that rejuvenated their tournament campaign.

Lewandowski, who missed a penalty in Poland's opening draw with Mexico and was visibly emotional after finding the net, pounced on a mistake in the 82nd minute to double Poland's lead after Piotr Zielinski had given them a first-half lead.

After completing one of the tournament's greatest ever shocks when they cut Argentina down to size in their opener, the Saudis, who failed to convert a first-half penalty, found Poland a tougher nut to crack at the Education City Stadium.

The win moved Poland to four points, one more than the Saudis, and left them needing a draw in their final game against Argentina next Wednesday to guarantee their spot in the knockouts.

The Saudis, the second-lowest ranked team in the tournament, will head into their final match against Mexico, while Argentina play Mexico later on Saturday.

There were half-chances for both sides before the game sprang to life in the 39th minute when Poland shook themselves from their slumber to take the lead.

Matty Cash skipped down the right and crossed low for Lewandowski who lifted it over the keeper and pulled it back for Zielinski to fire into the roof of the net.

Their hopes of cruising through to halftime, however, were ended four minutes later when Krystian Bielik made minimal contact with the back of Saleh al-Shehri's leg and he hit the turf.

The referee had initially waved away Saudi appeals but he was instructed to look at the VAR monitor and pointed to the spot, sparking celebrations from the Saudi players.

Those proved premature, however, as Salem al-Dawsari's low effort was palmed away one-handed by Wojciech Szczesny, who was quickly on his feet to parry the follow up from Mohammed al-Breik brilliantly over the bar.

Poland could have extended their lead in the second half when Arkadiusz Milik's header rattled the crossbar while Lewandowski hit the post with an effort that deflected off his knee.

Lewandowski, who had drawn a blank in his four previous World Cup games, did not have to wait too much longer, however, for his goal.

Abdulelah al-Malki slipped and Lewandowski pounced, robbing him of the ball before sliding a tidy finish beyond Mohamed al-Owais and into the net, with the striker seemingly in tears as he was greeted by teammates.