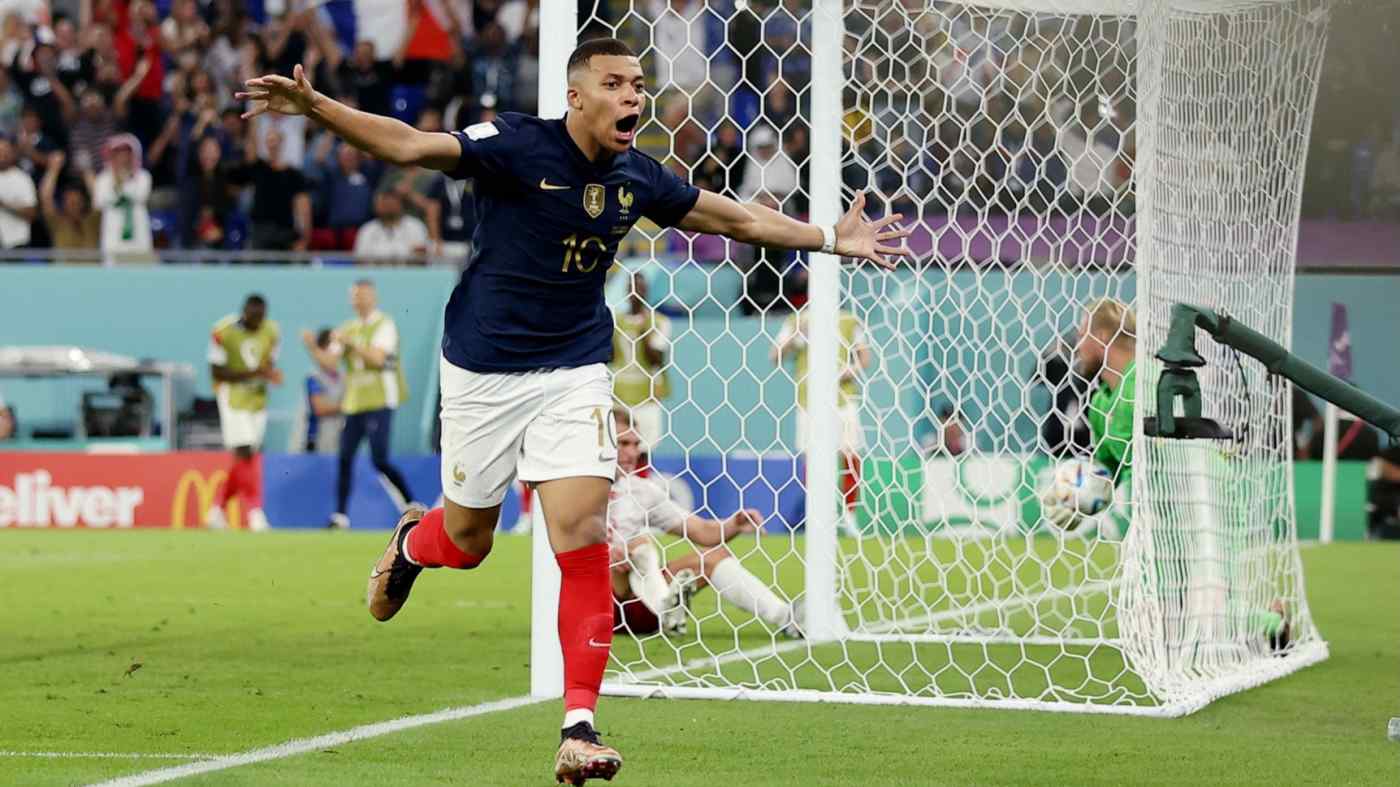 (Reuters) -- Two second-half goals by Kylian Mbappe lifted France to a 2-1 win Saturday over Denmark and made the defending champion the first nation to advance to the World Cup round of 16 in Qatar.

Mbappe clinched the result in the 86th minute, converting a cross from Antoine Griezmann.

France leads Group D with six points, with Australia in second with three points and Denmark and Tunisia trailing with one point each.

Piotr Zielinski and Robert Lewandowski each scored a goal to lift Poland over Saudi Arabia in Group C action.

Zielinski scored in the 39th minute and Lewandowski doubled the advantage in the 82nd for Poland, which has four points in two matches. It will need just one point in its final match against Mexico to advance to the next round.

Lewandowski's goal was his first in the World Cup in nine career matches.

Goalkeeper Wojciech Szczesny made a scintillating pair of stops from a penalty in the first half to keep Saudi Arabia in check. He finished with five saves.

Mohammed Al-Owais made one save for Saudi Arabia, which will battle Argentina in its final match.

Mitchell Duke scored in the 23rd minute to fuel Australia, which recorded its first World Cup victory in 12 years.

Duke's header slipped past goalkeeper Aymen Dahmen to give the Aussies all that they needed to win their Group D match.

The victory snapped a seven-match winless run at World Cup for Australia. Its last win came against Serbia in 2010.

Mathew Ryan made four saves for Australia, while Dahmen turned aside one shot for Tunisia. Lionel Messi kept Argentina's World Cup hopes alive by scoring the opening goal against Mexico from 20 yards out in the 64th minute.

Enzo Fernandez finished off the critical Group C victory with a curling shot in the 87th minute.

After a shocking 2-1 loss to Saudi Arabia in their opener, Argentina is now one point behind group leader Poland. Argentina and Poland will meet on Wednesday.

With just one point, Mexico must beat Saudi Arabia on Wednesday to have a shot at advancing to the knockout stages.