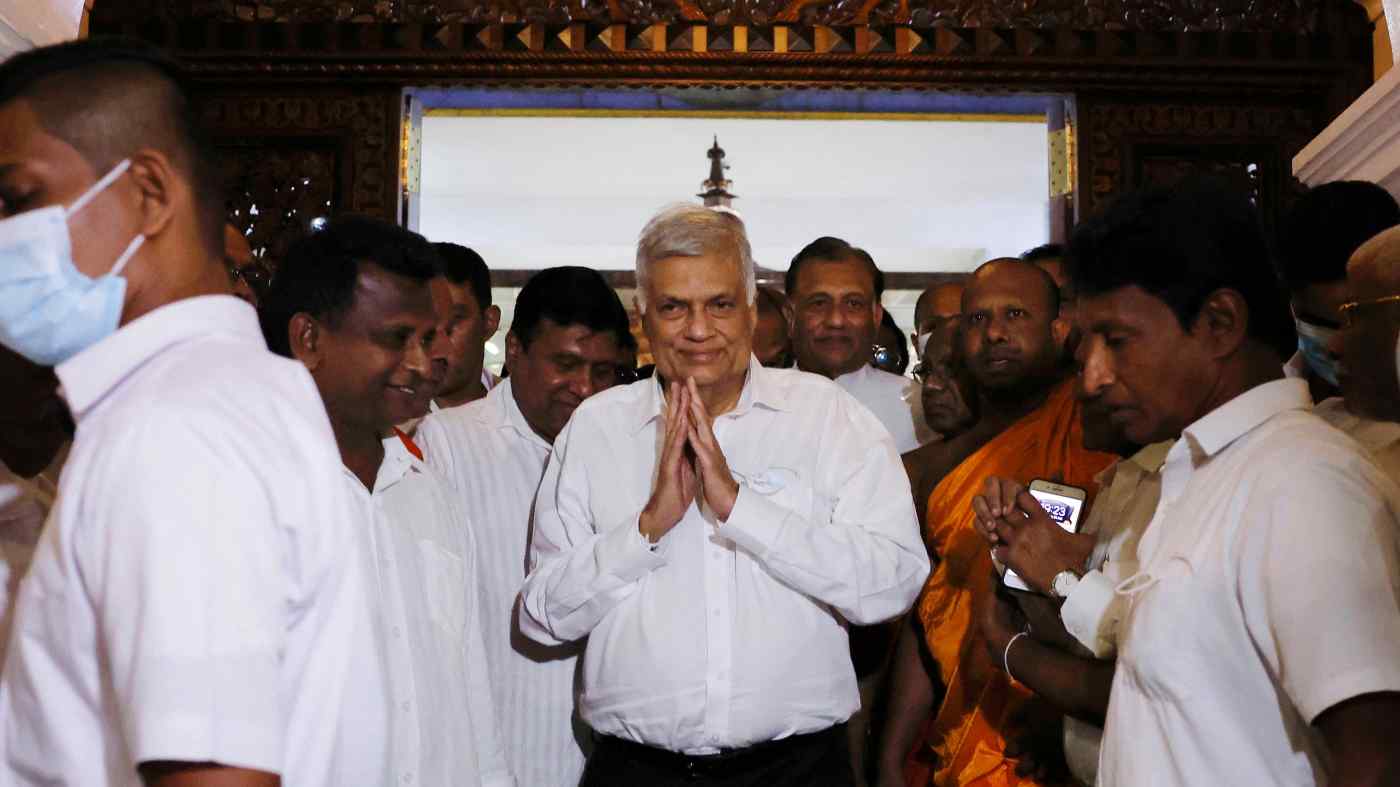 BANGKOK -- When Ranil Wickremesinghe was sworn in as Sri Lanka's eighth executive president on Thursday morning, it capped a remarkable comeback for a six-time prime minister who lost his seat in the last polls and was only in parliament thanks to a quirk of the system.

On Sri Lanka's boisterous social media, Wickremesinghe has been described as a "man with no mandate," among other barbs. Such doubts will be hovering over the 73-year-old as he attempts the daunting tasks of restoring political calm and lifting the debt-ridden South Asian economy out of bankruptcy.