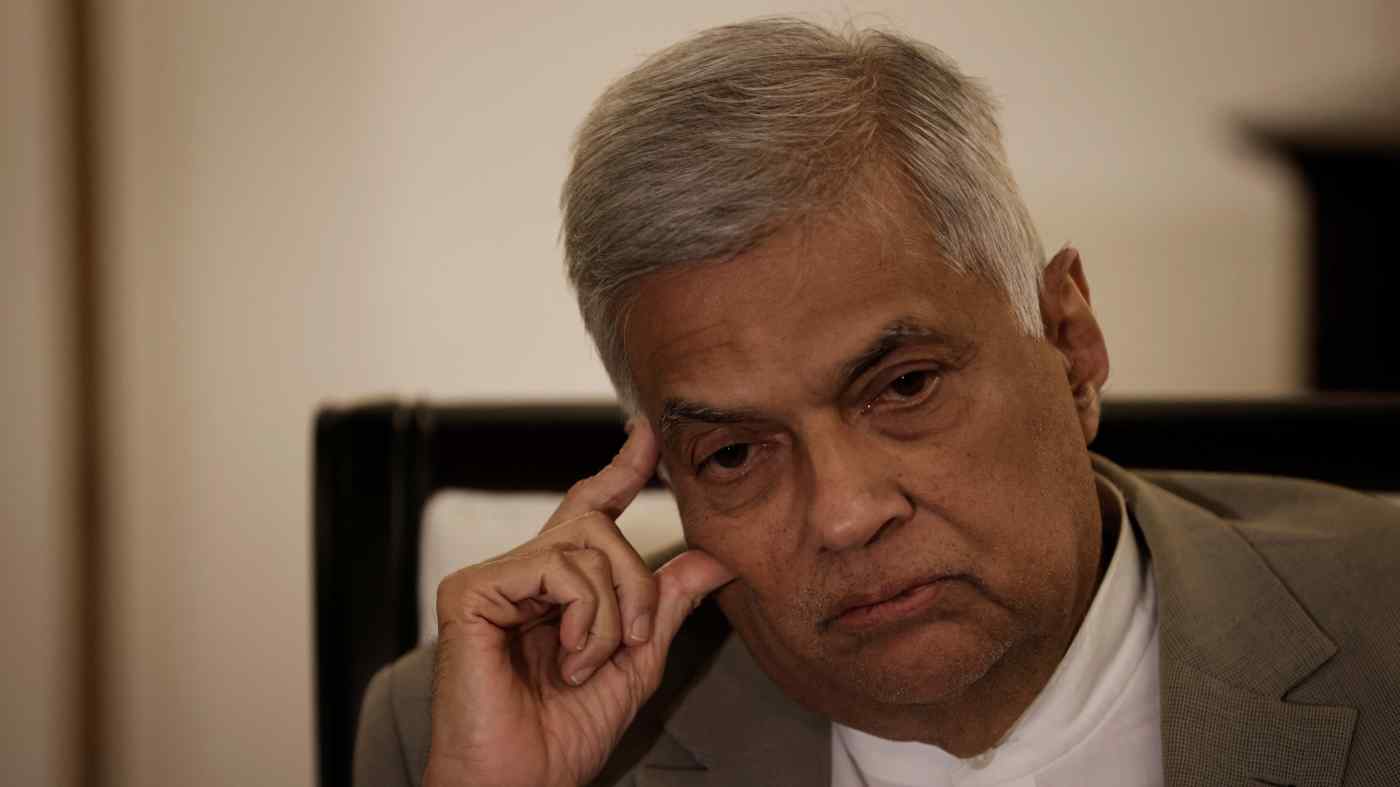 COLOMBO (Reuters) -- Sri Lankan Prime Minister Ranil Wickremesinghe will also be the nation's finance minister, the president's office announced on Wednesday, and will lead talks with the International Monetary Fund (IMF) for a bailout for the crisis-hit nation.

"Prime Minister Ranil Wickremesinghe was sworn in as finance, economic stabilization and national policies minister before President Gotabaya Rajapaksa this morning," the statement from the president's office said.

In an interview with Reuters on Tuesday, Wickremesinghe said he will present an interim budget within six weeks, slashing infrastructure projects to reroute funds into a two-year relief program.

Sri Lanka, an island nation of 22 million people, has been hit by its worst economic crisis since independence in 1948 with a severe shortage of foreign exchange stalling imports, including essentials such as fuel and medicines.

The turmoil is a result of the COVID-19 pandemic, which ravaged the country's lucrative tourism industry and weakened foreign workers' remittances, and ill-timed tax cuts enacted by Rajapaksa.

Demonstrations have roiled Sri Lanka since late March, with protesters accusing the president and his powerful family of mishandling the economy.

Wickremesinghe -- a political veteran who has been prime minister five times -- was sworn in for a sixth term two weeks ago after the president's elder brother, Mahinda, resigned from the post.

President Rajapaksa and Wickremesinghe have since tried to cobble together a new cabinet of ministers, drawing members from the ruling party and some opposition groups.

But the critical finance ministry portfolio has, so far, remained vacant.

"The finance minister's appointment is extremely crucial because he needs to get the ball rolling on a new budget, talks with the IMF and spearhead fiscal support," said Lakshini Fernando, macro-economist for Sri Lanka-based investment company Asia Securities.

Ali Sabry, the previous finance minister who started talks with the IMF in April, quit in early May when the cabinet was dissolved after Prime Minister Rajapaksa resigned.

Seen as an economic liberal, Wickremesinghe already has experience with the IMF, having served as prime minister when Sri Lanka last had a program with the international lender in 2016.

He has also built relationships with regional powers India and China, key investors and lenders who vie for influence over the island nation that lies along busy shipping routes linking Asia to Europe.

"Ranil Wickremesinghe is the better option, but we'll have to see if he has a majority in parliament and if he can do the job of both the prime minister and finance minister," Fernando said.