A sadhu, or Hindu holy man, in Allahabad, India, pays a merchant using Paytm. The mobile payments company has roughly 350 million users on its platform.   © Reuters
Startups in Asia

MUMBAI -- Vijay Shekhar Sharma is used to dealing with skeptics. The 39-year-old founder of Paytm, India's biggest mobile payments business, was repeatedly turned away when he first sought backing for his startup.

"You are a great technology person but you have never done a consumer (business)," he was told. In the end, he managed to convince a group of investors who gave him $1 million and six months to prove himself.

Eight years later, Paytm has roughly 350 million users moving money around on its platform. It claims 50% of the Indian market, where the value of digital transactions is expected to grow from roughly $200 billion to $1 trillion by 2023, according to Credit Suisse.

In August, Sharma received a big vote of confidence when Warren Buffett's Berkshire Hathaway invested an estimated $346 million in return for a 2% stake in Paytm's parent One97 Communications. That investment followed $1.5 billion in fundraising last year that involved other well-known investors such as Alibaba Group Holding of China and Japan's SoftBank Group.

Those investments have put a heady $12 billion to $15 billion valuation on One97, according to insiders, despite the fact that the business remains loss-making. Yet they have still failed to stem concerns over the sustainability of Paytm's market position. 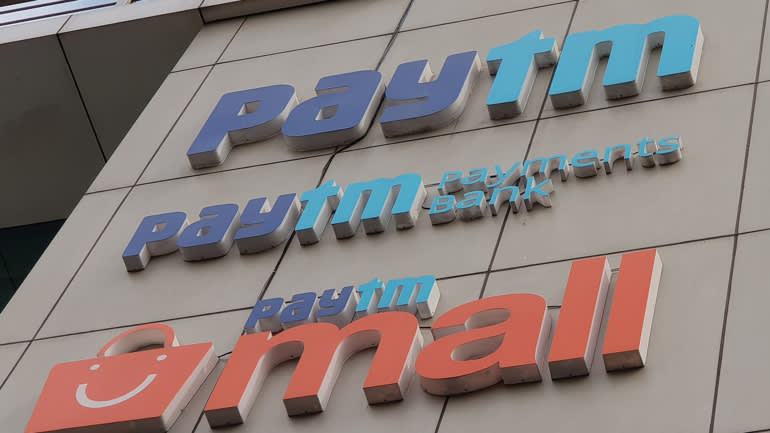 Paytm last year launched the Paytm Mall concept, a market place for merchants to sell their products to consumers and where transactions are settled on the company's platform.

The worries have been fueled by a rising tide of competition from some of the world's biggest and most aggressive technology companies such as Facebook, Google and Amazon. These foreign companies have been lured into India's digital-payments industry not just by the size of the market, but by the Indian government's efforts to open it up to new players.

The decision in 2016 to introduce a groundbreaking payments system that allows users to transfer money between bank accounts through compatible mobile apps has opened the floodgates, analysts say. Sharma's response has been to push the boundaries even further, well beyond digital payments and into retailing and financial services as a means to bring traditionally offline vendors and consumers onto his payments platform. "I have not seen anyone in offline yet," he said.

Sharma believes the best way to protect his core business is to build an ecosystem of operations spanning e-commerce, banking, wealth management and, now, insurance that can channel these customers to his payments business. The end goal is to create a financial-services business to rival the biggest. "Our ambition is to build a $100 billion financial-services company out of India based on mobile technology," Sharma declared at a conference this month. Vijay Shekhar Sharma, Paytm’s founder, believes he will convince skeptics as he pushes into new areas to nourish his payment platform. Digital payment "is a growth business," he said. "It will dominate the landscape."

Along the way, One97 is expected to move into new financial markets such as insurance and mutual funds. These will be just the latest shifts for a company that has reinvented itself several times over the last decade.

Since One97 began life in 2001 as a directory assistance and mobile content business for telecom operators, the company has at various stages provided services such as mobile recharging and settlement of utility payments. In 2014, the mobile wallet was launched and the following year Alibaba came on board to invest $680 million for an estimated 20% stake.

Since then, however, growth has slowed and Sharma is stepping up the range of new businesses to support the digital-payments platform.

Last year he launched the Paytm Mall concept, a market place for merchants to sell their products to consumers and where transactions are settled on Paytm's platform. Last year also saw the creation of a payments bank, which is restricted to accept deposits and cannot make loans. This year he started Paytm Money to sell financial services products such as mutual funds.

The result of all these new businesses was annual revenue last year of 8.28 billion rupees ($114.4 million), and net losses of 8.99 billion rupees, according to data collated by Cogencis Information Services.

Although losses have fallen significantly from the 14.96 billion rupee deficit in the year ending March 2016, Sharma is facing some challenges in his enlarged business.

One of the biggest will be to continue growing the mobile payments platform in rural areas, said Saswata Guha, director of Fitch's Financial Institutions team. "Urban markets are obviously the low hanging fruits because people here use more smartphones and are tech savvy," he said. "I am not sure if Paytm will be able to replicate that success story in lower-tier towns and perhaps villages."

Moreover, while Google and Facebook may be planning their attacks, Paytm is also up against "tech savvy banks" whose platforms "are no less, if not better, than what Paytm has to offer," he said. "That is a significant challenge for ... Paytm." The decision to launch a bank has also drawn attention. The number of payment bank licenses has halved, in a sign that many companies are discovering the limits of profitability in these restricted financial institutions.

Paytm's Payments Bank, as it is called, also faced a hiccup last month when it was banned from taking fresh deposits. The bank has been asked to physically verify identity cards used for opening accounts.

The e-commerce strategy has its critics as well. Although Paytm Mall has 95 million users, it remains substantially smaller than market leaders Flipkart and Amazon. Forrester Research estimates that Paytm Mall has just 6% of the Indian e-commerce market, against more than 30% each for its rivals. Paytm claims its share has doubled since that research.

But as a marketplace rather than a retailer, some analysts believe it could be difficult for One97 to persuade customers to spend their money with unknown merchants, said N. Chandramouli, chief executive of TRA Research. "You are not sure of either product or quality," he said. "So it's a tougher one and it's not easy to crack."

Sharma rejects suggestions that the e-commerce model he has chosen is flawed. "We do not want to be the retailer where we buy inventory and we resell at a discount," he said. "We want to be the technology provider to the small shopkeeper, where we enable them to do e-commerce. Our business model is actually the heavy lifting up of small businesses to e-commerce."

Paytm Senior Vice President Deepak Abbot says the battle will be won by bringing value to merchants. "Can I help them get more new customers? Can I help them know the customer who is walking into their shops? Can I help them give customized offers to these customers?" Abbot said. "The idea is help the shopkeeper to increase their business and not just accept payments."

Sharma's next frontier is insurance, where he sees great potential. According to India Brand Equity Foundation, the insurance market is expected to grow from about $60 billion currently to $280 billion by 2020.

The Berkshire Hathaway investment will be a great enabler to tap into this growth, he argues, bringing expertise in banking as well as in insurance in the U.S. "Berkshire brings a Western opinion, a new vantage point," he said. Berkshire's investment manager, Todd Combs, will sit on the board of One97.

Despite the potential, Berkshire Hathaway knows better than most the perils of selling insurance online in India. Its own attempt as agent to Bajaj Allianz General Insurance failed, and Berkshire Hathaway quit the country after just two years of operation in 2013.

Undeterred, One97 has quietly registered two companies -- Paytm General Insurance and Paytm Life Insurance -- through which it will sell insurance products directly to consumers online. "It will take at least one year" to begin selling insurance products, Sharma said.

As always, he is confident that the opportunities will outweigh any challenges. It is a view he has held since winning over those first skeptics. And he believes he will convince any new ones as he continues to push into new areas to nourish his payment platform. Digital payment "is a growth business," he said. "It will dominate the landscape."

For this small-town-boy-turned India's youngest billionaire, any concerns are misplaced. One97 is "two to three years ahead of our break-even milestone."