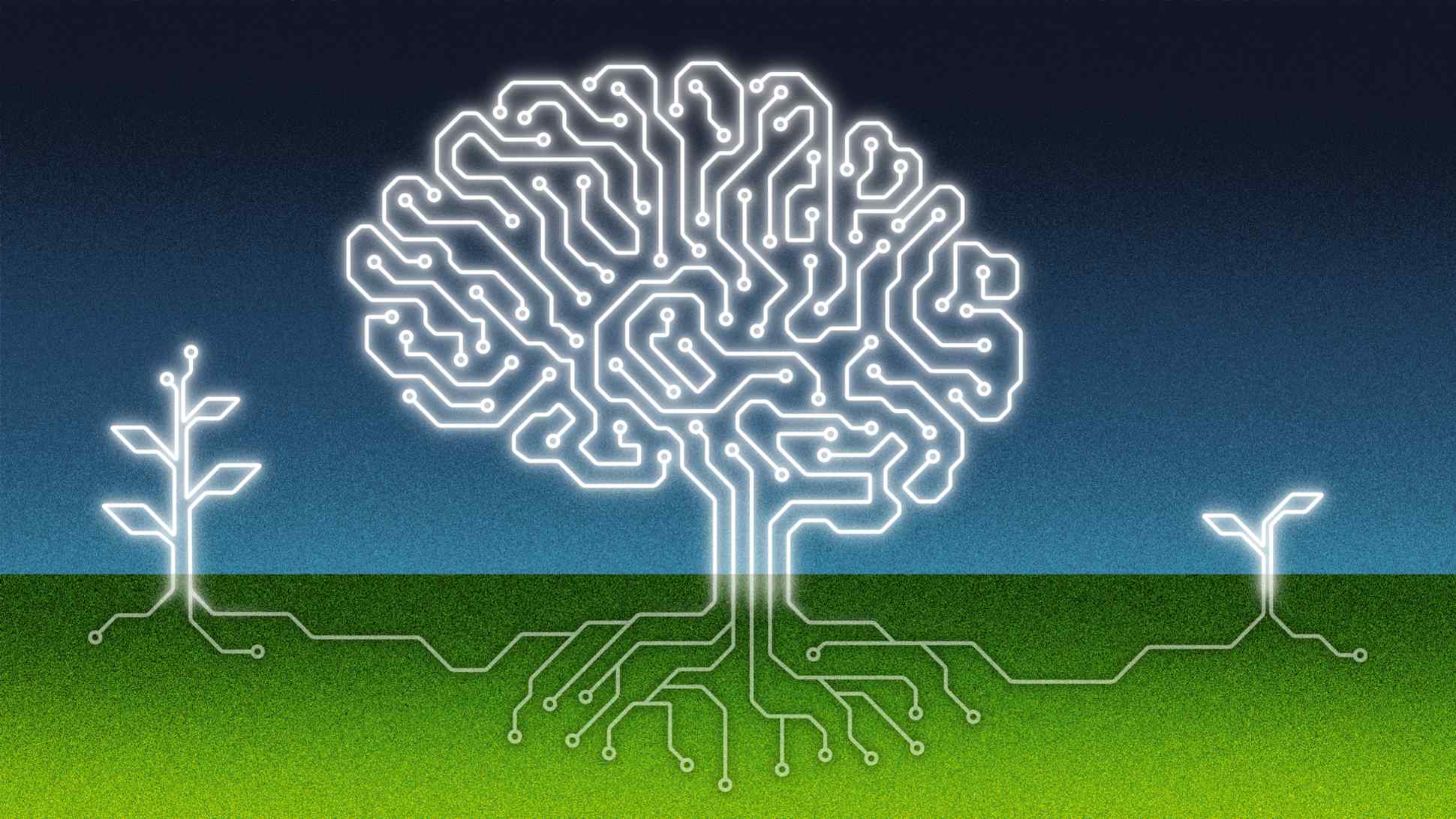 Analyzing retail data only scratches the surface of Abeja's ambitions

TOKYO -- Yosuke Okada was not exactly dressed to impress when he met the man who would become his angel investor.

Soon, the entrepreneur had the veteran investment banker focused on something else: the mind-blowing possibilities of artificial intelligence. Okada is an "artist," Tomimatsu said. "He can produce one out of zero."

An undisclosed initial investment from Tomimatsu helped Okada get his startup, Abeja, off the ground. Today, the company is using AI to change the way retailers do business, arming their physical stores with the same valuable data about customer behaviour that e-tailers such as Amazon gather in real time as shoppers browse the internet.

But Okada has even bigger ambitions -- he wants to change manufacturing, computing, perhaps even humanity as we know it. "He wanted to change the world," said Tomimatsu, now an Abeja director. "So I gave him a shot." 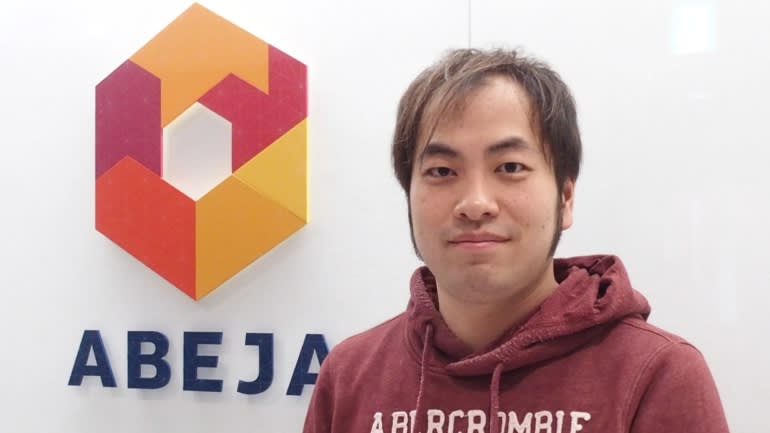 Abeja President Yosuke Okada founded the company in 2012, venturing into the uncharted territory of deep learning. (Photo by Akane Okutsu)

Abeja's technology can be found in more than 530 stores in Japan, including those of well-known brands Guess and Beams. At the Parco_ya Ueno shopping center in central Tokyo, footage from 200 cameras is run through the company's AI system to track how many customers come in, their age and their gender.

Competitors provide similar services, such as U.S. player RetailNext and Japan's Aroba. But Kenji Nonaka, general manager at shopping mall operator Parco, said Abeja has more experience than the others, allowing it to pool expertise from across a broad spectrum customers and predict outcomes more accurately. Abeja "knows what [its other clients] did to improve revenue and operations," he said.

The relationship is paying off. One Parco_ya apparel boutique was having trouble selling a certain brand. Based on Abeja's advice, Parco and the boutique analyzed their data and moved the display close to a particular entrance. The result was an increase in sales. Parco's next step will be to track individual customers who agree to have their identities linked to their profiles on its smartphone app. This will give the company a complete picture of which shops they browse, how often they visit and what they buy.

Abeja declined to disclose its sales figures, but it works with over 150 companies. The vast majority -- around 100 -- are in the retail sector.

This was not what Okada had in mind when he started out. "That's what is interesting about technologies," he said. "You don't know how you can use them as they emerge."

Okada was a tech-savvy child and, by the time he was in junior high school, was building his own software. Okada says he studied computer graphics at university, although he refuses to disclose where he went. While there, he and a friend founded a photo sharing service similar to Instagram. He left university without getting his diploma to focus on the business, but it soon failed. He then took a job with the Japanese internet services startup called RichMedia, where he learned everything from system development to sales, preparing for a second crack at a startup.

He was working in Silicon Valley for RichMedia when he stumbled upon the concept of deep learning.

Put as simply as possible, deep learning describes computer systems that use algorithms to mimic the learning capabilities of the human brain. By performing a task over and over, the AI achieves progressively better results.

Deep learning quickly improved the accuracy of image recognition by about 10%, while earlier methods had managed only a 5% gain after decades of work. Okada said this was revolutionary, unlike many technologies that merely "optimize what can already be done."

"Deep learning enabled what was not possible before." And back then, he said there were no ventures in Japan that focused on it.

So he started one.

Okada met Tomimatsu while the latter was looking to hire an engineer for a digital signage company -- which later merged with Abeja. At first, Tomimatsu said he found deep learning "scary," since it could identify individuals with a high degree of precision. But he also sensed the potential for turning it into a business.

One problem the company faced in its early days was that nobody knew what deep learning was all about. Okada zeroed in on the retail sector because, he said, the companies happened to be more receptive to working with startups. In 2015, Abeja won an award in a venture competition backed by major Japanese department store operator Isetan Mitsukoshi Holdings.

Now Okada is setting his sights beyond retail, and is partnering with companies in other industries as well as overseas. As Tomimatsu put it, while Okada has the skills to create something from nothing, "to grow the business model from 10 to 100, [Abeja] will need help from a lot of people."

Some partners are also Abeja investors, and are collaborating closely to build new deep-learning applications. Japanese air conditioner manufacturer Daikin Industries and Abeja are developing a system to deduce which parts need to be repaired, based on inquiries to Daikin's call center. Auto parts supplier Musashi Seimitsu Industry is working with the startup to identify defective products in its factory.

In 2017, Abeja set up its first overseas office in Singapore. "Japan is not a leading country for AI," Okada said, explaining why he ventured abroad as soon as the company had enough funds.

This past February, Abeja announced a project with Singaporean subway operator SMRT to find ways to enhance safety. In Thailand, the company is working with Japanese auto component maker Denso to analyze the movements of factory workers, to maximize efficiency.

Abeja is also in talks with Google on global opportunities, as the search company expands its Google Cloud Platform.

Ultimately, Okada aims to draw on Abeja's experiences with its partners to provide software as a service, or SAAS, packages for multiple sectors. In other words, it would sell subscriptions to cloud-hosted applications designed to be suitable for an entire industry. This would complement the custom systems it now designs for individual clients.

Currently, Abeja only offers an SAAS product for retailers. Okada said his company has learned from struggles and failures. It keeps a checklist of seemingly minor but crucial factors that can throw off its image recognition system, such as backlight or posters with pictures of models in apparel shops. Its involvement in the retail business has also provided valuable expertise on handling hardware -- such as how to place cameras to capture necessary data, and how to transfer and process the information in the cloud.

Contrary to popular belief that AI removes humans from the equation, companies find the technology can be extremely labor-intensive. Images of objects, for instance, need to be labeled by humans so that the system can learn to tell them apart. Many AI companies outsource this annotation process but end up feeding their AI data that is only 70% to 80% accurate. Abeja provides companies with the tools, advice and human resources for the process, and says it has achieved over 99% accuracy.

Okada argues that Abeja is uniquely positioned to serve as "industrial machinery" -- the tool that will allow his clients to build their own AI to enhance their business. For example, he believes that Abeja's cloud platform makes it easier for companies to manage the vast amount of data they generate, to annotate it and to ensure the system learns properly. He said many other players in the field, such as Hong Kong-based SenseTime, are merely application providers. "Companies want customized AI for fields where they want to differentiate from others," Okada has said. 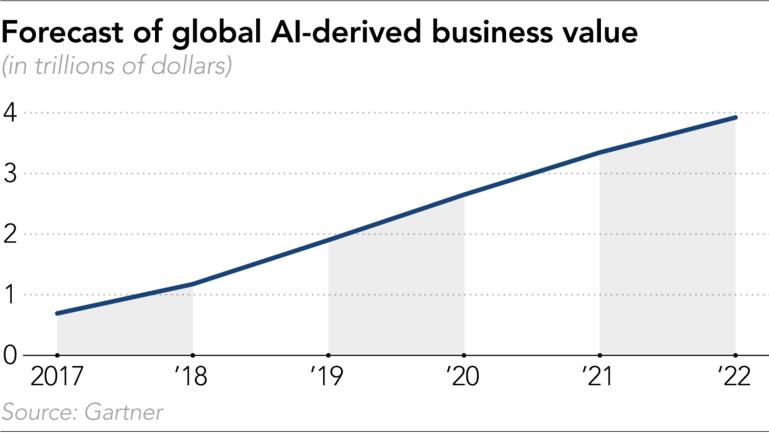 "Startups can offer a better ability to develop pilots and R&D projects together with companies," she said.

Even so, Okada wants to scale up dramatically. But he admits this is no easy task for company like his. Commercial use of artificial intelligence is still relatively new and it can be difficult for companies to identify where to invest in order to extract value. There is also a risk that the current technology becomes obsolete with the emergence of new ones.

Okada hopes to overcome this by keeping irons in several fires. "It is better as a company to focus on many technological fields," he said. "It's our role to implement them in society."

The company recently set up an R&D project called Abeja X to dig into new technologies. The first target is quantum computing, which promises data analysis at astonishing speeds. Calculations that would take today's computers billions of years could take a quantum computer days, or even less time.

But his search for opportunities is not confined to information technology. He envisions a great convergence of "all types of engineering", opening up a range of new opportunities not yet dreamt of. His interests include genetic and cell engineering, which could expand human capabilities.

Okada refuses to be pigeonholed. "I never said Abeja is an AI company."