BANGKOK -- Some Southeast Asian startups have become household names. Omise is not one of them. Few consumers are aware of its existence.

But if they have shopped online in Thailand or Singapore -- as more people are doing because of the coronavirus pandemic -- chances are they have crossed paths with the company. And if its Japanese founder has his way, the world will soon hear a lot more about Omise's financial technology -- especially its use of blockchains.

Warisa Wattanapanit, a 27-year-old Thai, used Omise one recent Saturday, before the coronavirus spread, when she decided to order a McDonald's meal and spend a lazy afternoon watching an "Avengers" movie. "I didn't even know whose services I was using," she said, "but when it comes to online ordering, the quicker the better."

That is, essentially, what Omise does -- it makes online purchasing faster. Upon checkout, some e-commerce sites redirect customers to a financial institution's payment page. Omise's technology, in contrast, allows websites to complete transactions without sending shoppers elsewhere. The system can handle both credit cards and e-money services like Alipay.

In a fiercely competitive online retail market where companies are looking for every advantage, speeding up transactions by removing a step is no small thing.

Now the coronavirus is giving another leg-up to online commerce in the region. Thailand on Thursday decreed stringent measures to reduce people’s contact with the virus, including closures of shopping malls and a ban on dining in at restaurants in Bangkok -- measures that will spur more Thais to to use e-commerce and food deliveries.

Kasikorn Research Center said on Wednesday that Thailand's meal and beverage delivery market was now set to grow 17%  in 2020, compared with a 10% increase expected before the spread of the new coronavirus.

Besides McDonald's, Omise has attracted a host of big-name clients in Thailand. One is King Power, the duty-free retail monopoly. Another is True Corp., the country's second-largest mobile carrier. Hospitality giant Minor International and insurer Allianz Ayudhya also use its system, which is only available for online payments -- not physical stores.

Omise earns money through commissions on each transaction. In Thailand, it takes a basic cut of 3.65% from merchants, but there are no setup charges, monthly fees or minimum commitments. Online merchants that ring up larger transaction volumes are eligible for lower commissions. "Omise's payment business is now at the hypergrowth stage," said founder Jun Hasegawa. The unlisted company does not disclose its earnings, but hypergrowth is startup lingo for annual revenue increases of over 40%.

For Hasegawa, who was born in 1981 to a family of entrepreneurs, it was natural to start his own business. But that does not mean it was easy.

His father owned an ad agency, while his mother ran a trading company. The young Hasegawa started playing around with computers in elementary school, and went on to earn money designing websites in the U.S. and running a profitable blog in Japan.

In 2008, he started his first company, a "life log" service called LIFEmee that let users record their daily activities "from the cradle to the grave" and share them with others. It was basically Facebook's timeline feature -- before Facebook had a timeline feature.

In 2009, LIFEmee appeared at the TechCrunch50 competition, albeit as a presenter in the "Demo Pit" for runners-up rather than a finalist. But when Hasegawa was approached by a prospective buyer, he asked for what he now admits was more than a fair price.

The next year, a heartbroken Hasegawa moved to Bangkok and caught up with an old Thai friend named Ezra Don Harinsut, who had worked for his mother's trading company in Japan for four years. The two discussed the future of the fast-growing e-commerce market in Thailand. 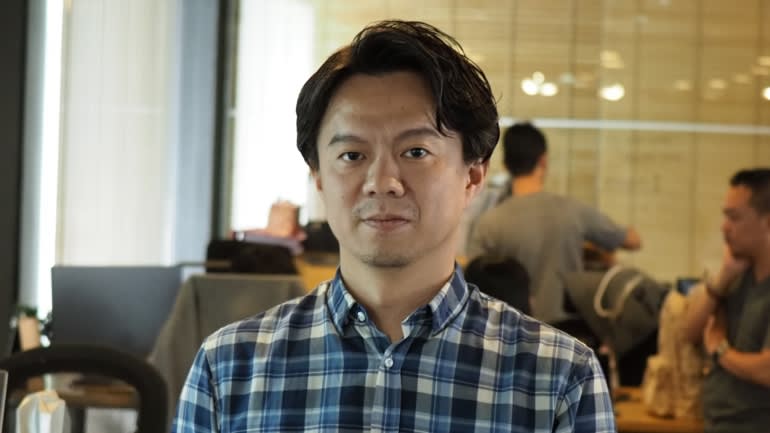 As the name suggests, they originally envisioned their own e-commerce platform. Setting this up required a simple-to-use payment system -- something no existing payment provider in Thailand offered. So the partners decided to create their own.

Hasegawa found himself developing the technology and marketing it at the same time. The pressure took a toll on his health: While on a promotional tour in the U.S., he was hospitalized. The $10,000 medical bill hit his already tight finances.

"We were falling so short of money that I had to sell off my collections of dozens of watches and shoes," Hasegawa said. But salvation was just around the corner.

"If you focus right away in payment solution services, we will fund you with seed money in a few weeks," Willson Cuaca and Batara Eto from East Ventures told the founders in July 2014. The venture capital firm invests extensively in Asian startups.

It took one deep discussion over beers for Hasegawa, Don and their team of five to decide to break from the original vision of an online marketplace. They started working on a payment system prototype alone, and were soon armed with $300,000 in seed funding from East Ventures.

When a closed beta test two months later attracted 600 companies, it was clear they had made the right decision. Omise racked up $2.6 million in Series A funding from four venture capitals and launched its payment gateway in Thailand in 2015. The business snowballed from there -- both in terms of its clientele, which expanded from small and mid-size enterprises to large corporations, and its fundraising. In 2016, Omise received an investment from Thailand's largest conglomerate, Charoen Pokphand Group, through its telecommunications unit True. This paved the way for the startup to do business with CP companies.

Omise dominates in Thailand thanks to its extensive relationships, but other markets pose more of a challenge. PayPal, the world's biggest payment gateway service, and other rivals are ahead in Singapore and Japan. In Indonesia, where it has also expanded, local player Doku reigns supreme.

As his company fights these battles, Hasegawa is zeroing in on what he hopes will be a not-so-secret weapon: blockchains.

A blockchain is a digital ledger, where blocks of information are chained together. The system is considered virtually tamper-proof, and is used to manage cryptocurrencies like bitcoin.

Hasegawa says he has long been fascinated by the idea of a decentralized financial network for safe, transparent, fast and cheap transfers of digital assets between individuals.

That fascination was partly out of necessity. One of the most difficult challenges in creating Omise's payment gateway was to find a bank that would back up the transactions. Every time the company entered a new market, it needed to find such a bank.

Although Hasegawa succeeded at building ties with financial institutions, he was convinced there had to be a better way. "I wanted to create a value-exchange platform that does not rely on conventional financial network," he said. 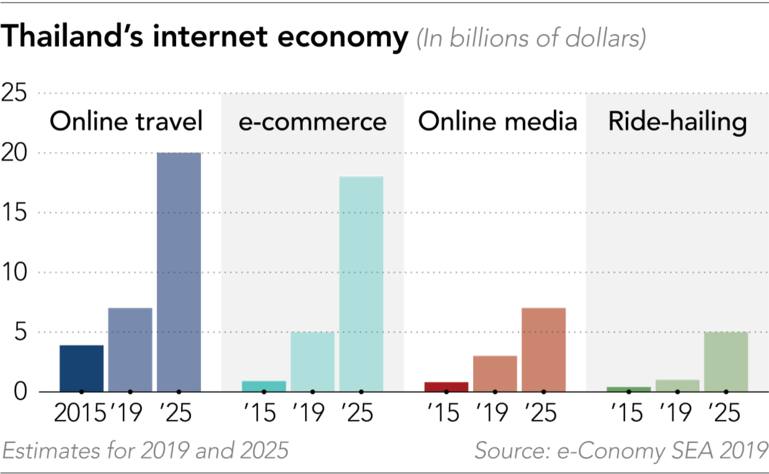 In 2015, Omise became one of the first supporters of Ethereum, an open-source blockchain platform. The startup joined much bigger companies like Microsoft and Chinese auto parts manufacturer Wanxiang Group in funding the Ethereum Foundation, which promotes the technology, by chipping in $100,000.

Hasegawa also maintained an in-house blockchain research operation, which he upgraded into a new business in 2017. He called it OmiseGO.

"The name came from the game of Go," Hasegawa said.

The board game was a favorite pastime of aristocrats and warlords in Asia for over 2,500 years. It is deceptively simple: Two players take turns placing black or white stones to surround as much territory as possible. It is not unlike the war Hasegawa had been waging with Omise, attempting to win as much e-commerce turf as possible.

The name also happens to have a built-in joke. "I wanted the cryptocurrency's abbreviation to be OMG" -- the internet's short form for "oh my god."

To raise money for the blockchain business, the company issued its own cryptocurrency in 2017 called OmiseGO coin. The "initial coin offering," as these maneuvers are known in the crypto world, ended up securing $25 million for the spinoff. With e-commerce expected to expand in Southeast Asian countries, business opportunities for related services including logistics and digital payments are also believed to expand.   © Reuters

One of Hasegawa's ultimate goals is to break down barriers that prevent the free flow of digital currency.

Today, for example, a host of e-wallet services are fighting for customers, from China's Alipay to Japan's LINEPay. Money stored in one wallet cannot be transferred to another.

The Ethereum-based OmiseGO would make this possible, if service providers connect their systems to the network.

There are some roadblocks. One issue with Ethereum is "scalability." The platform can only handle 15 transactions per second, whereas large credit card companies process thousands in the same time. To get around this, OmiseGO is working on a transaction acceleration technology called plasma, which it says will zoom past the credit cards.

Another challenge is uncertainty over regulation.

Service providers that deal in digital assets have expressed interest in OmiseGO but are reluctant to jump in until they know how the crypto industry will be regulated and taxed. The rules might not only affect Omise itself, as a platform provider, but would likely affect its clients.

Omise used to run a centralized exchange service called GO.Exchange, where one type of digital asset could be converted to another. But the company decided to close the service in January. Regulatory complexities and uncertainties around cryptocurrencies came into play in making the decision.

Hasegawa travels the world to attend blockchain conferences, partly to promote his service but mostly to lobby on behalf of the technology.

"Regulations are necessary to protect consumers," he said. "But I have been warning lawmakers and regulators not to build traffic lights where there is no severe traffic," suggesting that overregulation could choke the promising industry.

"Most of our revenue and profit come from our payment solutions business," Hasegawa said. "But already, a considerable amount of our yearly investment goes to the blockchain operation. The bet shows how much we believe in the technology and the business."