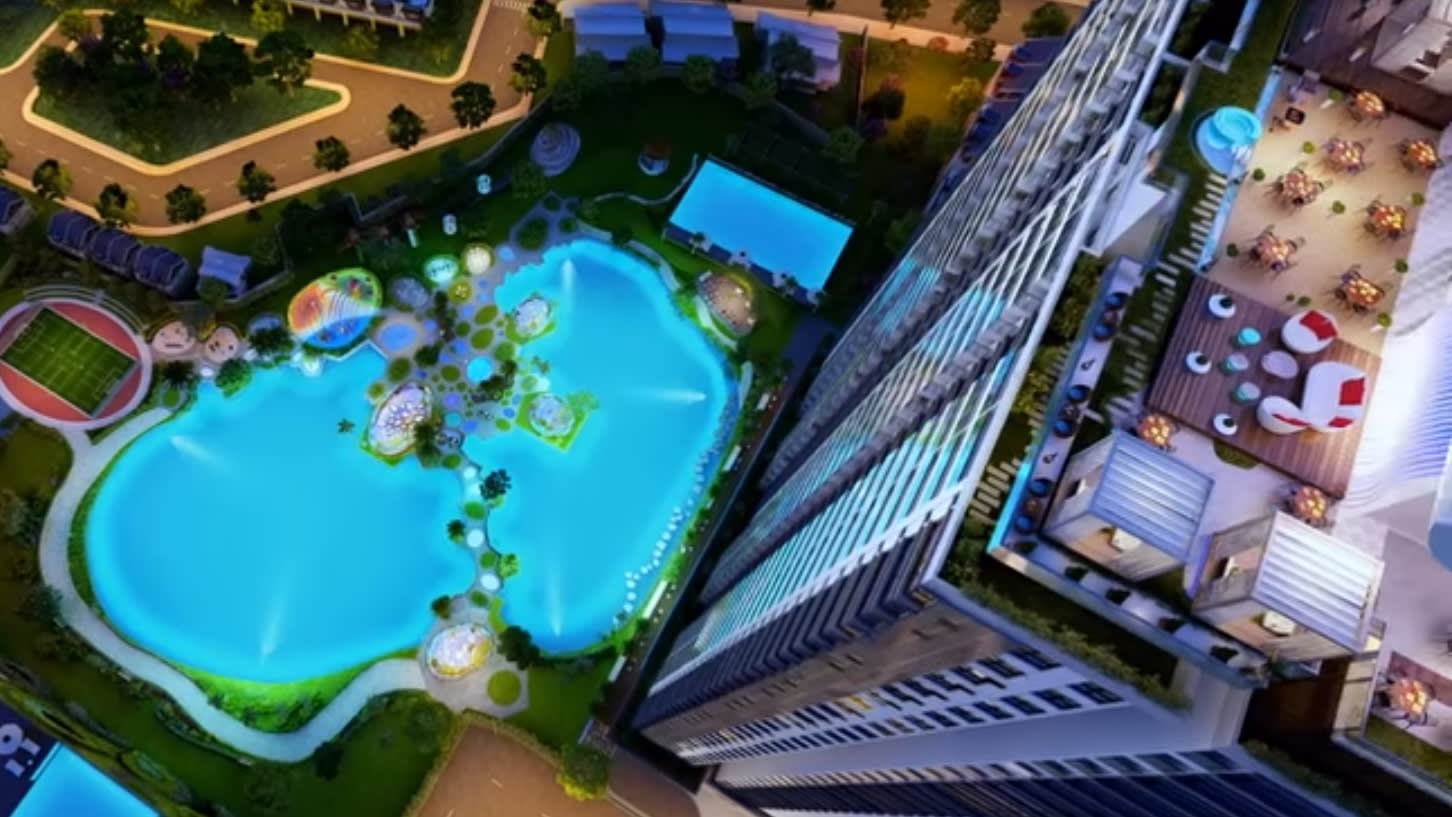 An Gia weighs listing but signs of market overheating are building

Nearly two decades later, as he prepares to take his company public, Sang believes he has nearly mastered it.

In a growing property market dominated by competitors that have their roots in state-owned enterprises, An Gia Investment is Vietnam's first purely private company to provide mid-end housing.

As many middle-class Vietnamese strive to own homes that reflect their personal preferences and tastes, the 37-year-old Sang has tapped into this group's desire for affordable, yet stylish homes by placing his condos near -- but not in the center of -- upmarket districts to avoid high property costs.

After graduating from the Ho Chi Minh City College of Economics in 2001, Sang joined property sales company Nha Dat Do Thi Moi as a sales representative, guiding Vietnam's thriving middle class through condo showrooms and display homes. Several years later, he briefly worked at another company as a sales manager.

Understanding what clients wanted, and seeing what was missing, by 2008 Sang was ready to fill the gap. With about $100,000 that he had saved from by buying and selling real estate for himself, Sang put his accumulated knowledge to work and acquired An Gia Investment, now one of Vietnam's fastest-growing suppliers of medium-priced condominiums.

"Of course there was uneasiness when I established my own company," Sang admitted, but he added that he was "confident" of his own leadership ability in being able to attract salespeople. And while he was aware that he did not have corporate manager experience, he felt that he could acquire the necessary skills if he made an effort.

Within 10 years, Sang's startup has soared to become one of Vietnam's five largest condo suppliers, with estimated revenue of 1.492 trillion dong ($64.3 million) for the year through December. That is up about 50% from a year earlier and 167 times greater than four years earlier. After-tax profit last year is estimated at 288 billion dong, up fivefold from the previous year. Sang's family has played an important role in his success. Sang, the youngest of four children, was born in central Vietnam in 1981. Although his family was not wealthy, his parents moved to Ho Chi Minh City in order to give their children a better education.

Sang's family owns 72.2% of An Gia, while Japanese real estate company Creed Group has a 22.8% stake. An employee stock ownership plan holds the remaining 5%. The company, with assets totaling 2.451 trillion dong, has 120 employees. Sang told Nikkei that he hopes to list his company within one to three years. And by establishing a system for stable fundraising, he said, An Gia anticipates launching property development projects in Hanoi and elsehwere in Southeast Asia within five years.

An Gia has begun to receive inquiries about investment in his company, Sang said, and he is holding talks with a major European investment fund and a large Asian manufacturing company on possible future investments through third-party allocation of new shares.

Critical to Sang's success has been his ability to offer the kind of sophisticated designs that appeal to increasingly affluent buyers, and equipping his apartments with more upscale fittings. Smaller details, such as bedroom air conditioning systems that cool indirectly, and large windows have also appealed to buyers.

An Gia also borrowed some know-how from Creed Group. Since 2015, the two companies have engaged in several joint projects in Vietnam, in which the Japanese company provides full support for An Gia's layout and design of units.

When asked about the group’s motivations for selecting An Gia as a partner, Creed CEO Toshihiko Muneyoshi was quick to praise Sang. "He can tell you all about the big vision, but he is also a stickler for the finer details of the product."

A key driver for An Gia's business model is Vietnam's growing middle class, with gross domestic product rising to $2,343 per capita in 2017, up roughly threefold over the past decade. While it was once common for three or more families to share the same house, today more young couples are opting for the nuclear family model.

Condos priced up to five times a person's annual income are now considered affordable for most. Dual-income households in Ho Chi Minh City tend to bring in about 325 million dong annually, or roughly $14,000.

Condos supplied by An Gia typically are in the mid-range segment, which has dominated the market for years.

An Gia has won its part of the market by offering high quality condos for less than its competitors. It is doing so by choosing locations that are not in the center of trendy neighborhoods but adjacent to them.

Take, for example, Phu My Hung -- in District 7, the flashiest district in Ho Chi Minh City. Popular for businesses, it is also an elite residential area and home to several international schools.

Rather than building condo projects in the district, where land prices have soared and which has attracted Nomura Real Estate Development and other Japanese developers offering large-scale projects, An Gia has zeroed in on prime locations nearby. By doing so, An Gia has been able to offer its units for 2 billion to 3 billion dong ($86,000 to $129,000) each, up to 50% lower than in District 7. Do Thi Thu Hang, head of research and valuation at Savills Hanoi, said that the sales volume of the mid-end housing market in Ho Chi Minh City has been increasing steadily over the past five years.

That segment will continue to offer both residential and investment values with a reasonable price range and good locations, she said. "The positive performance of this sector will translate to further increases in both supply and demand."

The Vietnamese-Japanese approach to design and style has been a hit with Ho Chi Minh City's hipster crowd, and the condos have been used as backdrops by advertisers, further adding to their appeal.

"An Gia not only has good design, but [its residential units] are comfortable,'' said Do Manh Cuong, a top Vietnamese fashion designer. Dropping by an An Gia display home a few years ago, he was impressed enough to make a purchase, flipping it later for a handsome profit.

To understand how popular An Gia's condos have become, one needs only look at its recent sales figures.When 300 out of 430 apartments from the "Sky 89" project -- under construction along the Saigon River -- were put up for sale in August, they sold out within two hours.

However, one concern for An Gia is that Vietnam's property market is also showing signs of overheating, with land prices in prime locations doubling every two years. "It's a bubble if you want to say so," said Muneyoshi.

Still, for Muneyoshi, who lived through the bursting of Japan's economic bubble in the early 1990s, as well as the 2008 global financial crisis, a favorable demographic situation with a median age of 30.5 years should put a floor under prices. "Even if the market in Vietnam drops, it won't be a free fall but an adjustment,'' he said.

In contrast to advanced markets, where companies need to provide the bulk of initial costs, property developers in Vietnam typically sell around 70% of the unit to each buyer before construction of a new project is completed. In addition, land prices are comparatively low, meaning An Gia faces a smaller financing burden than, for example, Creed Group would in Japan.

Another strength has been An Gia's focus on training and attractive rewards for salespeople.

Buyers sign before a building is constructed, so a successful sale depends not just on a great showroom but an inspired salesman who can conjure the allure of the future home from thin air to attract reluctant customers.

An Gia outsources condo sales to multiple companies and gathers hundreds of salespeople for a briefing one to two months before the release of a condo, issuing branded polo shirts to help instill a team spirit.

Sang usually briefs the sales staff himself to ensure they have deep and extensive knowledge about the condos' strongest selling points, and why they believe they are superior to those offered by competitors.

"The competition is, indeed, fierce and will continue to be," said Do Thi Thu Hang of Savills Hanoi. "When supply is abundant, it is not about location or reputation of the developer anymore. Buyers will compare developments on the price and facility basis," she said. "It's hardly a market for inexperienced developers, as it takes many factors to survive." An Gia pays higher commissions -- up to 1.5% to agents and 3.5% to sales companies -- than those paid by other real estate companies when a condo is sold. That means for a unit priced at 2 billion dong, a salesperson can receive 30 million dong, or about $1,290, around three times the typical monthly salary for most property sales agents. Other developers usually offer incentives of 1%, according to people familiar with the industry. Many of them also obscure the date of payments.

Hien Nguyen, a 31-year-old employee of sales company Nam Hung Land, explains the appeal of working for Sang's startup. "As An Gia gives us detailed accounts for sales incentives, such as the amount and date of payment, we can work with a sense of security," she said.