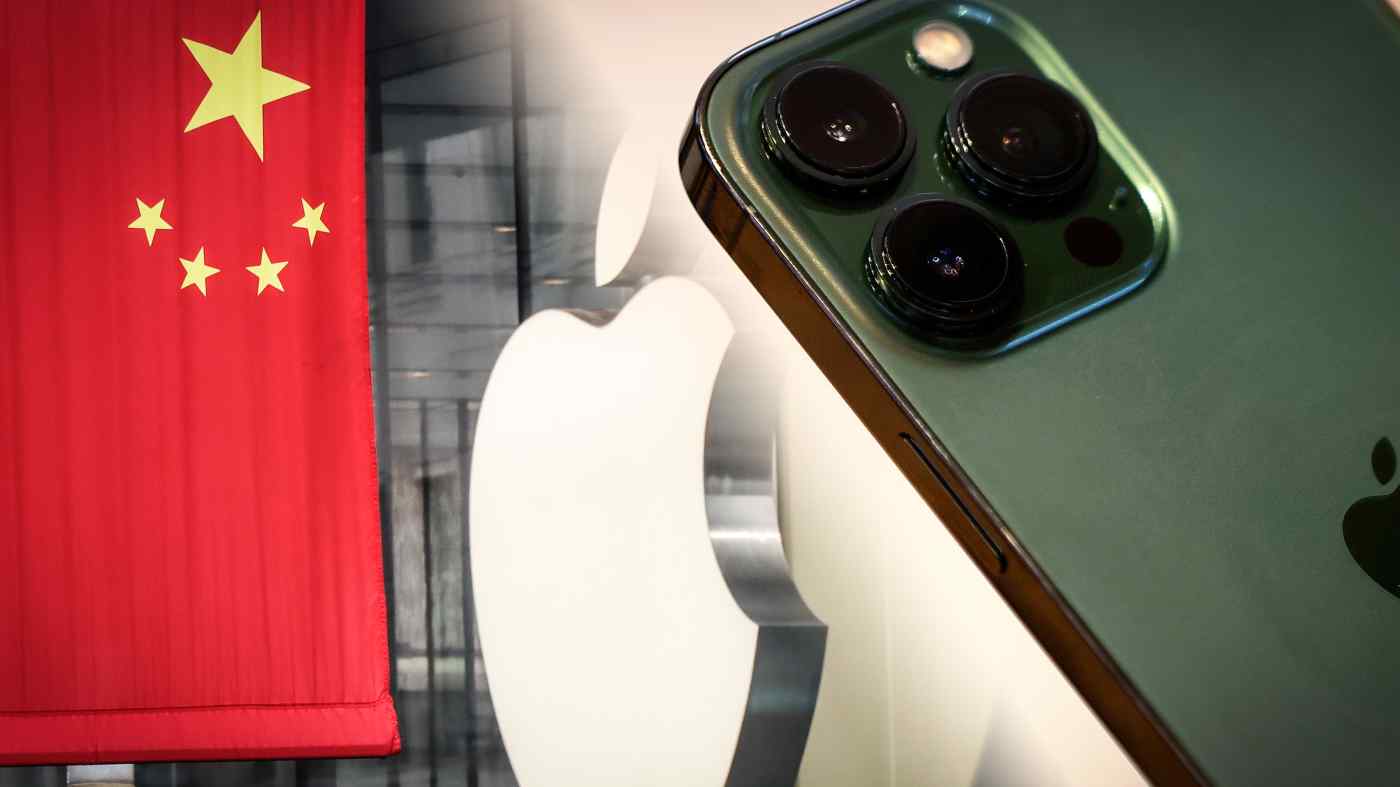 TAIPEI -- Development of at least one of Apple's new flagship iPhones for this year has fallen behind schedule due to disruptions from the monthlong COVID lockdowns in China, Nikkei Asia has learned.

Apple has told suppliers to speed up product development efforts to make up for the lost time, which in the worst-case scenario could impact the manufacturing schedule and initial production volumes of the new phones, multiple sources with direct knowledge of the matter said.

Lockdowns in and around Shanghai began in late March as part of China's strict zero-COVID policy, and the impact on supply chains continues to linger despite an easing of restrictions.

"It is challenging to make up for the lost time. ... Apple and its suppliers are working around the clock to speed up development," said an executive with an Apple supplier, adding that the pace of reopening in Shanghai is "rather slow."

Apple has already warned that the lockdowns in China have disrupted the production of current models and could impact its revenue by up to $8 billion this quarter.

The company is preparing four new iPhone models for this year, tentatively known as the iPhone 14, 14 Pro, 14 Max and 14 Pro Max. The iPhone 14 and Pro models will come with 6.1-inch screens, while the Max and Pro Max models will be equipped with 6.7 in-inch screens. Nikkei Asia reported last July that Apple would discontinue the 5.4-inch iPhone mini line this year.

Key iPhone assemblers Foxconn and Pegatron are responsible for a process known as new product introduction, or NPI. During this process, Apple and its suppliers sketch out the manufacturing process to turn its latest designs into actual products for mass production. NPI is followed by a series of verification processes carried out on a tight schedule to meet Apple's desired timing for mass production, from around the end of August each year.

China's Luxshare Precision Industry, although it is not responsible for the NPI of new iPhones, has secured some orders to build two of the four models this year, Nikkei Asia has learned.

Pegatron's iPhone assembly plants in Shanghai and Kunshan -- the major hub for the company's Apple-related business -- had to go on hiatus for weeks due to the COVID lockdowns. Its Shanghai plant was granted permission to resume operations under closed-loop management on May 16.

Apple had hoped that development of the new iPhones would proceed smoothly this year, given that the COVID situation in China appeared under control and suppliers were used to operating amid strict coronavirus prevention measures.

The sudden imposition of strict containment measures following a smattering of confirmed cases in the country, followed by monthlong lockdowns in Apple's most important electronics clusters, caught the tech giant off guard, the people said.

Currently, the four new phones are in the engineering verification test, or EVT, stage of development, sources briefed on the matter said. In this stage, suppliers design the mechanical parts and manufacturing flow for the new iPhones and draw up bills of materials (BOM) to calculate the manufacturing costs. However, one of the models is about three weeks behind the usual schedule due to the lockdowns in Shanghai. China's largest city on May 17 finally announced it had reached "zero COVID" status. It took Shanghai six weeks to get there.

Normally, all new iPhone models complete the EVT and move on to the verification stage by the end of June. This leaves time to get everything ready for mass production by the end of August or the first week of September.

"If the development process can be sped up and proceed to the next level around the end of June or beginning of July, then it should still be possible to meet the mass production deadline of early September," another person familiar with the matter said. "But it really depends on whether the process can accelerate soon."

Eddie Han, an analyst with Isaiah Research, told Nikkei Asia that lingering restrictions present a hurdle for getting development back on track.

"The resumption of production is not progressing well because there are still a lot of restrictions in terms of living and travel in the greater Shanghai area, even if these production sites can operate in a closed-loop," Han said. "Currently, we don't think the delay would immediately affect the schedule for the product launch, but we need to monitor closely whether there are some hidden and longer-term impacts."

"The operation of the entire supply chain in China has not yet returned to normal despite the openings of Shanghai and its neighboring regions," Chiu said. It is understandable that this would "not only affect the production but also new product development. It would take at least one to two more months for the supply chain to recover."