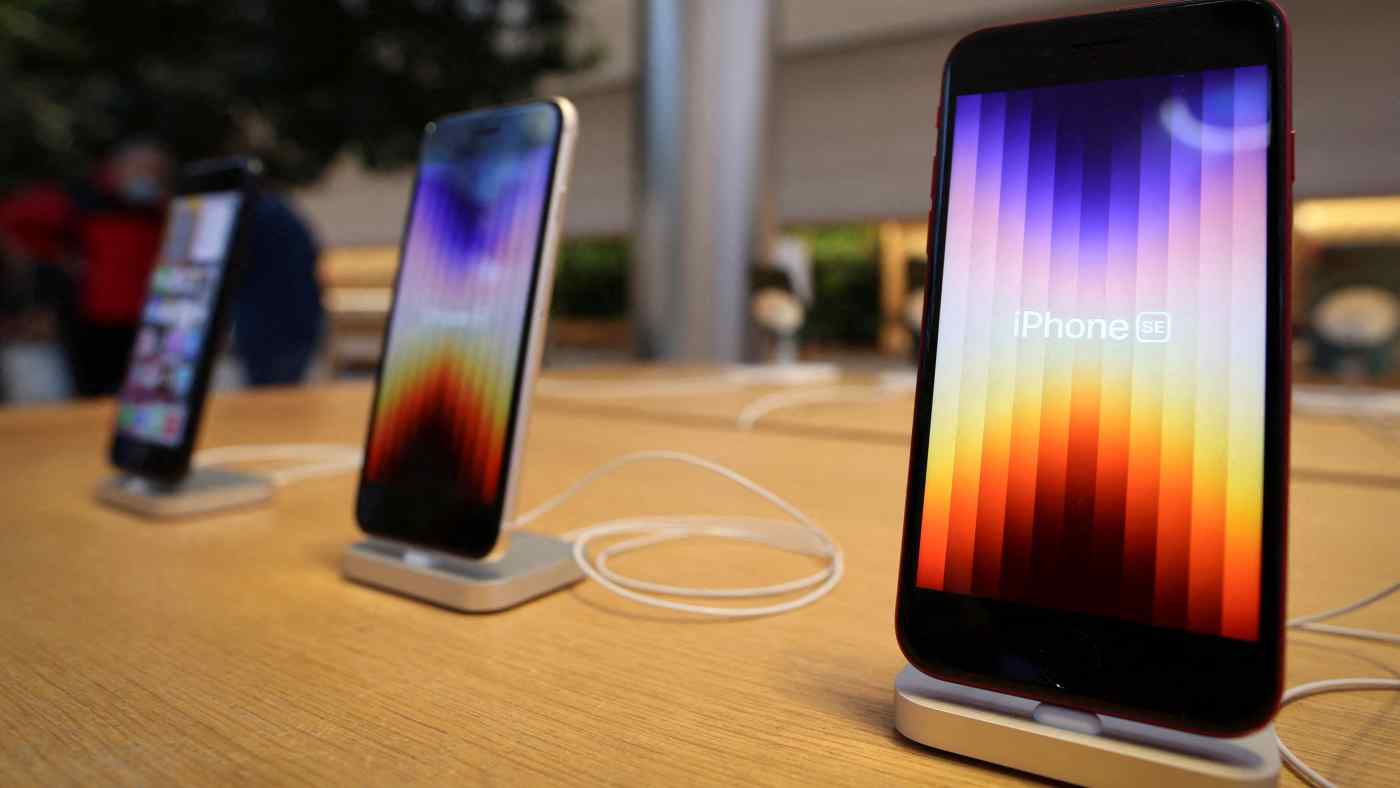 TAIPEI -- Apple plans to make about 20% fewer iPhone SEs next quarter than originally planned, in one of the first signs that the Ukraine war and looming inflation have started to dent consumer electronics demand, sources briefed on the matter told Nikkei Asia.

Apple launched the iPhone SE as its first 5G-capable budget phone less than three weeks ago but is now telling multiple suppliers that it aims to lower production orders by about 2 million to 3 million units for the quarter, citing weaker-than-expected demand, four people told Nikkei Asia. The U.S. tech giant also reduced orders for its AirPods earphones by more than 10 million units for all of 2022, as the company predicted lukewarm demand and wanted to reduce the level of inventories.