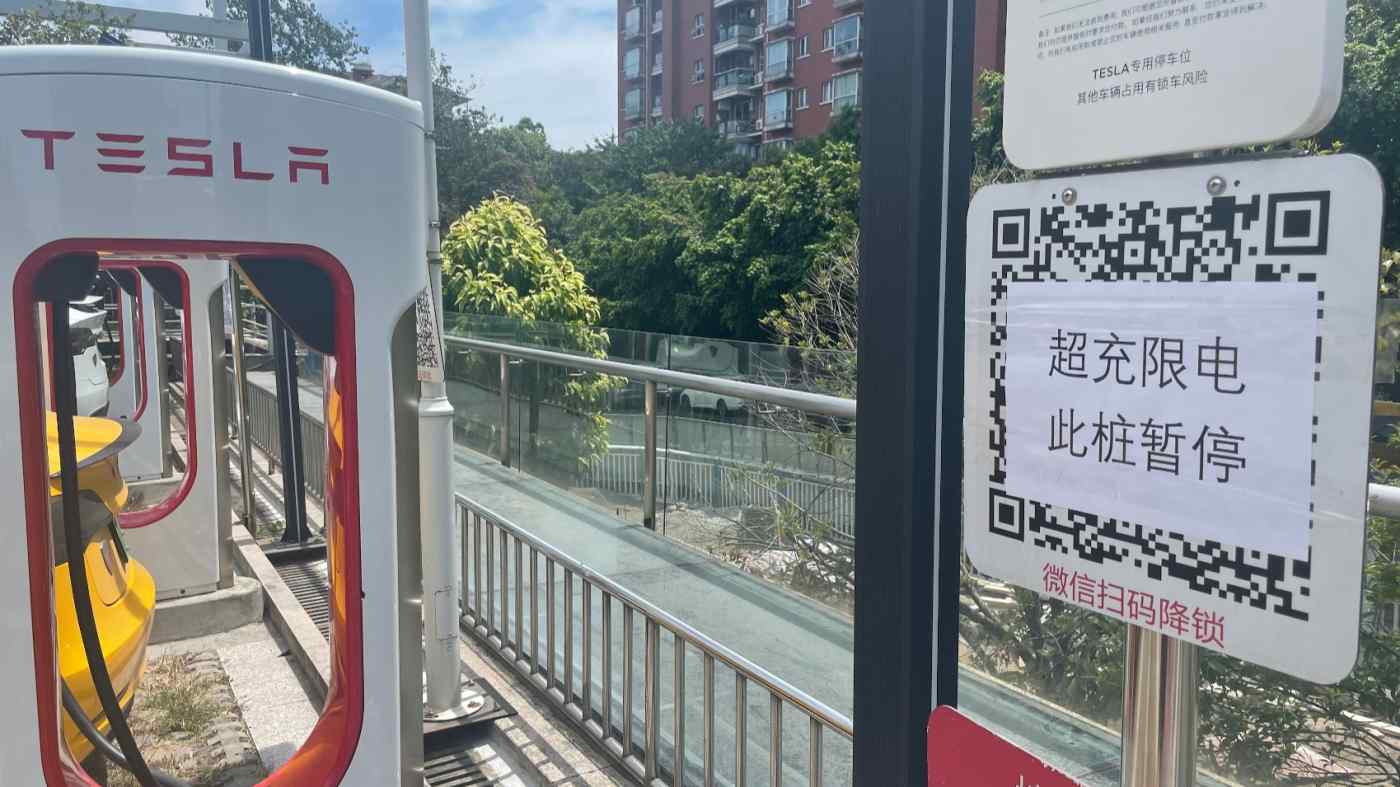 Some Tesla charging stations in Sichuan and the nearby city of Chongqing are not operating, and users are complaining. (Photo by Shunsuke Tabeta)
SHUNSUKE TABETA, Nikkei staff writerAugust 22, 2022 01:28 JST | China
CopyCopied

Sichuan is enduring rolling blackouts as electricity demand rises to cope with temperatures reaching 40 C. Rainfall has declined to about 50% of normal, reducing output of the hydroelectric power that accounts for nearly 80% of the southwestern province's generating capacity.