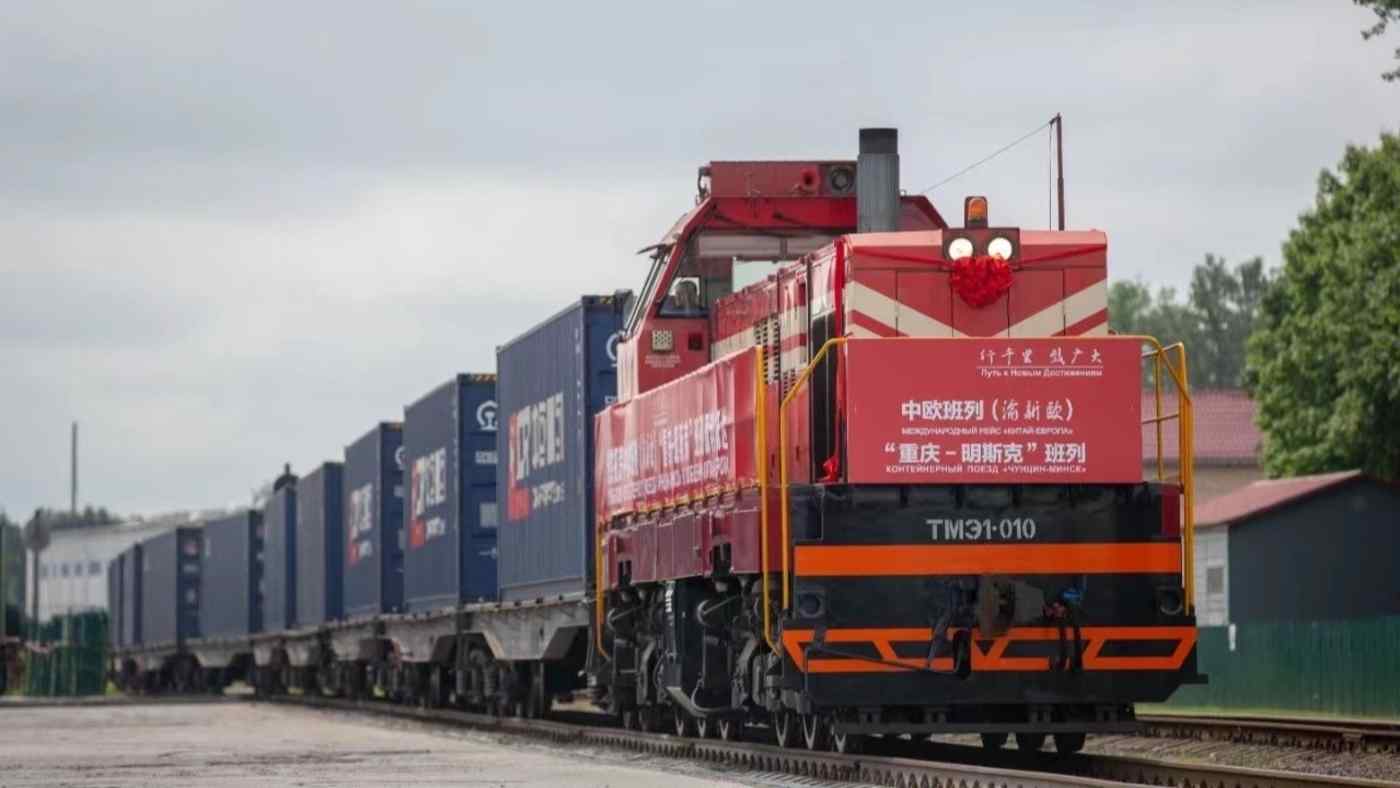 As the conflict in Ukraine rages, war insurance can give shippers some peace of mind as their freight travels via the China-Europe Railway Express.
SHUNSUKE TABETA, Nikkei staff writerMarch 28, 2022 03:44 JST | China
CopyCopied

CHONGQING -- Aiming to soften the blow from the Ukraine war, Chinese operators are offering financial incentives to users of transcontinental freight trains connecting to Russia and Europe.

An operating company affiliated with Xi'an in March began covering war insurance payments for shippers transporting goods into and out of the Chinese city via the China-Europe Railway Express, or China Railway Express. This applies to all Russian and European destinations along the network.

War insurance is being taken out for freight going through Russia, Belarus and Poland -- all neighbors to Ukraine. The policies hedge against the increased risk of damage or detention from military operations.

Although war insurance is not mandatory, the idea is to encourage the use of the China-Europe express by mitigating costs and concerns among cargo owners.

Also this month, the China-Europe express operating company in Chengdu has started to cover war and other insurance for shipping clients. This applies to routes going through Russia, Belarus, Poland and elsewhere.

All post-departure costs that the client is not responsible for are covered. Costs are shouldered if a train is turned back because of sanctions.

An operating company under the city of Chongqing has begun considering war insurance payments as well. Xi'an, Chengdu and Chongqing handle more than half of the cargo on the China-Europe express.

Freight from Shanghai to Russia along the express has increased by roughly 20% since the start of the Ukraine war, according to Shanghai media affiliated with the ruling Communist Party. This comes as top container shipper A.P. Moller-Maersk has avoided docking at Russian ports.

Use of the China-Europe express as an alternative route is said to be on the rise. But overall freight from Shanghai along the rail line has dropped 40% or so since the start of the war.

International shippers, such as Germany's DHL, appear to have shied away from using the Eurasian express routes to Europe that transit through Russia. German automakers and auto suppliers are believed to be avoiding shipping through Russia for fear of cargo being seized.

With the diminished demand from Europe, the Shanghai operating company is cutting freight rates by about 20% to drum up business.

The China-Europe express forms the central part of Chinese President Xi Jinping's Belt and Road initiative to expand the Asian power's economic sphere of influence. The line connects roughly 70 Chinese cities to 180 or so cities in 23 European countries.

There were about 15,000 China Railway Express trips in 2021. Routes connecting China and Russia accounted for the largest share, at nearly 7,000.

About 80% of cargo sent from China to Russia and Europe is personal computers and other electronics, along with machinery and auto parts. Cargo arriving in China is said to be mainly Russian timber and European automotive parts.

"We want to avoid going through Russia because of the risk of trouble stemming from economic sanctions, so we're considering using sea and air routes between China and Europe," a logistics-industry source said.

China-Europe express service in Xi'an, Chengdu and Chongqing is reportedly operating normally. But service connecting China to Hungary through Ukraine was changed to bypass areas of intense fighting.

Regional Chinese governments are also lending support to local enterprises so that they can keep doing business with Russia. Authorities overseeing the city of Quanzhou are leveraging export insurance and yuan payment settlements toward this end. Similar initiatives are apparently being adopted elsewhere.