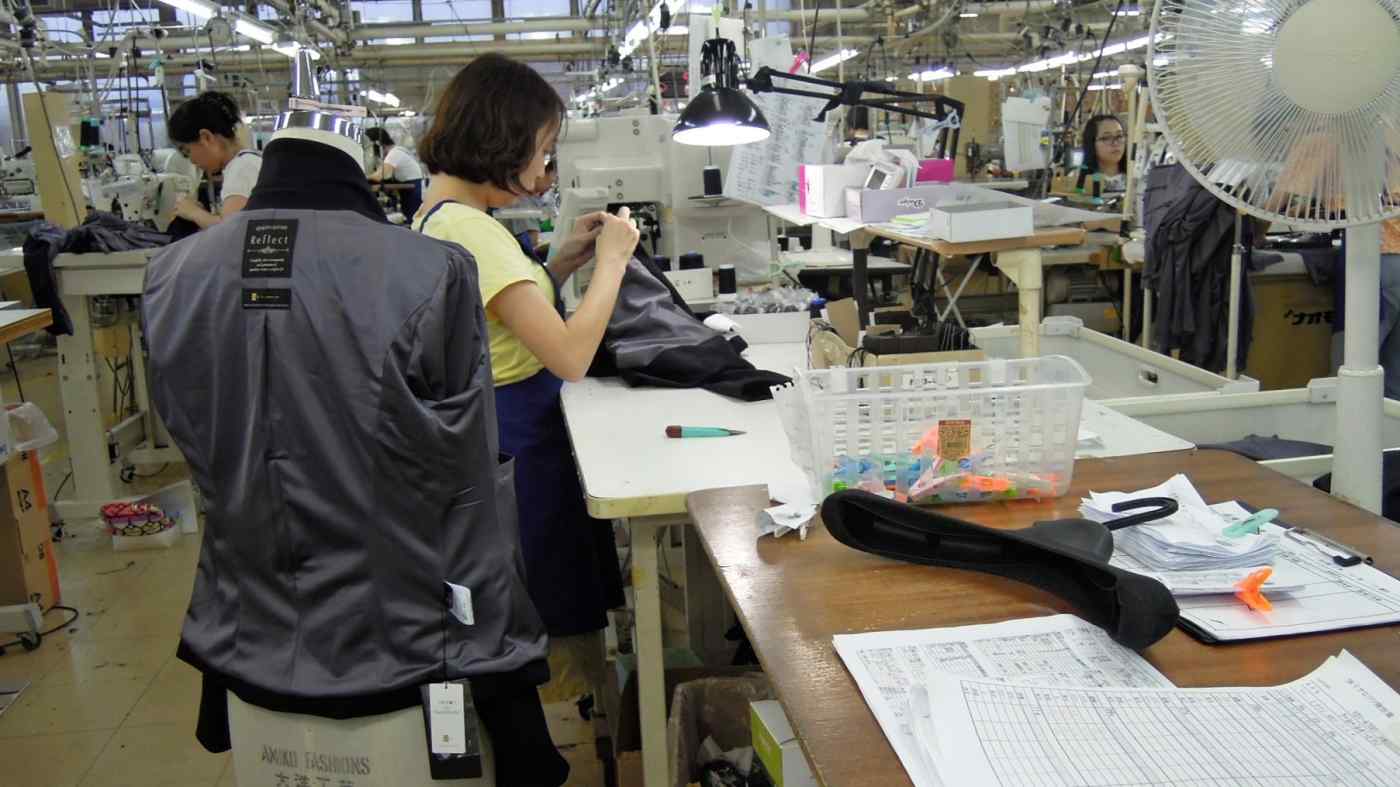 TOKYO -- Some of Japan's top apparel makers will shift more production capacity onshore because of pressures from a weaker yen, rising overseas labor costs and shipment troubles caused by the pandemic.

World Co., whose products sell at department stores and shopping centers, will locate most of its high-end clothing production in Japan within three to five years, up from the current level of roughly 40%, Nikkei has learned.

Moves like this show how the supply chain disruption caused by the coronavirus pandemic has given the apparel industry reason to rethink its production strategy, signaling a shift away from overseas hubs like China and Vietnam.

The company is relocating production mainly of jackets, dresses and knitwear from China and Vietnam to Japan in phases. Overall, World's domestic production share will climb above 30% from 20%.

World Co. is not alone in reshoring. TSI Holdings, which distributes Jill Stuart women's fashion and Ping golf wear brands in Japan, is considering expanding output at its domestic plants in Yamagata and Miyazaki prefectures. Automation would be used to make jackets, coats and blouses, among other products. 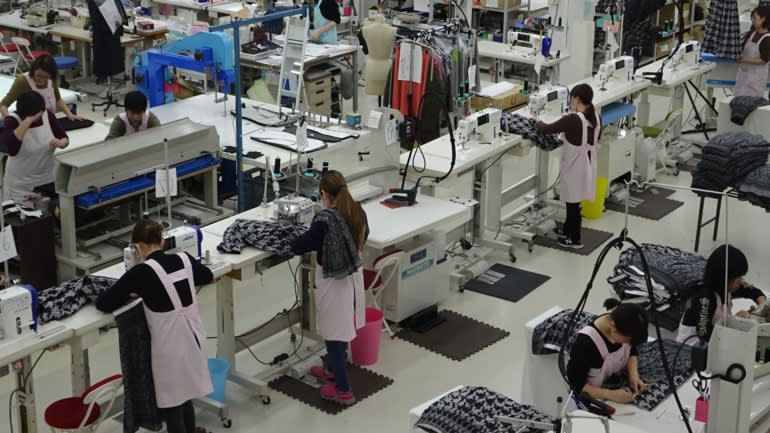 TSI will move more apparel production to Japanese sites like this one. (Photo courtesy of TSI)

The Tokyo company will run tests involving short delivery times and small batches. The goal is to lift the domestic share of production to 30%-50% eventually from the current ratio of about 10%, said TSI President Tsuyoshi Shimoji.

Manufacturing costs are higher in Japan compared with overseas locations. Yet the companies believe that the benefits, including shorter delivery times, can offset extra expenses by cutting waste and lost opportunities.

Japan's textile industry started moving production offshore in the 1970s. Now, 79% of apparel sold in Japan is produced overseas in terms of value, or 98% in terms of volume.

But some of the cost advantages of overseas production have waned. Monthly wages in China and Vietnam have roughly doubled since 2010, according to a study by the Japan External Trade Organization.

Apparel companies typically have an easier time relocating production than do automakers or other industrial companies because their equipment is smaller.

The concept of "nearshoring" production close to consumer markets is gaining ground in the industry.

According to a McKinsey & Co. survey of chief procurement officers at 38 global brands and retailers, 71% plan to increase their share of nearshoring.