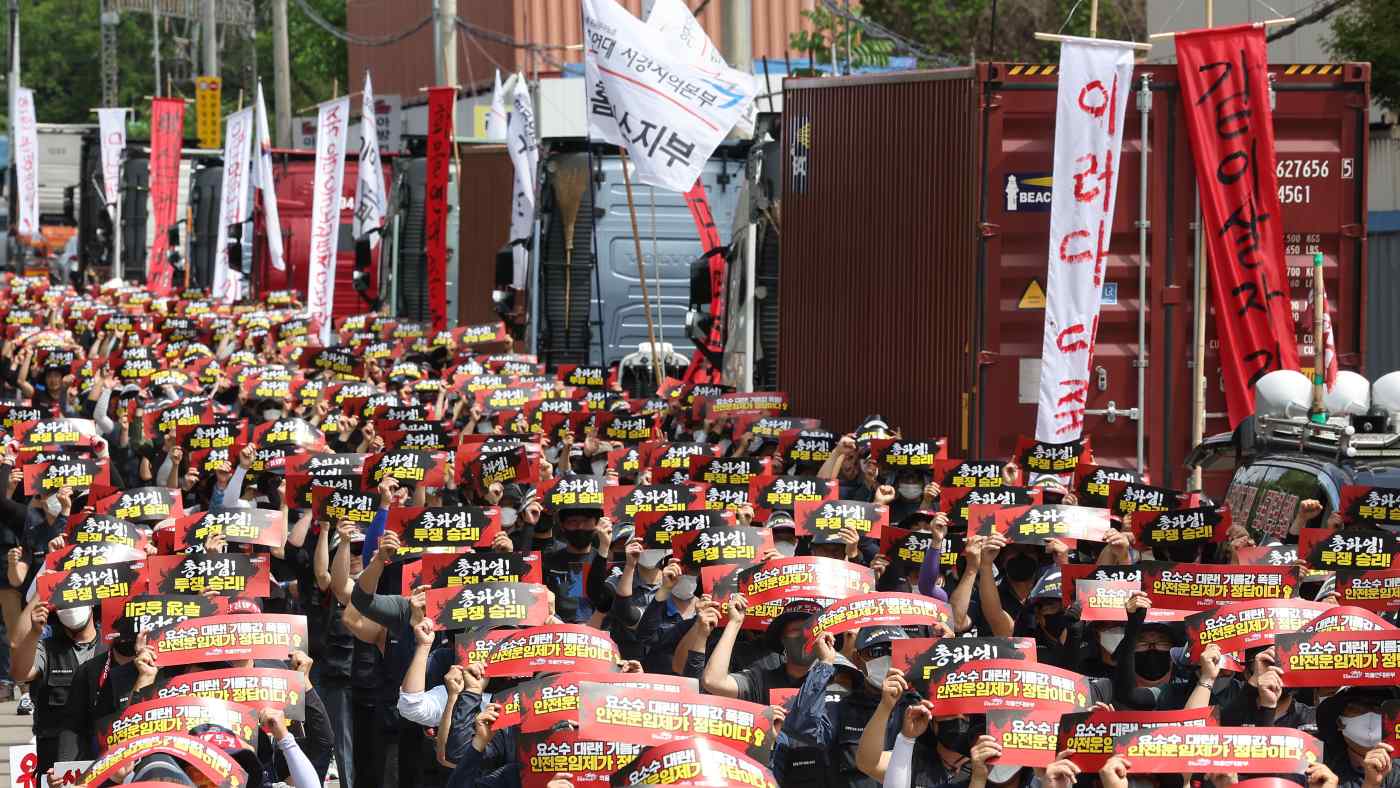 SEOUL -- Thousands of truck drivers in South Korea have entered their fourth day of a strike to protest rising fuel prices, a movement that has begun to disrupt production at large companies such as Hyundai Motor and steelmaker Posco.

According to the country's Ministry of Land, Infrastructure and Transport, some 7,800 people, mostly self-employed in the transportation industry, held a rally on Friday to demand that the government extend preferential treatment.