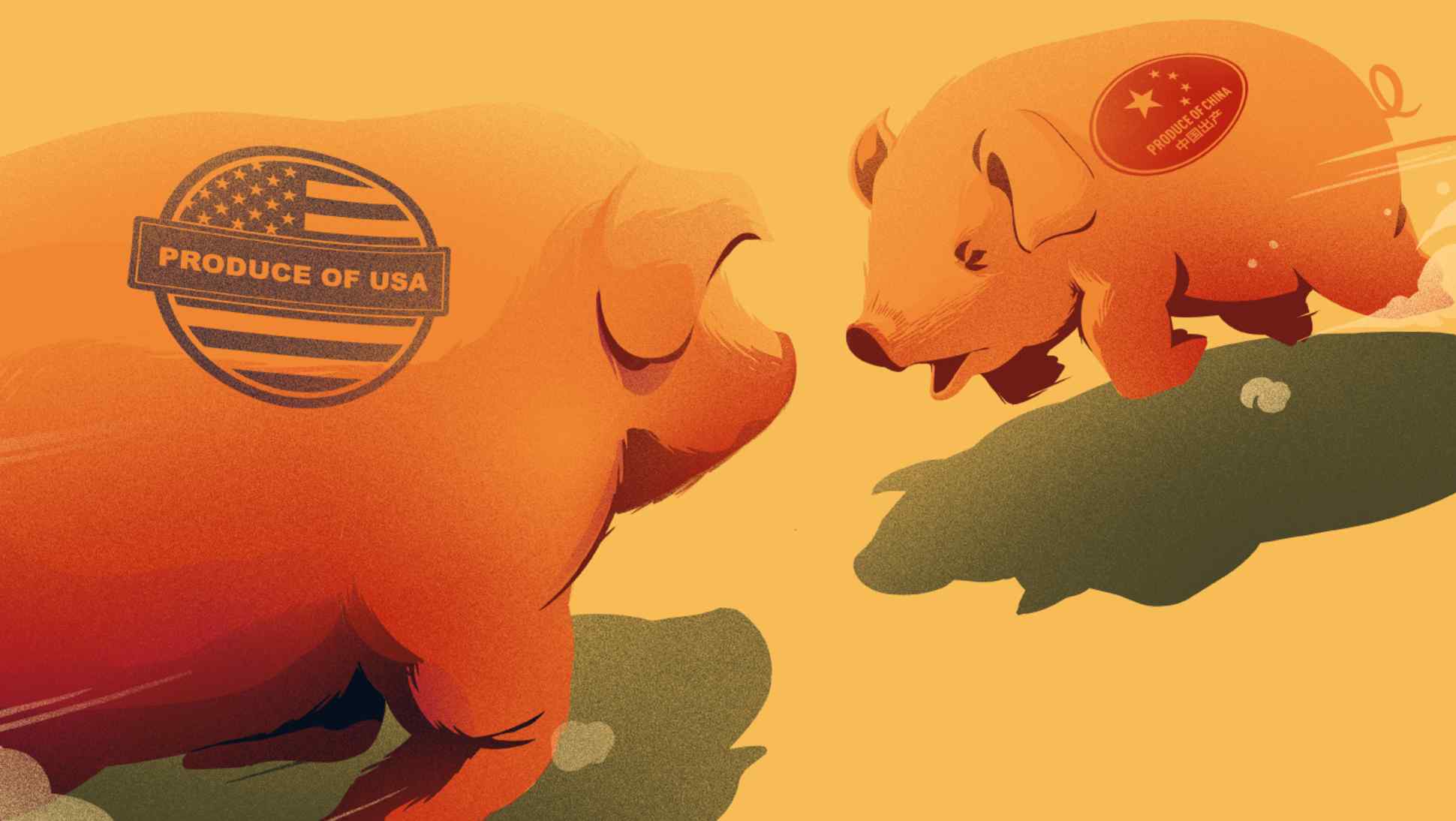 A jump in pork prices is revealing China's unexpected economic resilience -- and the exposed underbelly of American farming. (Illustration by Eric Chow)
The Big Story

A beef over pork: How farm goods give Beijing an edge in the trade war

SHANGHAI/HONG KONG/NEW YORK -- In a wet market in Shanghai's Hongqiao district on a recent Saturday morning, the meat stalls are doing a brisk trade. Poultry, beef and lamb are on offer, but the vast majority of vendors are selling pork. "Pork dishes are a must at home," said Cao, a cabdriver, out shopping for his family of three.

Pork is a staple of the Chinese diet. The country is, by some distance, the world's largest producer and consumer of the meat; per capita consumption has doubled since 1990, an emblem of the country's growing affluence. Rising household income and an increasingly large and industrialized domestic industry have put meat on the tables of hundreds of millions of Chinese consumers, who have become accustomed to available and affordable pork.