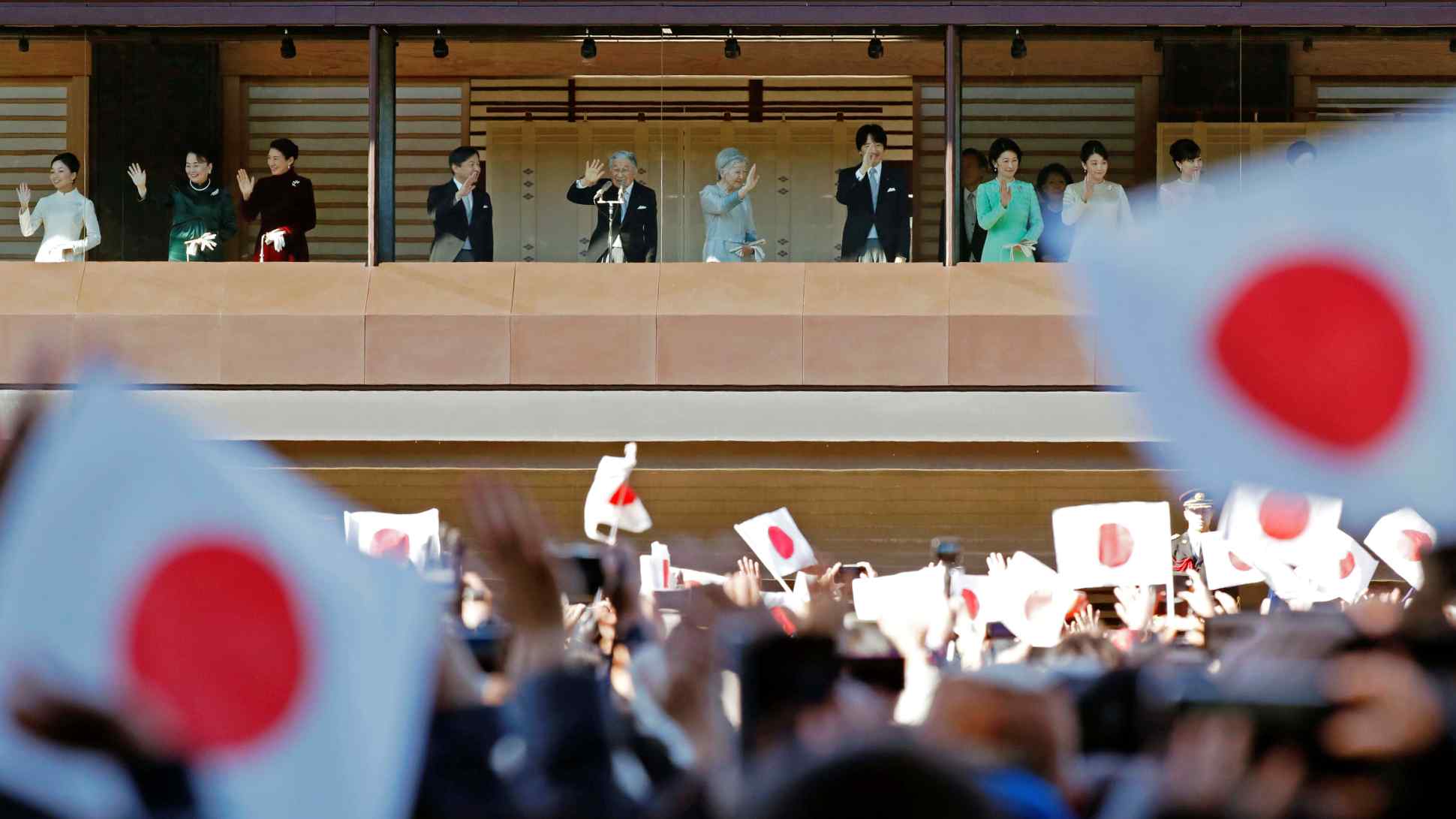 Emperor Akihito greets crowds at his last New Year's public appearance on Jan. 2. When succeeded by his son, Naruhito, on May 1, it will mark the beginning of a new imperial era for Japan.   © Reuters
The Big Story

After an Imperial age marked by stagnation, nation hopes for a "reset"

TOKYO -- The world remembers 1989 as a year of era-defining events. Pro-democracy rallies were crushed in China's Tiananmen Square that June, and the fall of the Berlin Wall in November heralded the end of the Cold War. But in Japan, 1989 is permanently imprinted on the national consciousness for another reason: It was the year that the Showa era ended.

Emperor Hirohito's death on Jan. 7, 1989 stopped the clock on the 64-year Showa era, a tumultuous period that included the Second World War and the postwar boom that followed. A new era, Heisei, began a day later when his son Akihito became Japan's 125th emperor.