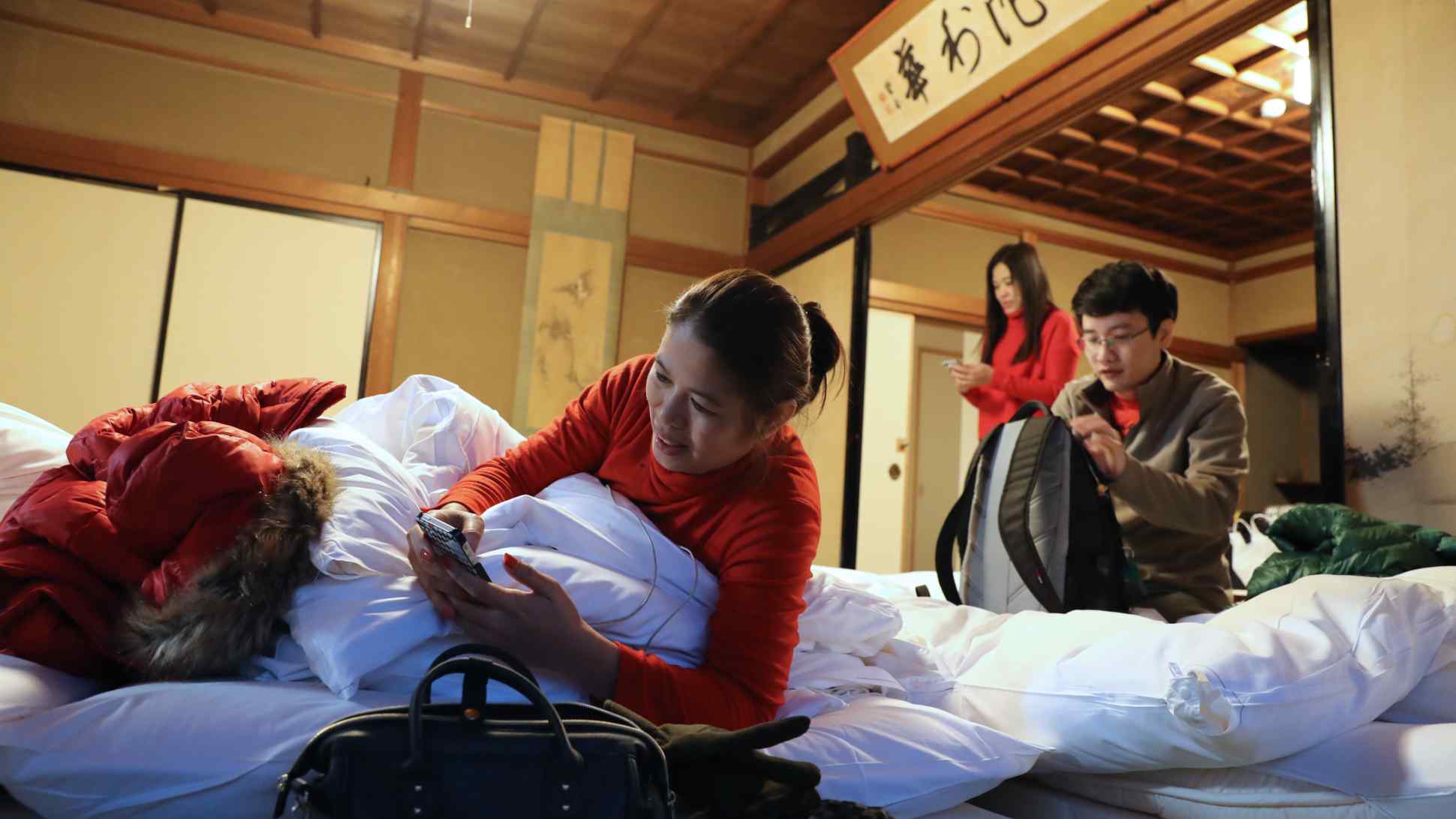 Home-sharing companies look to be staging a comeback, with room for non-hotel accommodation to grow in Japan's rural regions, say some experts. Above, Thai tourists experience a temple stay at Takayama Zenkoji in Gifu Prefecture. (Photo by Keiichiro Asahara)
The Big Story

Airbnb begins to recover in Japan, a year after crackdown

TOKYO -- Airbnb and other home-sharing services are recovering in Japan in the wake of strict regulations introduced almost a year ago, and some industry experts say there is more room to flourish, especially in rural areas.

The number of rooms currently registered with the JTA is still only about 20% of the 62,000 homes listed on Airbnb just before the new law hit the market. Airbnb was forced to remove nearly 80% of its listings because hosts had not registered with the local government; thousands of users saw their existing bookings canceled.

But new projections from Fuji Keizai Networks, a leading information provider, show the home-share market almost doubling by 2020 from 2018, suggesting a full recovery. Chris Lehane, global head of policy and public affairs for Airbnb, confirms its listings are on a recovery track and says the tone of its discussions with the government has changed. Last June, he says, the government was "pushing for us to respect legal structure," whereas now they are "talking about moving forward."

The strict rules were designed to protect Japan's hotel industry, says Takayuki Miyajima, a senior economist at Mizuho Research Institute. The regulations cap the time owners can rent out their homes to 180 days a year. The private lodgings are also subject to local regulations, which can vary from place to place. In the city of Kyoto, for example, hosts can operate only from mid-January to mid-March.

The Airbnb "shock" rattled travelers, most of whom were foreign tourists. According to data from the JTA, some 80% of guests at Airbnb and its rivals are from overseas.

Among them is Julien Stintzy, a 41-year-old tourist from France, who has stayed in an Airbnb on each of his three visits to Japan. But he is not sure he will use the service again. "I am surprised to see how many room choices were removed," he says, "and their prices have surged considerably."

Regulators hoped that the new rules would lay the foundation for formalizing the home-sharing industry -- and therefore bolster the supply of accommodation ahead of the Rugby World Cup and Summer Olympics. Since then, Japanese hotel construction has outpaced expectations, which means tourists may benefit from cheaper rooms.

"We even see some hotels ... cutting prices in the face of fierce competition," says Yoshitaka Igarashi, an associate director at the research arm of real-estate services and investment firm CBRE, which in early 2018 had warned of a shortfall of around 3,500 rooms in Tokyo in 2020. According to the JTA, more than 138,000 rooms were scheduled to come on line between 2018 and 2020.

Despite competition from an expanding Japanese hotel industry, experts say there is room for home-sharing services to grow -- especially in rural areas. Japan's countryside is experiencing depopulation and a subsequent increase in unoccupied houses, which means Airbnb and its rivals are unlikely to face strict local regulations or competition from hotels.

"It is difficult for rural areas to attract large hotels that require significant investment," Miyajima says. "But empty houses could be used for home-sharing."

For the Rugby World Cup, Airbnb has partnered with the city of Kamaishi in the northern Japan prefecture of Iwate and Oita Prefecture in the Southern Kyushu region, both of which are staging matches. Under relaxed rules, hosts will not have to register if they are renting out their homes at the request of local governments.

"The Rugby World Cup could be a good test of how rural areas can benefit from Airbnb's network effect," says Lehane, potentially proving "a steppingstone" in the company's expansion.