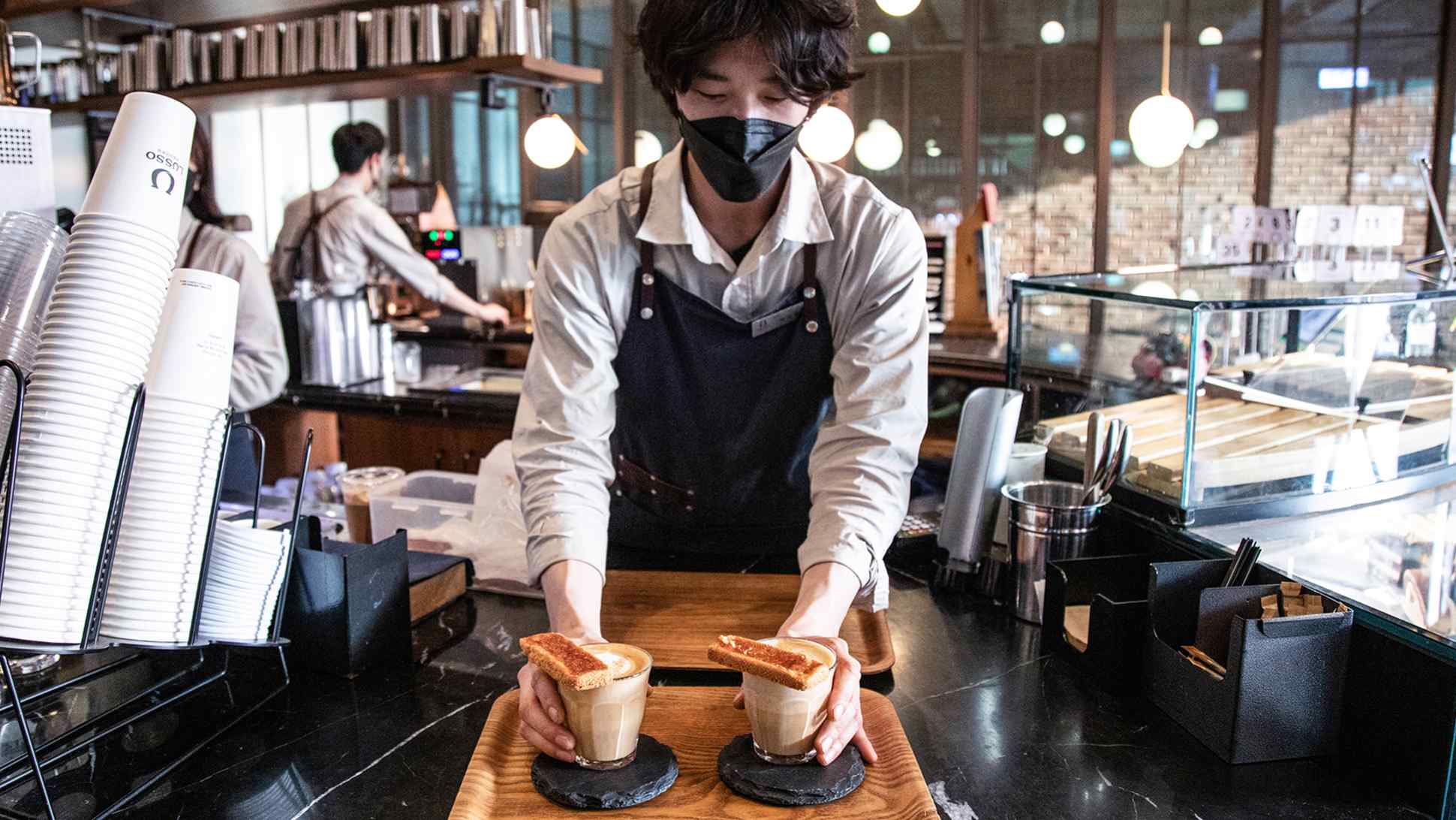 A barista serves coffee in one of Seoul's many trendy cafes, the demand for which is growing throughout Asia due to the emergence of a new breed of pandemic era coffee connoisseurs. (Photo by Jean Chung)
The Big Story

Asia's coffee revolution: From Indonesia to Vietnam, homegrown beans are back

TOKYO/SHANGHAI/JAKARTA/HO CHI MINH CITY/SEOUL -- Not a day goes by without a cup of coffee for Leo Hao, a native of Shanxi Province in China now working in Shanghai. The branding executive used to drink tea but switched to coffee in 2013 under the influence of his then-girlfriend, who is now his wife.

"I got hooked by the fact that coffee could be both cheap and tasty," recollected Hao, 32, who brews his own but also consumes coffee from the growing number of coffee outlets across China's cities.