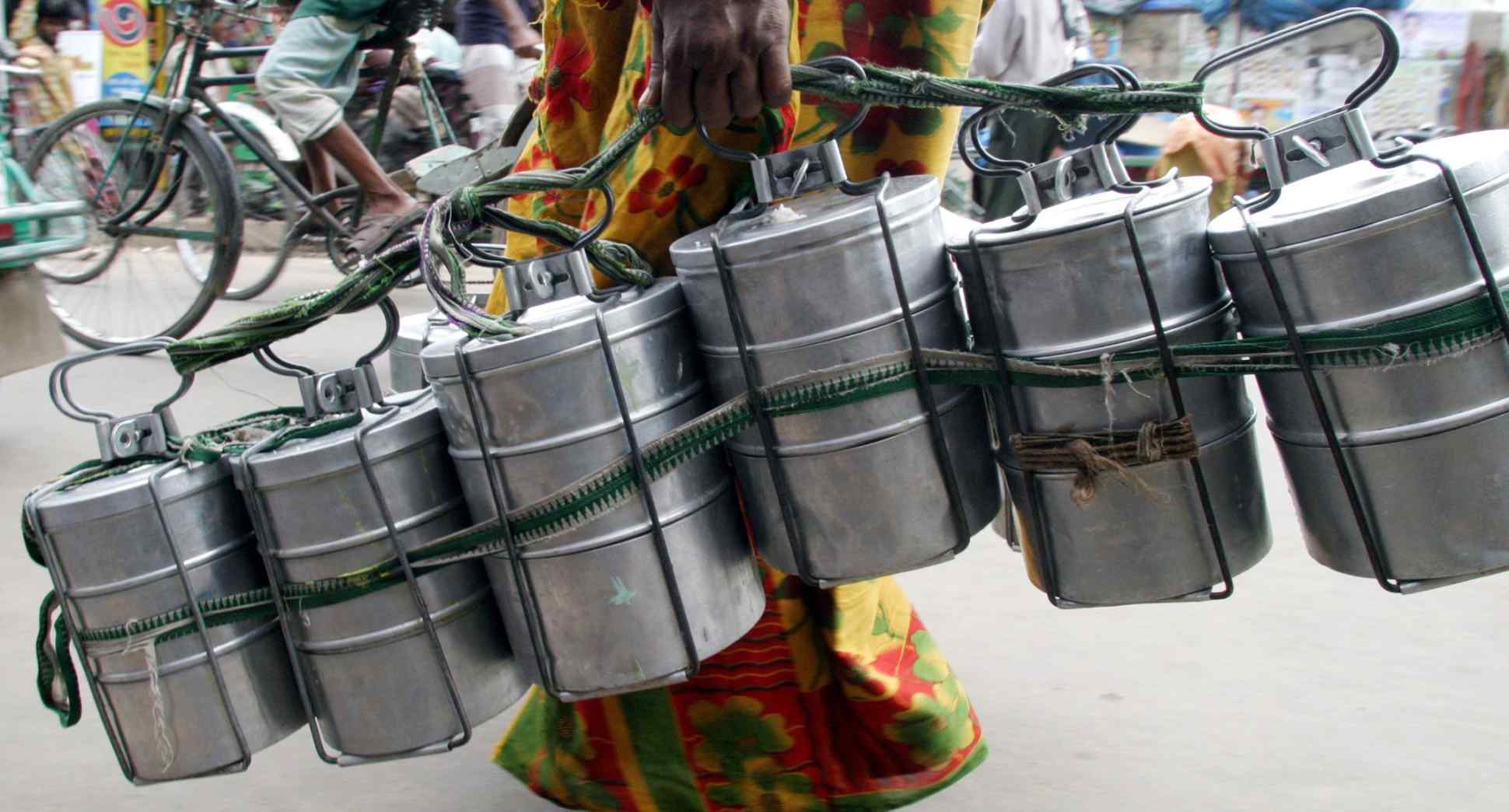 Metal tiffin carriers are still used to carry lunches across much of Asia, including India and Bangladesh.   © Reuters
The Big Story

BANGKOK -- The Chinese invented paper, gunpowder, noodles and, some claim, golf, but definitely not plastic. Plastic ranks as one of Asia's most useful Western imports, but it is now one of its most troubling. Some regional responses to its careless use involve new technology, while others tap into Asia's various cultures and crafts.

In northern Thailand, Phairoj Phatsorpinyosakul runs the small Rimping Supermarket chain around Chiang Mai. "We encourage customers to eschew the use of plastic bags, and we make a charitable donation of 0.5 baht each time they do," he told a local reporter. "Our plastic bags and containers for seafood and meat products are all 100% biodegradable."

In India, entrepreneurs are coming up with edible cutlery and "plastic" bags. In his Bangalore office, 25-year-old Ashwath Hegde eats bags made from tapioca and vegetable starches. The material can also be safely burned, and dissolves in hot water.

Big multinationals are also stepping up. KFC Singapore announced in June that it would no longer be providing straws as part of its No Straws Initiative. IKEA plans to phase out oil-based plastics from its 363 furniture stores and restaurants around the world by 2020. Many of the substitute products will be sourced from Asia. Reusable bamboo straws, meanwhile, are poised to sweep the market.

In Cambodia, a hospitality industry-based consortium launched the RefillNotLandfill campaign in 2015 to promote the use of metal water bottles bearing hotel and other corporate branding. The project has spread across the region and involves nearly 700 refill stations in tourism hubs. In Cambodia, some 110,000 bottles have been sold to date.

Some companies are empowering their customers in the simplest ways. Foodpanda, a food home delivery company in Thailand sourcing from over 100 restaurants, celebrated World Environment Day on June 5 by providing an opt-out on plastic cutlery. "Most people enjoy food at their home or office where cutlery is already available, meaning the plastic ones are immediately thrown away," said Bonnie Sananvatananont, who oversaw the initiative.

Proponents believe every little initiative helps in the war on wasteful plastic. "If you were to take just one, it might seem like window dressing," says Jerker Tamelander, of the United Nations Environment Program. "The problem is so vast, and touches so many parts of our society, you need this diversity."

David Attenborough, the nonagenarian British naturalist and documentary maker agrees: "The actions of just one of us may seem to be trivial and to have no effect. But the knowledge that there are thousands, hundreds of thousands of people who are doing the same thing -- that really does have an effect."

In February, the Church of England encouraged worshippers approaching Lent to "give up single-use plastics -- to reduce the actions which damage God's Creation."

In June, Indonesia's two largest Muslim organizations, the Nahdlatul Ulama and Muhammadiyah, endorsed the campaign to reduce plastic waste as being "in line with Islamic values."

With such broad agreement, plastic correctness is on course to becoming a secular universal doctrine.

Nikkei staff writers Erwida Maulia in Jakarta and Justina Lee in Singapore contributed to this report.