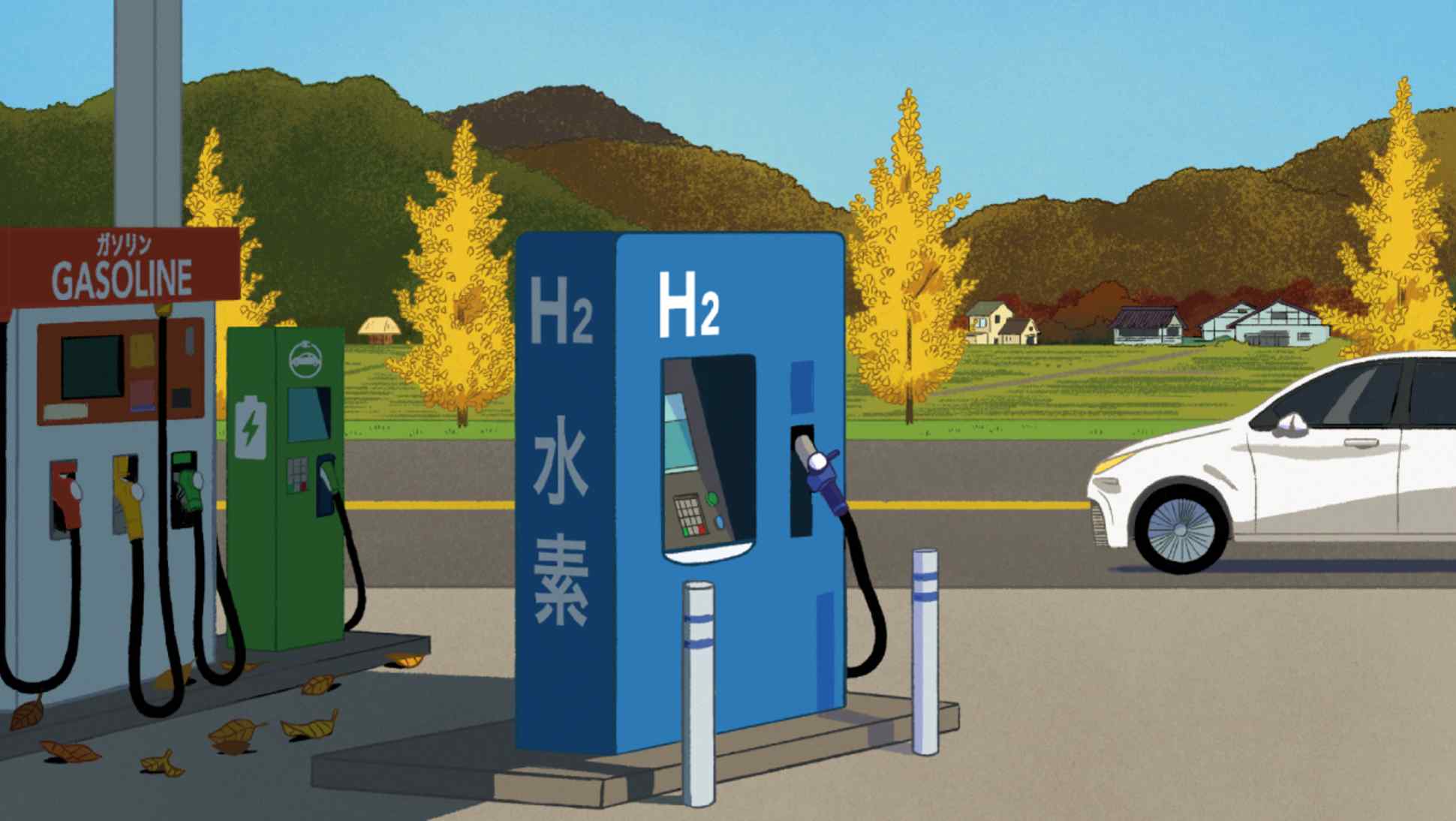 Japan boasts the largest network of hydrogen filling stations in the world -- a symbol of the government's faith in the future of hydrogen, and its efforts to win the race to commercialize it.   © Illustration by Chuan Ming Ong
The Big Story

The revolutionary fuel is costly -- and key to slowing climate change. Will it pay off?

TOKYO -- While it looks like any other filling station in Japan, the Iwatani Hydrogen Refueling Station in the Shibakoen neighborhood of Tokyo is distinguished by three things: the large "H2" on the pumps, an absence of any smell of gasoline, and the lack of very many customers. Five cars in one hour were considered exceptional, according to one station employee last Wednesday.

And this was one of the busier days he had seen, at one of the busiest hydrogen refueling stations in Japan. "Generally speaking, other stations average around three drivers per day, but here we see 30 customers," said the employee, who asked that his name not be published as he was not cleared to speak to the press.